Why have we waited this long this summer to publish this report? Because we have been busy connecting people to the mountains, of course! The backcountry ski/snowboard season was extended, and summer alpine climbing has been off the hook. Finally taking a breather to catch you up on how things are doing out there, if you haven’t been out there doing your own reconnaissance.

The record wet winter/spring of 2017 has changed the tenor of this report from previous seasons featuring record drought. This year the solstice passed us by with tons of snow in the high country and on the trails. Avalanches destroyed many trails and bridges and runoff was so high that rivers buried crossings and made for treacherous conditions to get around in. Approaches on snow were heavily sun cupped for a while and made for tricky walking in some places, while burying talus fields and making them easier to travel in others. A long transition led to numerous hikers and climbers having encounters with subnivean hollows and water hazards. Some of these included both injuries and fatalities.

Runoff peak has come and gone now that it is August. Snow holes are less of an issue and most trails are exposed at this point. Climbing the high peaks does often still include some steep snow travel. To date the temps have been high enough above freezing at night that it has been relatively easy to kick steps with boots or even get away with lighter footwear (with or without crampons) for smaller slopes in the afternoon. Now the snow is starting to age and harden. Expect night time temps to drop in the coming weeks. This may make for trickier snow travel in approach shoes or without crampons in areas where snow lingers. You’ll find this in places where avalanche debris may have been deposited this winter, or in more shaded or sheltered places that would have seen more snow loading and accumulation in winter storms.

Many couloirs are still full of snow. This is a nice change from the last 5 years. Realize that the tops of couloirs are more exposed to the wind as the storms come in and may have a lot less snow than further down the slope. There is bare rock and scree underneath. Once the season’s snow disappears from these places the rockfall danger will increase. For now, the quality of the snow climbing and cramponing up high is good, particularly early in the morning. Great time to go cruise some alpine snow routes if you have the skills for it, with normal precautions. Realize that bergschrunds are particularly problematic this year in some places due to the wet nature of the storms in January that caused the snow to creep and glide at a rapid rate.

Here are some specific details of interest to many: 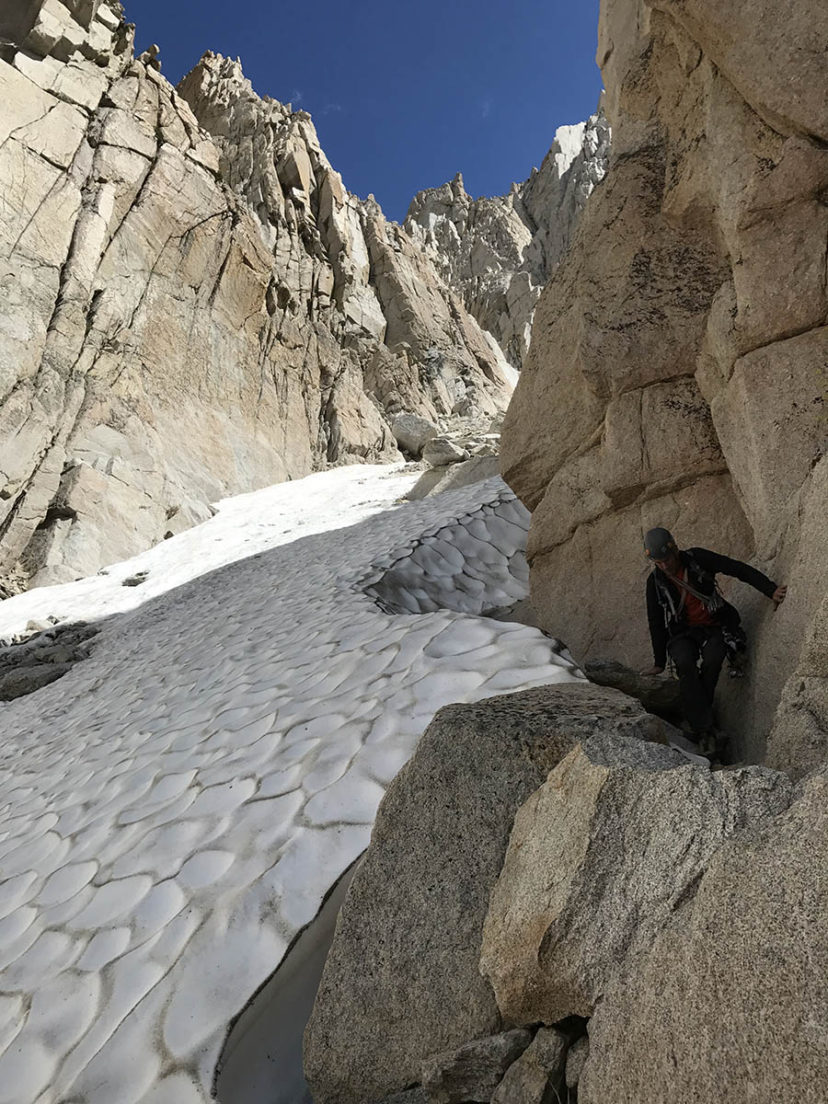 Snow is avoidable in the Hulk decent gully.

A note about High Sierra alpine ice climbing: For those who may be anticipating the alpine ice season, you might want to consider carefully the state of these climbs. Many classic ice routes lost 50-100% of their alpine ice in the past 5-10 years. The only places near the Sierra Crest with more than 90% of the ice intact at the end of the 2015 record drought season were North Peak and Mount Conness. Some classics, like on the North Faces of Mount Gilbert and Mount Thompson had no true alpine ice remaining. The U-notch couloir in the Palisades was bare to down halfway from its top. We will have to see what happens, but most couloirs with ice got so much snow this winter that it may not be exposed before fall snowstorms return. Alpine ice takes a long time to form. How many big snow years like this one? I’m not sure anyone knows. If you are happy to get up early and climb the nevé snow, then you will be satisfied this late summer/early fall. If you are waiting for hard alpine ice climbs to emerge, prepare to be a bit disappointed. If you are wanting to stick to alpine rock climbs and ridges, prepare to be rewarded with stunning alpine ambience and probably continued warmer than normal temperatures.

Another reminder is that summer/fall is perfect for rock climbing on the Eastside. We have 4 new secret beginner crags in the region, so join us to learn to rock climb. Or, let’s go climb single and multipitch routes in Pine Creek, Rock Creek, Bishop Creek, Mammoth Lakes, Clark Canyon, Benton Crags, Sagehen Summit, Lundy Canyon, Whitney Portal, Alabama Hills, Owens River Gorge, and many others in the coming months!

Hope you have plans to play in and around the mountains, and let us know if we can offer you information or guidance. Our guides have been busy and happy, so the sooner we can get dates scheduled, the better. See you out there! 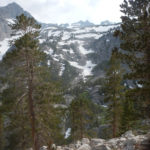 Snow patches to the glacier in July 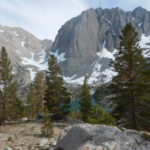 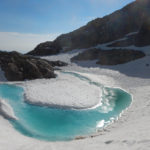 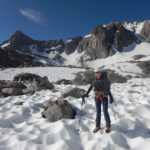 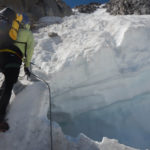 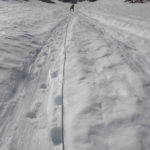 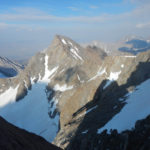 Mt. Sill from near North Palisade 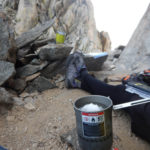 Snow melting on the Sierra Crest. 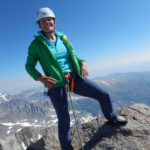 High in the Palisades with Candace! 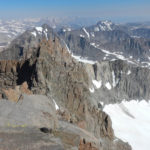 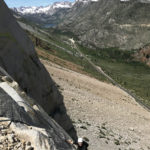 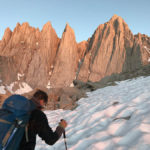 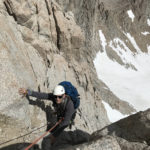 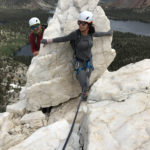 Tarlan and Mamood, looking Vogue on the Crag du Crystal. 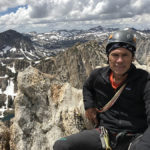 Ney on the summit of the Hulk in July, with Yosemite north border zone in background. 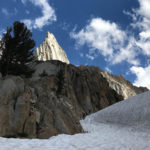 This patch of snow in Little Slide Canyon is still over 10 feet deep in places. Probably not going away before next summer.