Hey ice climbers. This is our final report for the season. SMG guide Geoff Unger guided ice in Lee Vining Canyon on March 29, and I was up there guiding on April 5 on what was probably my last day of ice guiding for the season.

The approach has change a little since our last report and the name of the game is variable conditions. We are in a transitional spring snowpack with everything from dry talus to mashed potatoes snow, to super firm snow.

We carried snowshoes for half of the approach and they were nice for the steep snow above the narrows but were not needed.

The road was in great shape and dry, and the talus feild at the start was bare of snow and overall easy walking similar to what we had until mid January of this year. 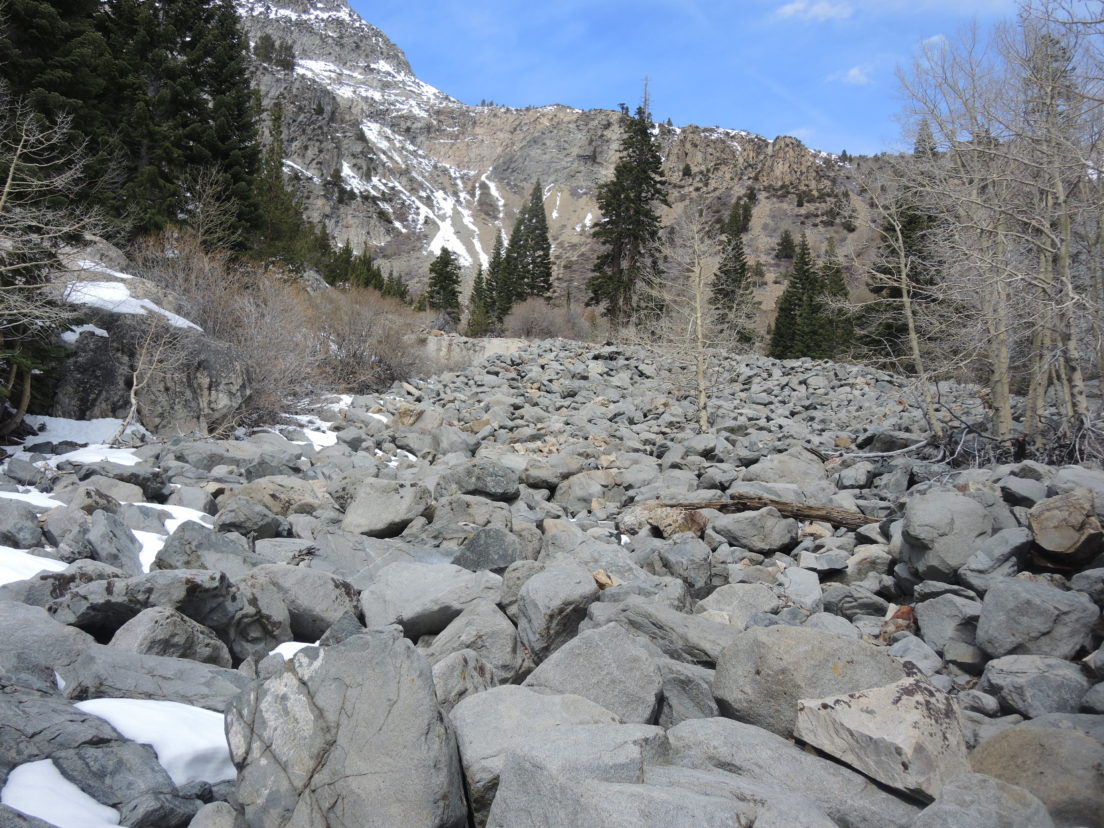 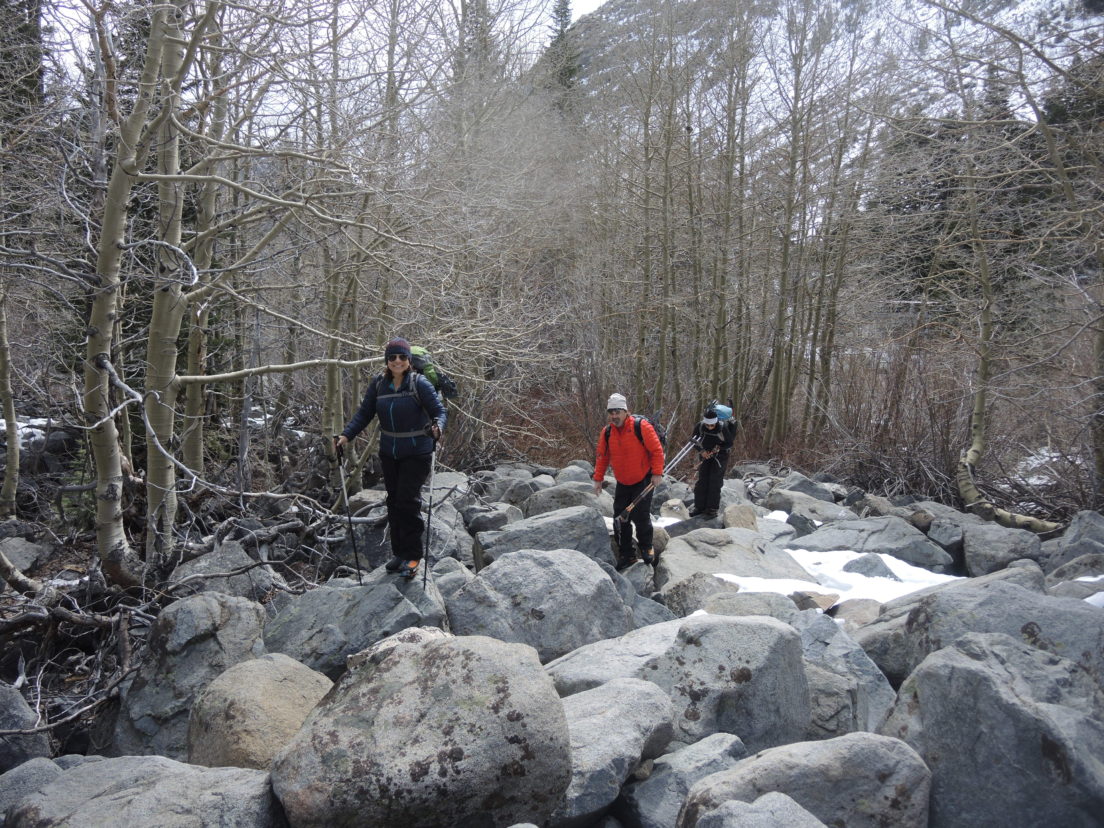 Edison Power is still releasing water through the creek bed and the creek crossing still looks like a high probability for swimming. (There are a few trees that have been dropped across the creek now by some community service efforts but will test your balance with some high consequences of a swim) 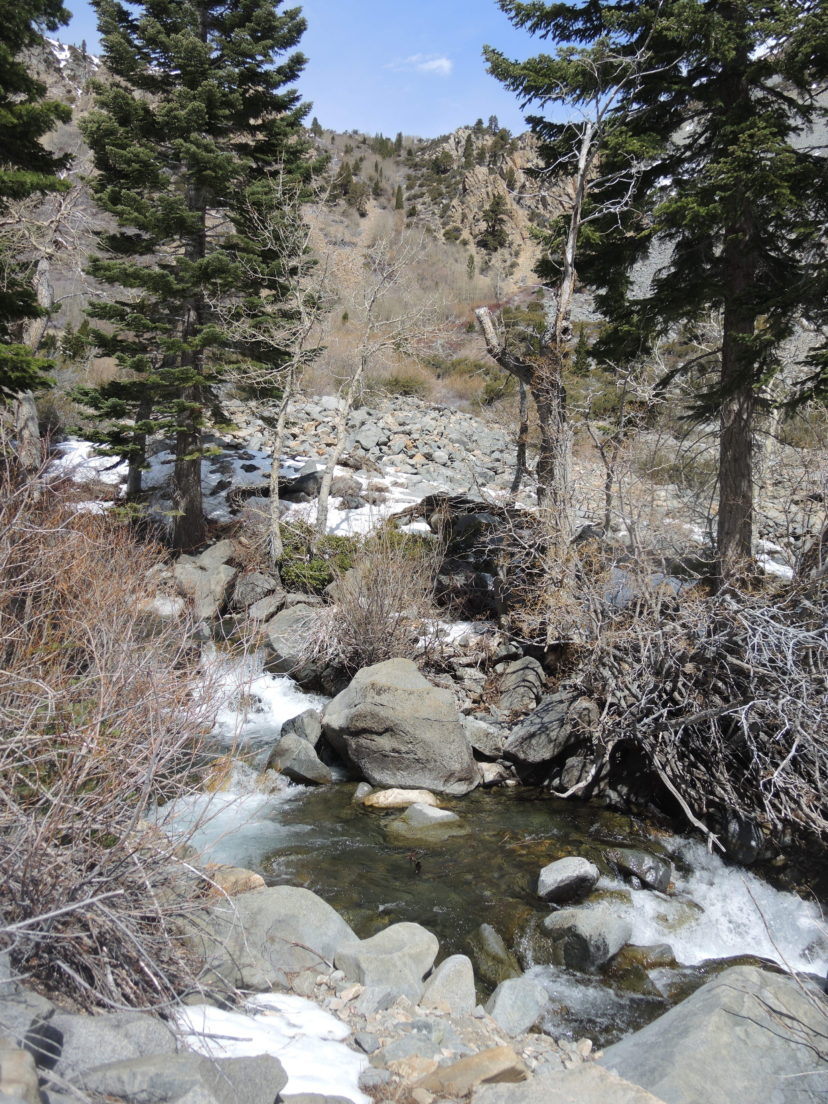 The south side of the creek approach has still been the best route overall and still has some hazard crossing steep slopes well above the creek. 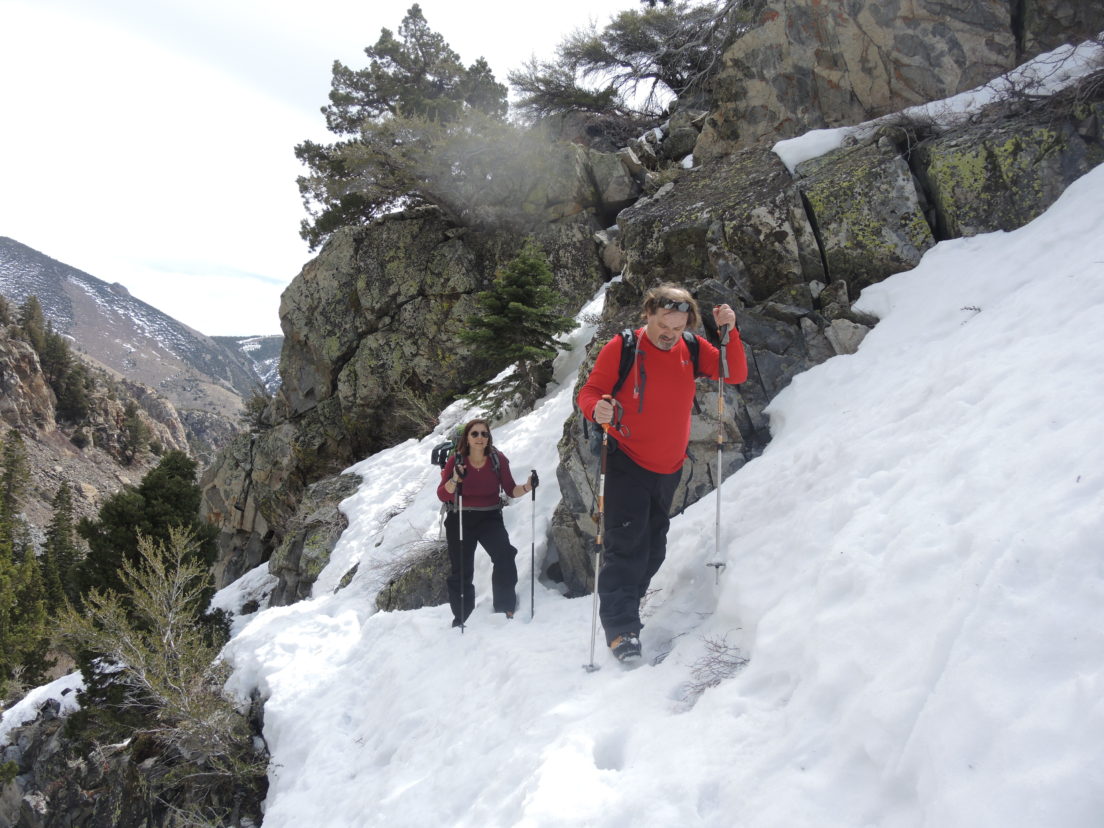 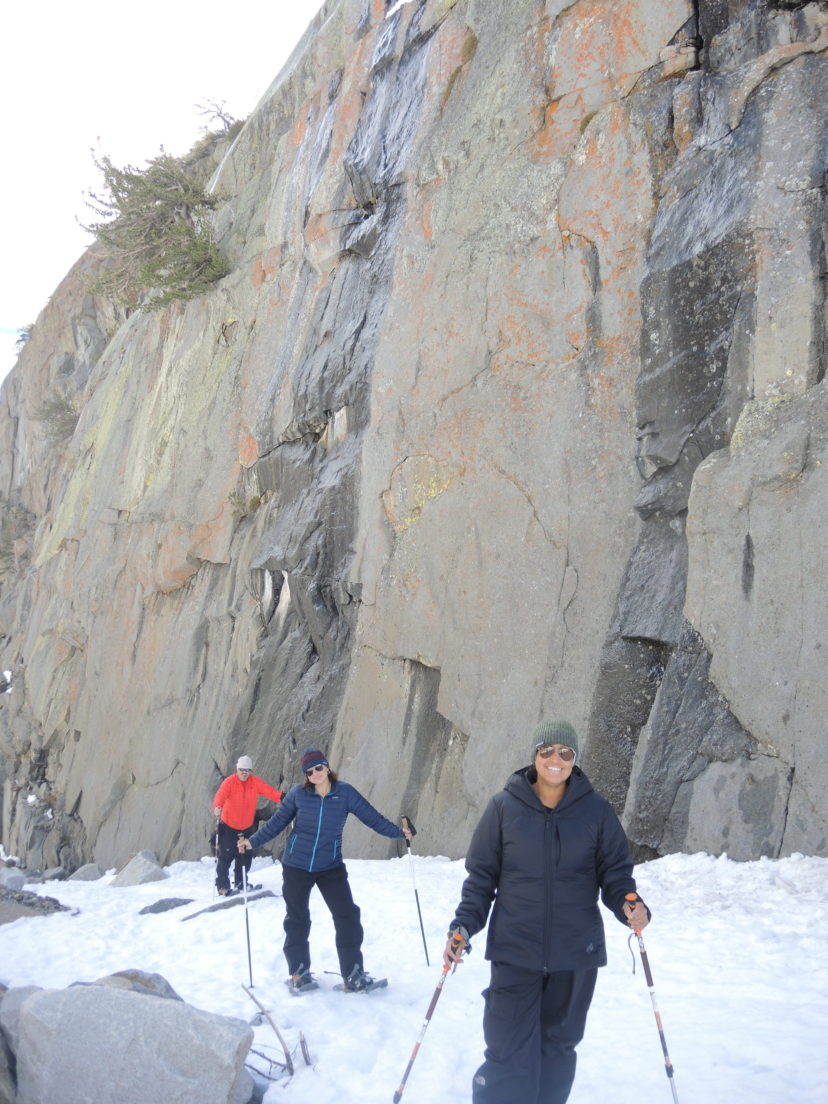 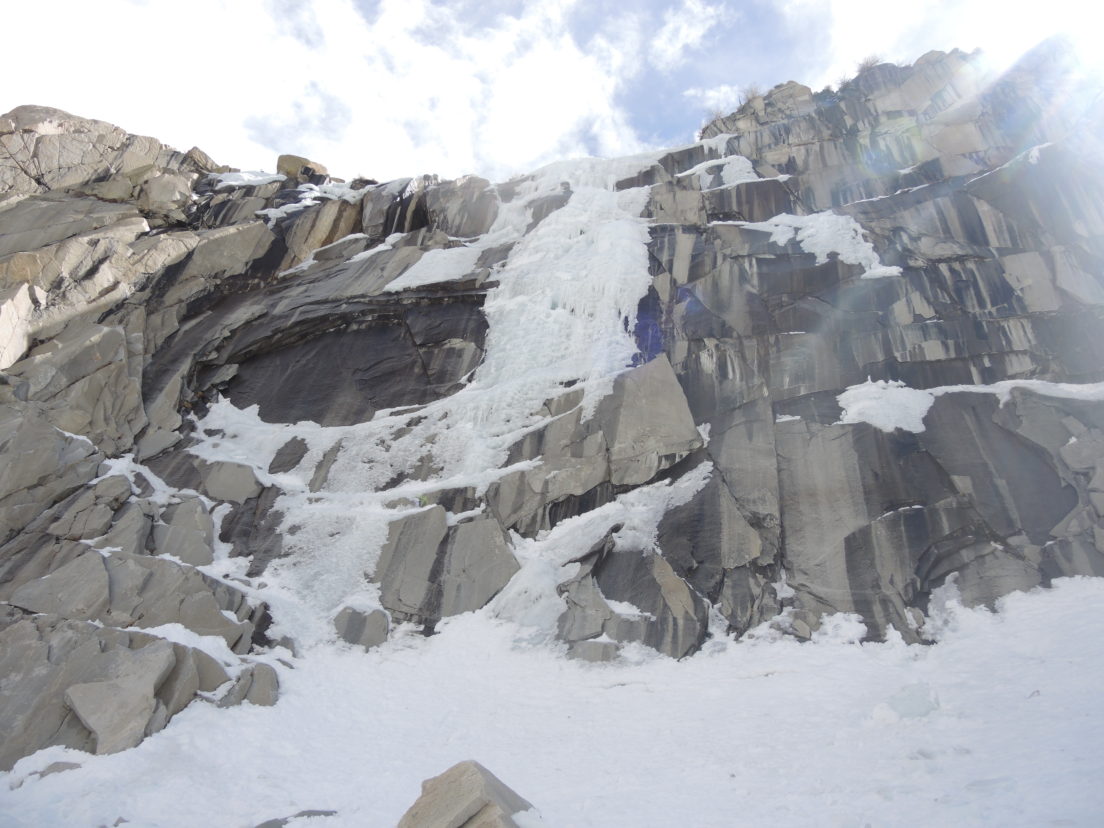 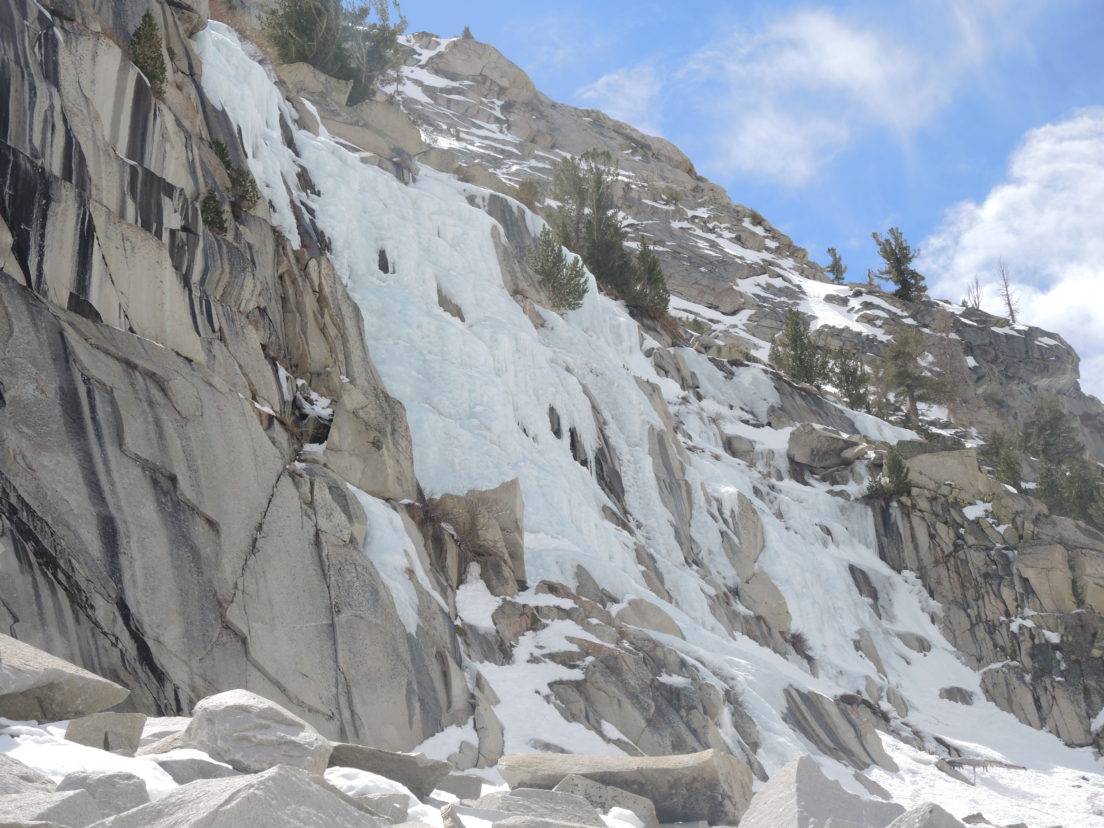 Snow was pretty soft by afternoon for the hike out 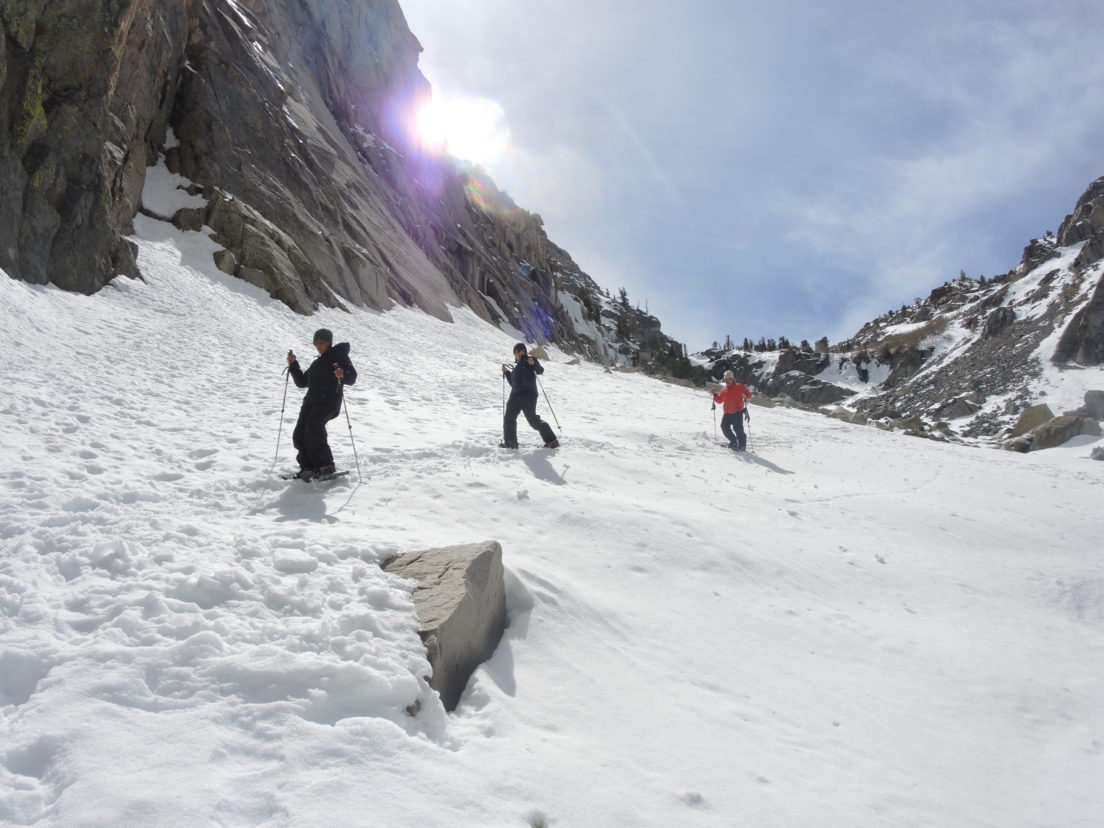 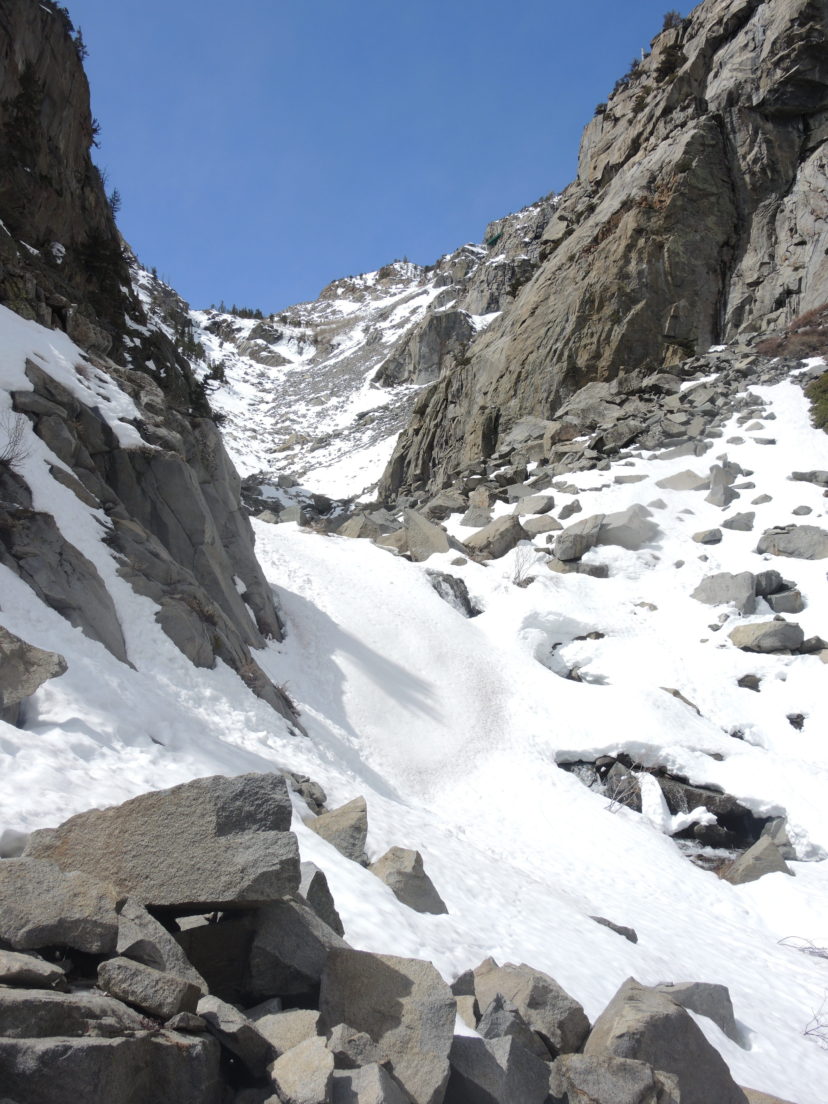 Rain all day yesterday and today so things are probably changing but unless it gets below freezing for a while it may be wind down time for ice this season.  Time to get up in the alpine.

See you out there in the mountains this summer or out on the Ice next season!!!