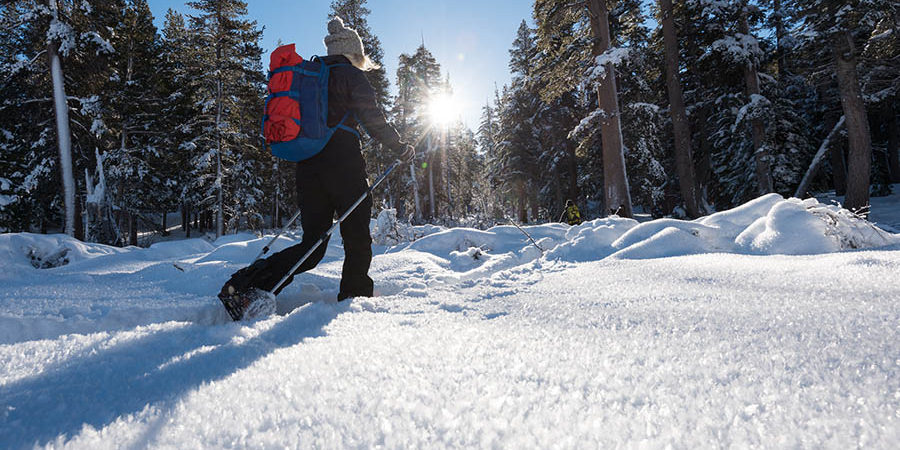 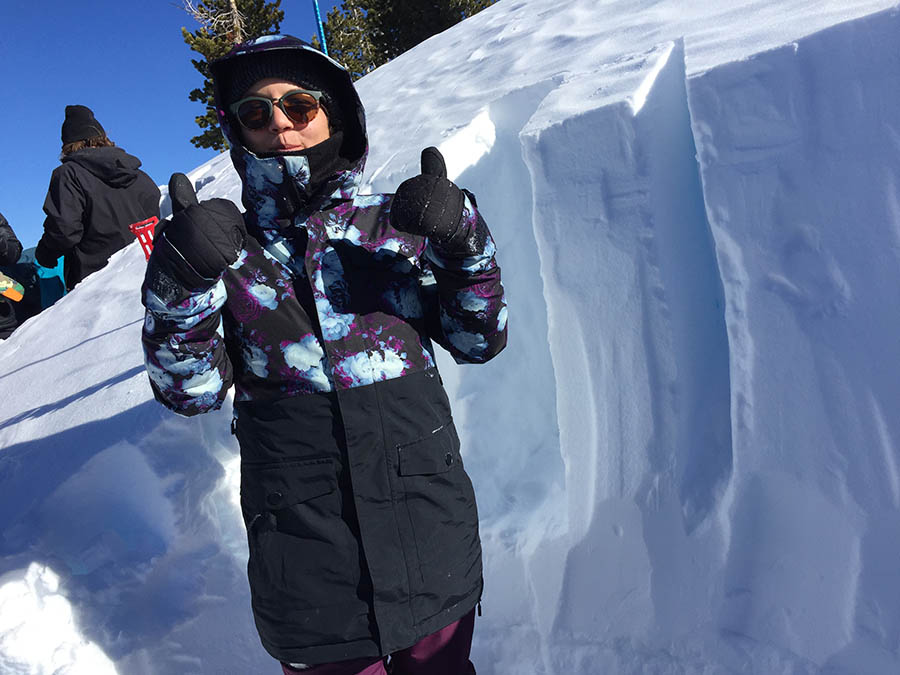 This installment of the BC Snow Report comes after an excellent week plus of early season backcountry skiing and riding. The last storm came in last Thursday wet and heavy with rain up to 9000’+ before cooling and amounting to more than 3.5 feet of snow in 24 hours at 9000′ on Mammoth Mountain. A record 14 inches of liquid water equivalent fell in this period but, unfortunately, a large amount of that fell as rain. It was a shocking 65 degrees in Bishop on Thursday morning before daybreak and it took some time for the cool air brought in by the storm to enter the region and change rain to snow. Though the Eastside high deserts and rain shadowed far-eastern lesser peaks blocked by the Sierra Crest are still pretty barren, the high mountains are looking quite coated white after the storm. The heavy, warm snow allowed terrain to be coated, even on sunny and wind exposed aspects. This was an excellent base-building snowfall and the heat that was added to the snowpack has hopefully helped to bridge and/or bond any isolated remaining persistent weak layers buried deep in the snowpack. We found 180cm of settled, well-bonded snow yesterday in Red Cone Bowl with an extremely dense mid and lower pack. If you have no idea what I am talking about (and even if you do) be sure to check out the Eastern Sierra Avalanche Center public avalanche advisories for the latest on the avalanche danger situation, and consider taking an AIARE avalanche course with us this season.

Since the storm, we have seen seasonably cool high temperatures overall combined with the low solar radiation of the winter solstice. This has kept the riding conditions decent up high on all but the sunniest and most wind affected aspects. Cool, clear nights have promoted surface faceting which has made surface conditions better every day. Sheltered and shaded facet powder has been the ticket, excluding terrain with tight trees hit by sun, causing snow to fall off of branches to the surface. Even those areas aren’t too unpleasant though.

Really a lot of great places to get some turns out there. Road is plowed to Virginia Lakes, June Mountain backcountry is on, Road is open high to snow in Bishop Creek, and even lower areas in the Mammoth Lakes Area such as the Sherwins and Earthquake Dome, are reefy yet just barely rideable. 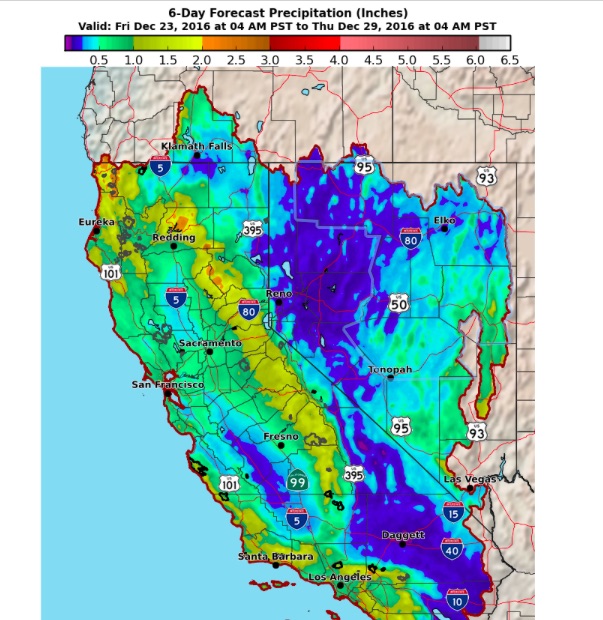 6-day Quantitative Precipitation Forecast for the Sierra in inches of water on 12/23.

Of course this conversation is somewhat irrelevant because another big storm is on tap and slated to arrive today! This one looks to be quite a bit colder and the forecast is suggesting 2″ of H2O which means ~2 feet of snow over the length of the High Sierra Crest. With forecasted snow lines first above 7000′, then dropping to 4000′, we may get the coverage we need to open up more terrain outside of the Mammoth-June moisture belt. Either way, we expect the backcountry season to be in full swing by Christmas, a situation we really haven’t seen to this degree since the 2010-11 mega record-breaking season that we all took for granted before the drought.

Will this be the return of the legendary Eastern Sierra snowpack? One more last minute thing to ask Santa for I suppose. Enjoy and be safe out there! 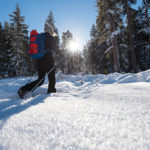 Tromping through the surface hoar on 12/22. photo: Miles Weaver 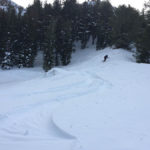 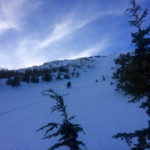 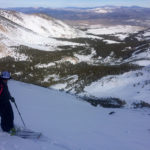 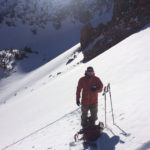 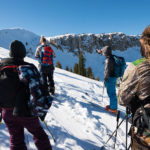 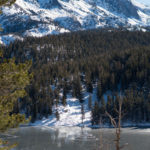 A backcountry ice skater makes a snowman for us on the ice. 12/22. photo: Miles Weaver 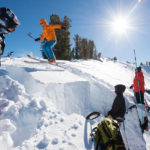 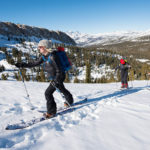 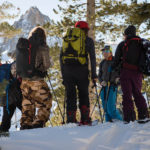 IFMGA Ski and Mountain Guide Howie Schwartz and the AIARE 1 class from Amusement Mountain in the Mammoth bc on 12/22. photo: Miles Weaver