Hope you are all well this holiday season and looking forward to more snow. We are all due for it here in CA. Nature owes us big time. That said, the last 3 years of drought have provided a few of my best Eastern Sierra ski days ever. Just imagining what a return to average might yield is as exciting as anticipating the coming storm. But before I go into that, here’s what you may have missed so far:

October and November were largely a bust, compared to other mountain venues in the US, as has become the norm over the past 3 seasons. If you love rock climbing and backcountry ice skating it’s been good. It was warm and mostly dry other than a couple small storms that produced a bit of snow that all but disappeared. Mid-November brought a cold spell and in early December we got our first decent winter storm. 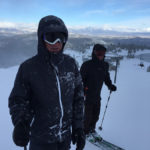 The great Glen Plake and SMG ski guide Mark Shelp ski at Mammoth Mountain during a short break in the storm. 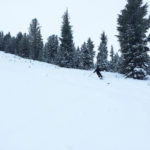 Fresh untracked pow at Mammoth was surprisingly supportive on 12/3.

This produced up to around 1.5 feet of warm, dense, base-building snow at the higher elevations in the Mammoth area, significantly less at lower elevations and latitudes. Snowline was around 7000′ and it rained at times up to 8500′ or so. The past week has been warm again and much of the snow that fell has been melted, sublimated, or blown away. Shaded and sheltered slopes above 10,000′ are holding though. I don’t personally know anyone who has dared to venture into the backcountry yet around here, but I imagine they are already out there tearing it (and by “it” I mean their skis/snowboards) up.

But the real reason for posting this now is that the storm door is opening just in time for the holiday and there is another series of storms on the horizon. Our snow dance worked! (check it out on our Instagram @sierramountainguides #snowdance, #reversethecurse, #skiingcaliforniasdrought). The GFS model forecast is showing a powerful storm due to arrive Thursday with a subtropical moisture tap off the Hawaiian islands. This is forecast to dump around 2 more feet in the Mammoth area. A couple smaller systems are set up to follow after that, then another good one in the long range potentially around X-mas Eve. So we should expect the backcountry season to veritably start this week in the Mammoth area, particularly in isolated high places without a lot of large ground cover and it will likely ramp up to full speed ahead soon. 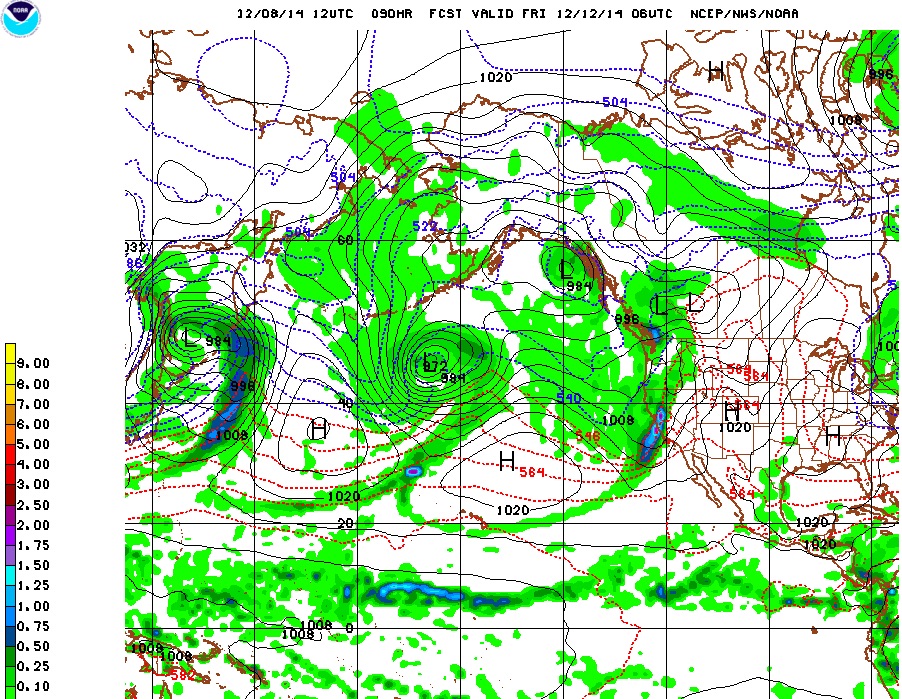 Do be aware that the Eastern Sierra Avalanche Center is undergoing a transition and nobody knows at this point what level of forecasting operation we will see this year. It most likely won’t be up and running until at least the the 1st of the year and when it does we may see a reduced level of information output. We’ll keep you updated as we hear the news on that. For now, just prepare for a season of good decision making, consider signing up for an avalanche course, and realize that you are going to have to do more information gathering on your own as part of your personal avalanche risk management this season.

Thanks for checking out the ESBSR and looking forward to seeing you out in the bc.  ~ Howie