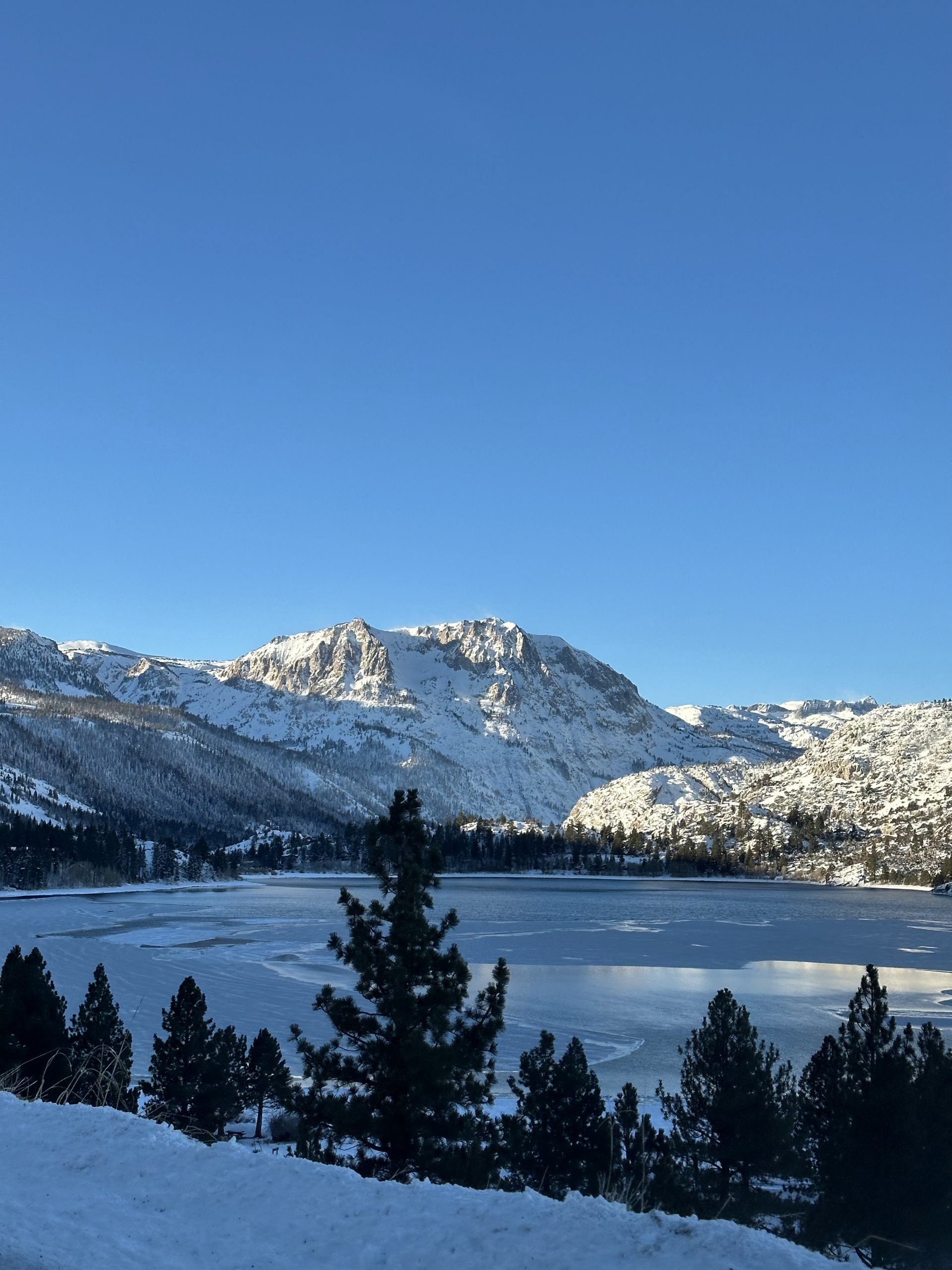 I think we’re in for a very interesting season of ice climbing here in the Eastern Sierra. I was out guiding in June Lake and in Lee Vining Canyon over the last couple of days and the times, they are changin’!

This past Wednesday, the first clear day after Tuesday’s storm, I was in June Lake with two guests, Mckenzi and Young. We climbed Horsetail Falls and enjoyed a beautiful day in the mountains. We observed mostly clear skies, with light to moderate winds from the north blowing snow off the ridge tops and spindrifts down the cliffs, with oddly warm temperatures easily above freezing.

We were the first people up the tram track since the storm and used flotation to stomp in a new track. The snow was very moist and heavy which made our approach slow going. We observed quite a few avalanches that ran during the storm left of tatum falls, and below the tram track on your way over to North Gully and Horsetail Falls. North Gully was mostly filled in with snow, and looked more like a ski run than an ice climb. We were able to mostly excavate the fixed lines on our way up, clearing snow up to my chest. Once we made it to the base and dug out, I led up the right side of the falls all the way to the bolted anchor to set up a top rope. From the base, the ice looked to be in quite nice condition, but as I made my way up it was clear the warm temperatures had severely affected the ice, turning it into borderline slush in some sections. Conditions did improve throughout the day as temperatures dropped.

Overall we enjoyed a beautiful day in the mountains along with a great group of people to share the climbing. Temperatures are forecasted to reach 42°F today in June Lake with rain and snow. This will likely do some damage to the ice, but the temperatures should cool off over the next 4-5 days. Keeping my fingers crossed HTF doesn’t fall down.

Thursday, my friend/client Matt and I ventured out to LVC for his first day of ice climbing. The second storm had moved in by this point, with overcast clouds, moderate winds, and new snow falling at around 2 cm per hour until midday, after which the skies cleared and the precip stopped.

On the approach we used flotation to stomping in a new track, yet again through very moist heavy snow. While the area didn’t receive  as much new snow as I would have expected, the wind drifted snow quite high in the lee aspects and below cliffs. When we arrived at Chouinard Wall we dug out a nice big platform under the Tree Route to stash gear and belay from then enjoyed some fun pitches on the main flows. All the bolted anchors at Chouinard Wall looked to be exposed. We found the best ice to be just left of the Tree Route. Towards the middle we found the ice was still quite wet with running water on the surface, and coming out from pick placements. The Main Wall looked to be in pretty good shape on the upper half, but the lower sections are still looking thin. The “adventure flows”, as we called them last year, on the opposite side of the canyon look like they are building. The Narrows has some very small sections of ice forming as well which I haven’t seen in the past several seasons. This warmer weather has created some interesting things in LVC. It will be fun to see what happens after the storm clears.

Overall we enjoyed a really fun day with some fun winter conditions. It will be interesting to see how this next storm system plays out, and how it will affect the ice conditions. The forecasted high for today in LVC is 36°F, with the rain level rising to 9K feet. Hopefully the forecast for the following days pulls through and we see the temperatures drop off. Only time will tell, but like Bob Dylan says “The times are changin’”. Hope everyone is enjoying the winter season so far! See you in the new year!