Hey there Ice Climbers…Happy Solstice and the celebration of days getting longer!!!

This week we have had some ever changing conditions in ice all over the range, and the high pressure and warm days has caused wet ice and dripping to start to form water ice over the layers of snow that we had last Friday.  This week we have 2 separate videos in our report for Lee Vining and June Lake Ice, and we also have a report from the Tahoe Area.

Check out our new Lee Vining Video Ice Report.  Lots has changed and the big news is that there have been some fun ascents of some of the thin ice in the Narrows.  Two Lines to the Right of Zippos Frozen Booger were sent this week…Our Friends Chris Wright and Geoff Unger climbed the longer and steeper line just to the right of Zippos and Viren and Julie Perumal climbed the in between that flow and “Wicket”. 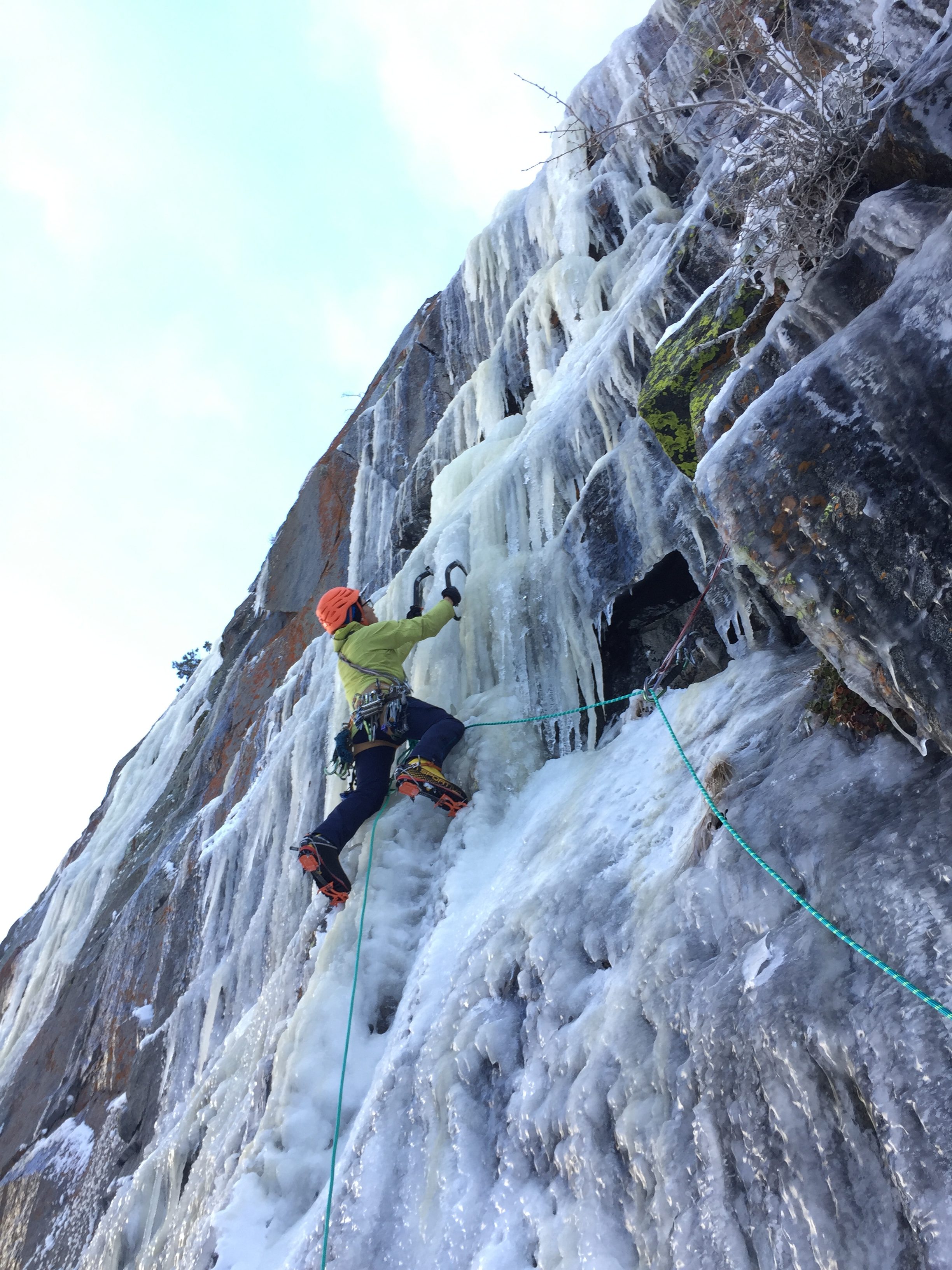 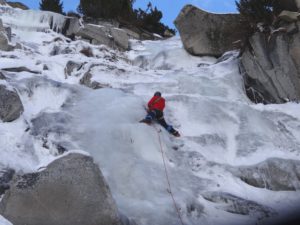 Many lines have been climbed on Main wall  – all of the lines are in though wet in spots and Caveman’s Pillar is still thin. Both sets of bolts are exposed on Caveman, Plumb Line, and Main Line. Spiral Staircase got 3 ascents today, and even a line left of Spiral Staircase called “The Fischer King” got a Proud Ascent this week. 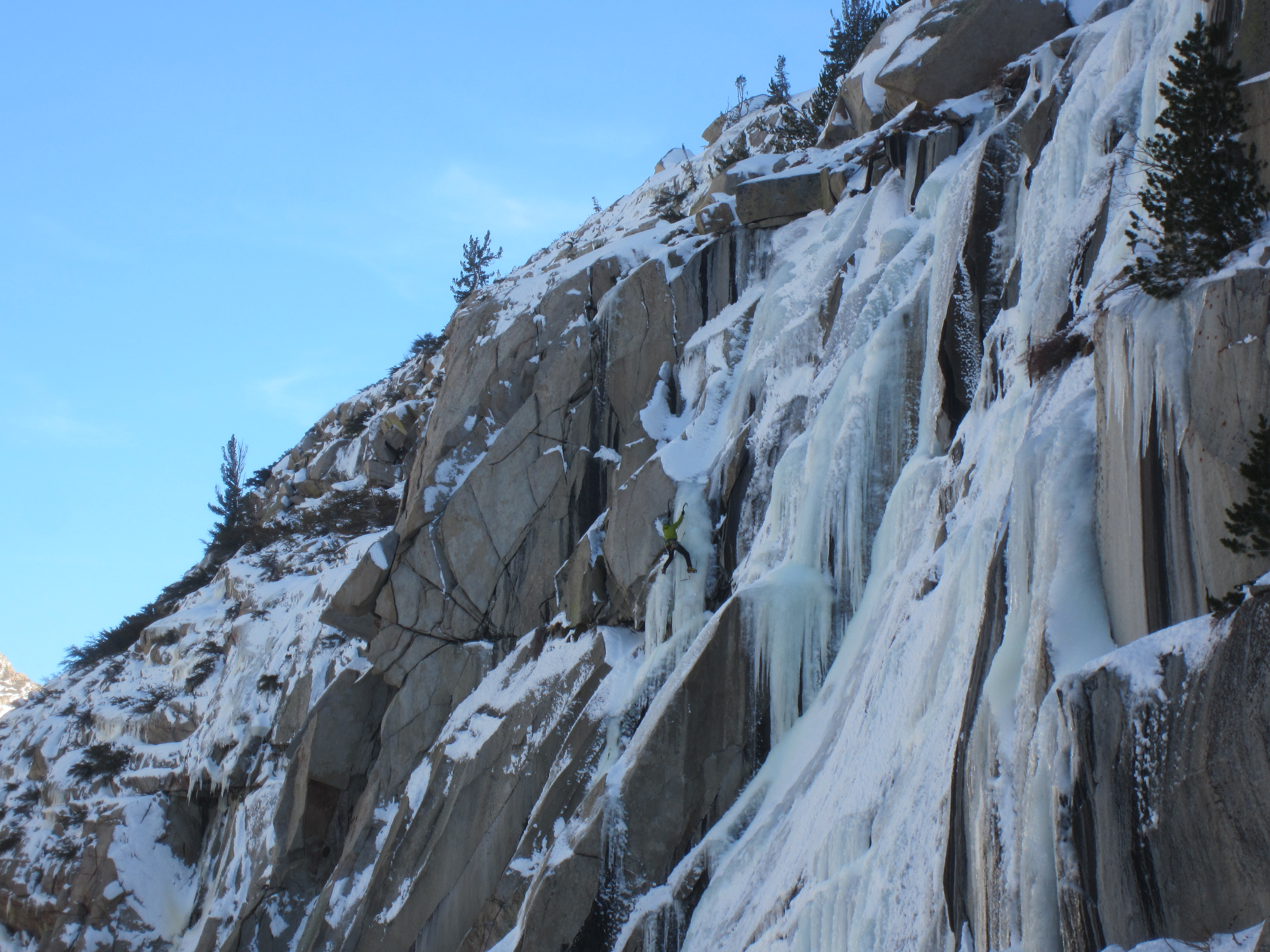 The Approach is still the same as from our last report and the road is friendly for lower clearance 2wd vehicles….Please Carpool to minimize our impact on the crag parking and the environment!!!

Our friend Zack Schneider from Mammoth Climbing Guides took a trip up to Parker Canyon this week and shared this report. “…Checked it out today. We were able to drive to the upper parking , Parker bench no proplem. The approach was okay till about 1/2 way in the thicket and then deep post hole snow to the base. Snowshoes helped. The ice was great, fat, and blue. Super fun but not really worth the hike for a 100 feet of climbing.”

Still looks fat but I’m waiting on another cold snap before getting on that sun baked piece of ice!!!

This piece of ice has grown really wide with some fun drips to the left and right of the main flow that have not formed in recent years.

The Ice seems to have grown to almost filling in the water – we are waiting on some photos from a party that I spoke with today, but I would guess this is in condition.

Other East Side Ice

Though the June Lake loop road is open the ice above the rush creek trailhead has melted out and has a lot of running water and is out of condition. No word on the condition of Lundy, but my speculation is much of the lower angle ice would be covered by snow.  There are some great looking drips on Carson Peak as well as right behind the Double Eagle in June Lake.  New flows are formed above the parking lot at the Poole Power Plant in Lee Vining.

Thanks to Chris Thibeault we have some photos of Coldstream Canyon Forming up.

“It’s forming up better than before! By the weekend it should be much fatter.” 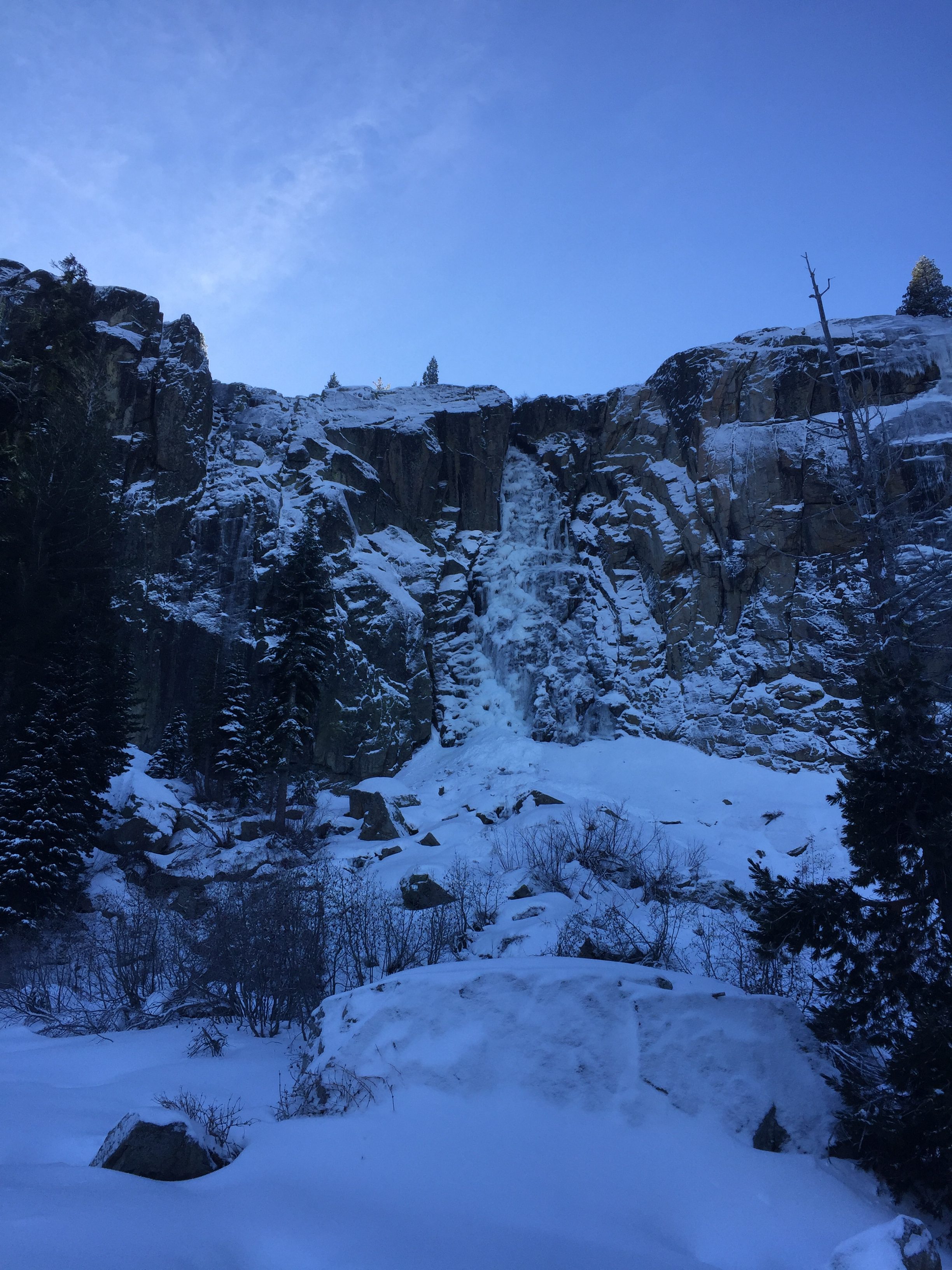 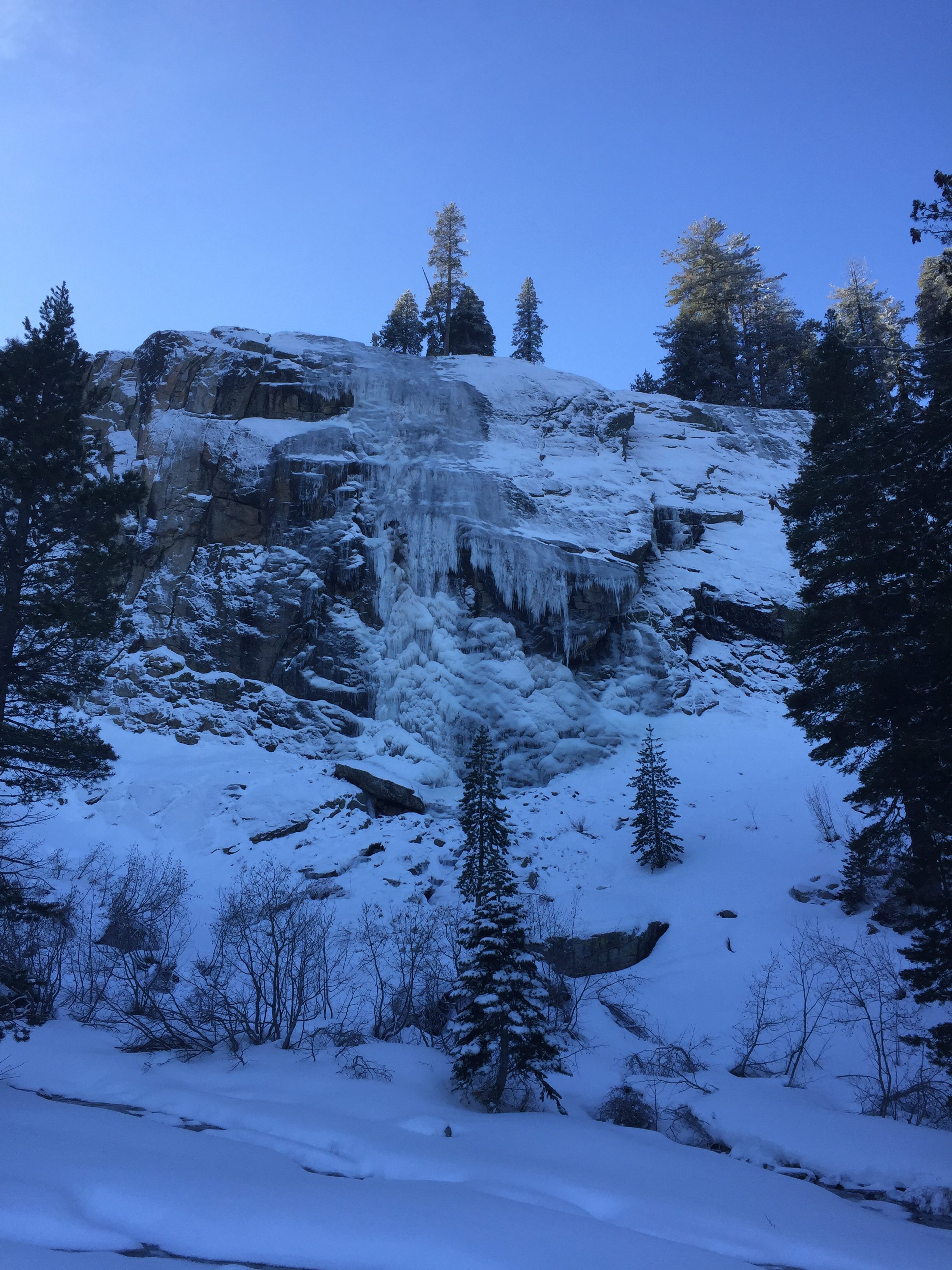 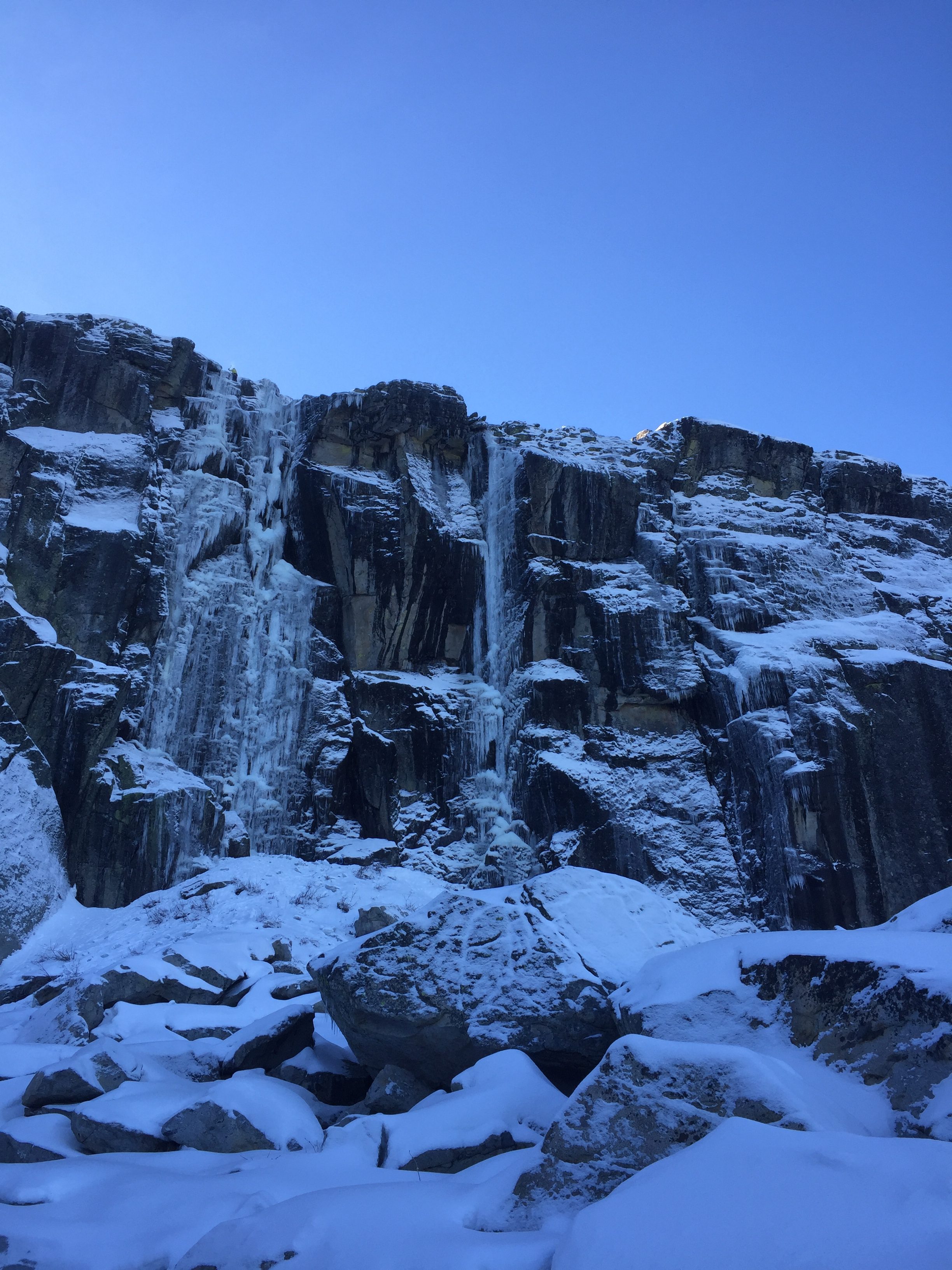