Hi there Ice Climbers. Christmas is behind us and the days are getting longer as we approach the New Year! SMG ran our first Ice Climbing 101 program for the season, and we found some fantastic ice. Overall conditions are thin given the warm daytime temperatures but long cold nights have been helping things out.

June Lake has the highest concentration of easily accessible ice right now. There are several gullies on Carson Peak that keep growing and looking better and better. I have still not been able to get out to guide these since I have not had any low ratio days.

Roadside Ice is in and taking screws it is still growing with the cold night time temps and then shrinking during the days. 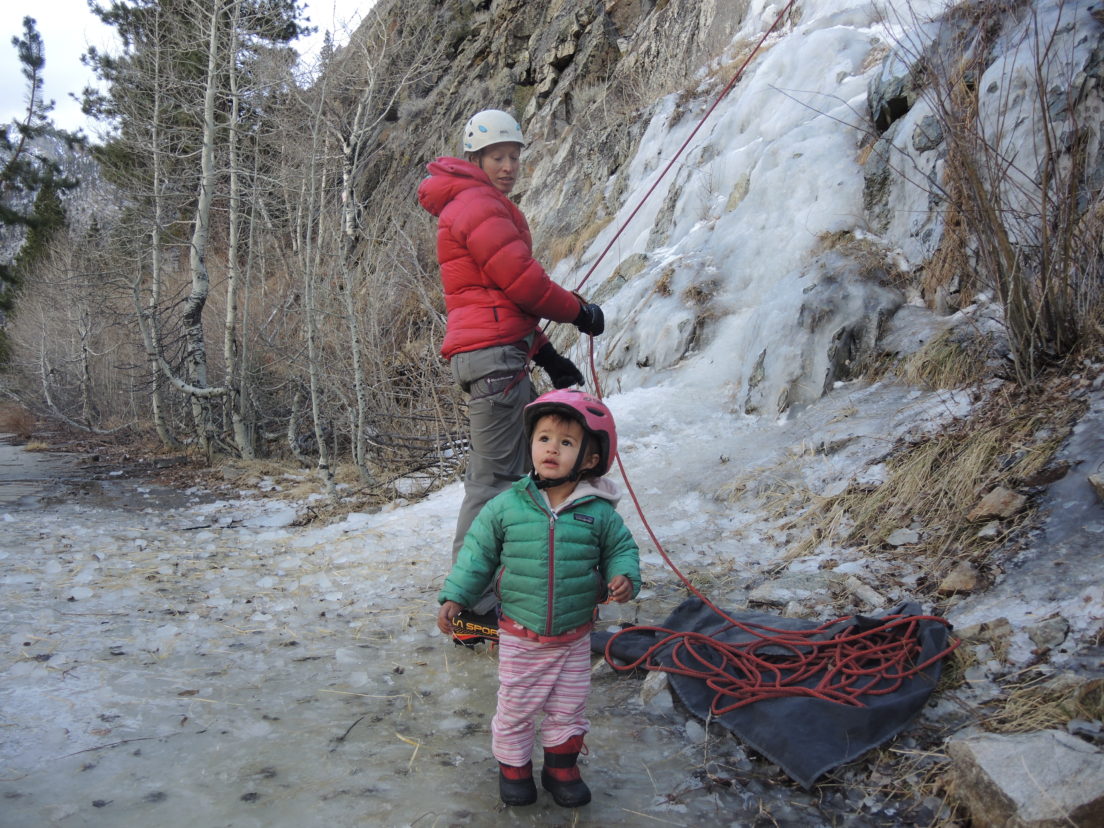 We found North Gully of Horsetail is in fantastic shape and fun without the snow on ledges making it a nice long 2-3 pitch route. 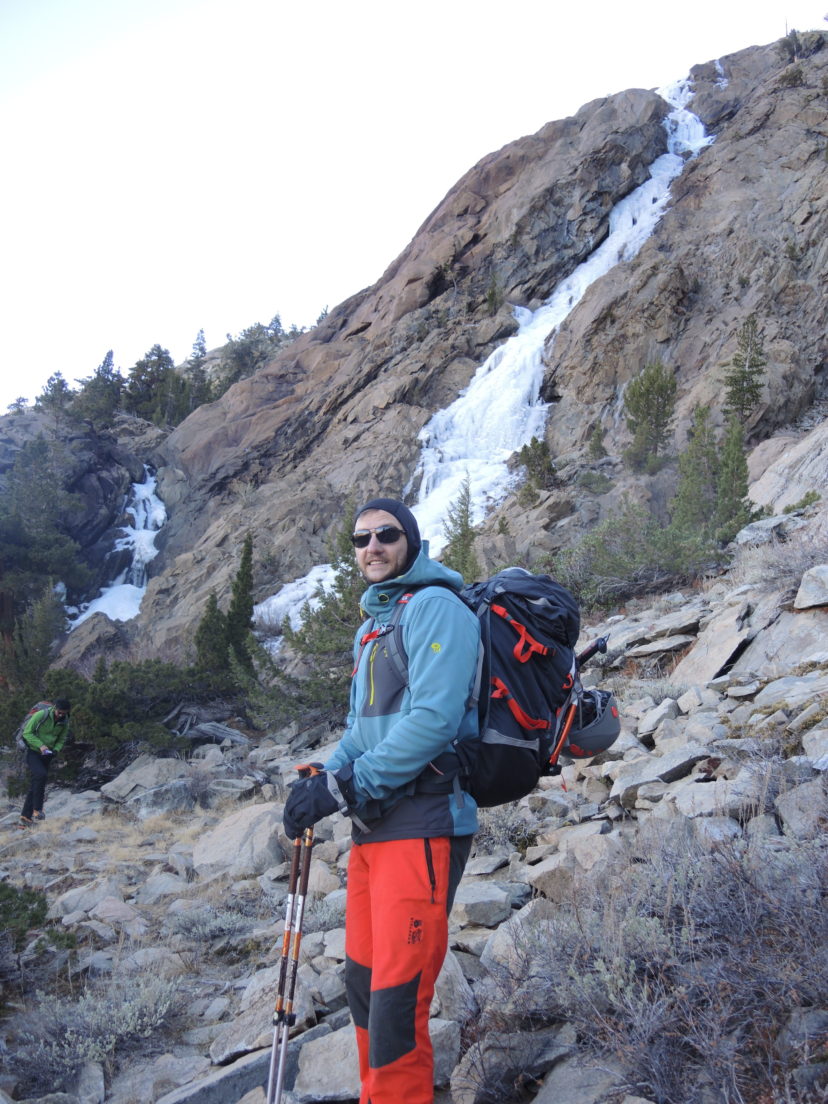 Mikhail at the base of North Gully Ice 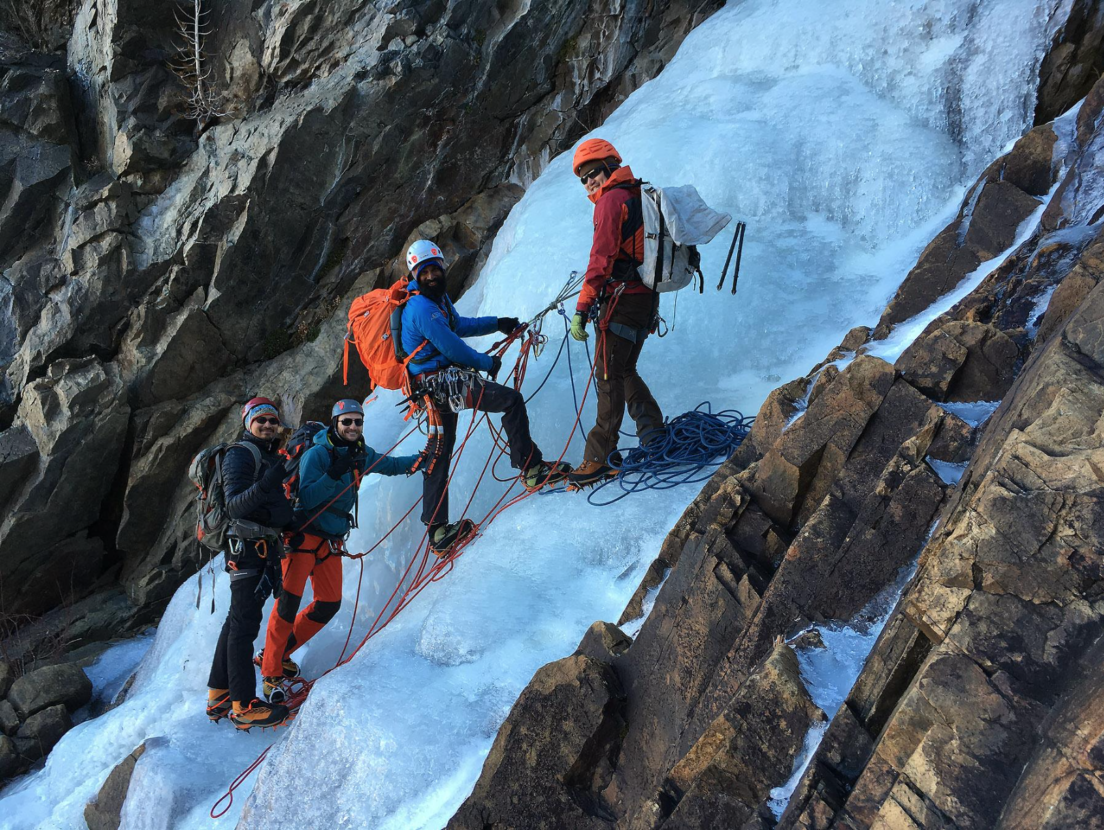 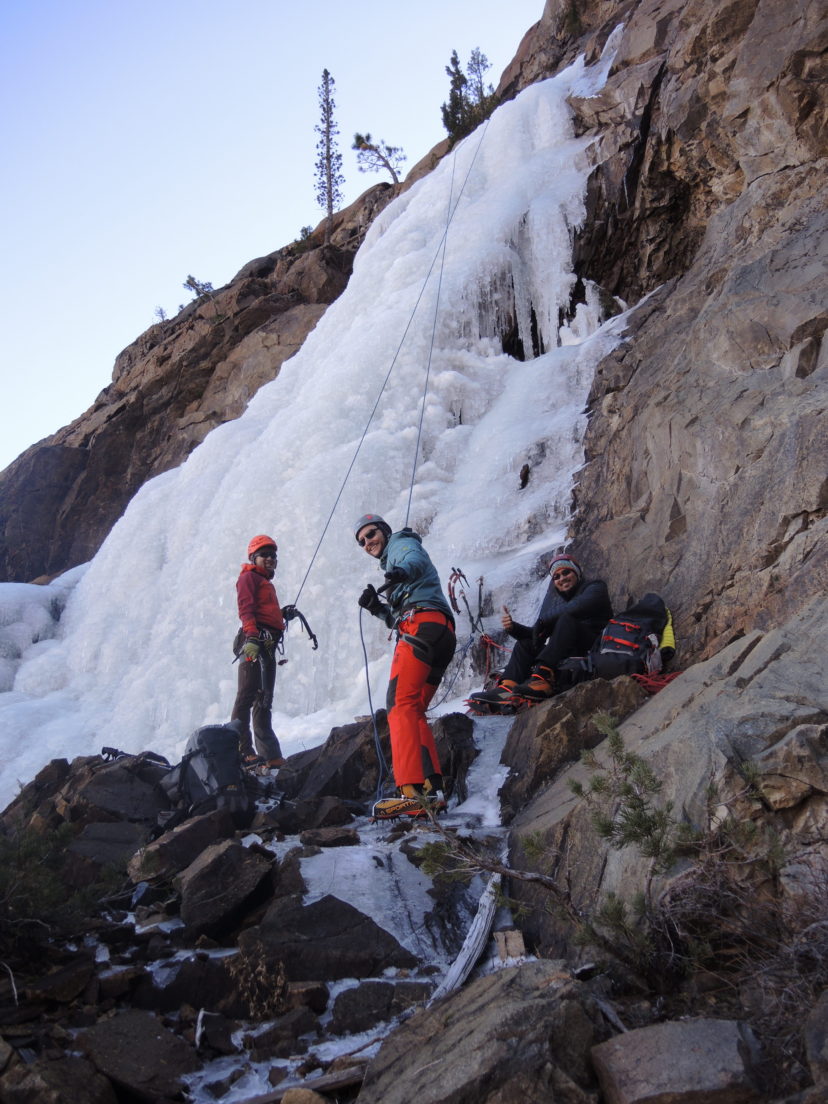 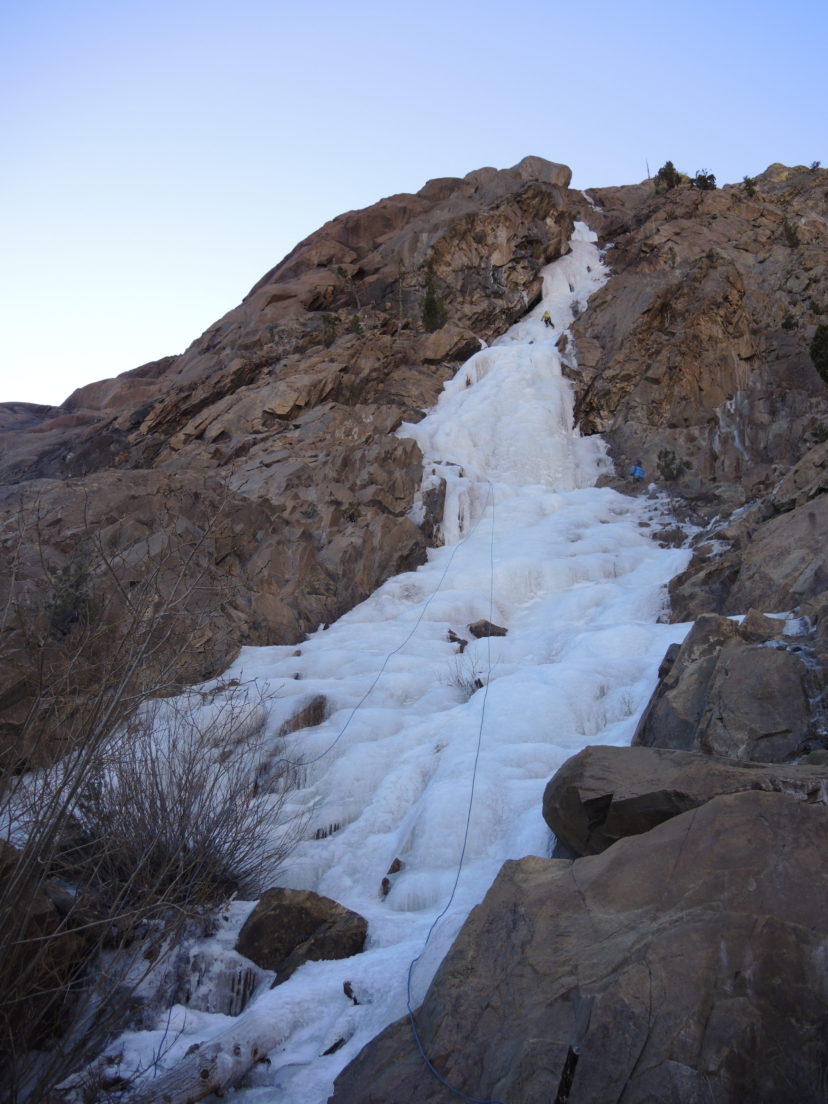 Three parties climbed it on the day we were there. We did not climb the upper pitch but we heard that it was thinner ice with water flowing under the surface and it even had a few rock moves. 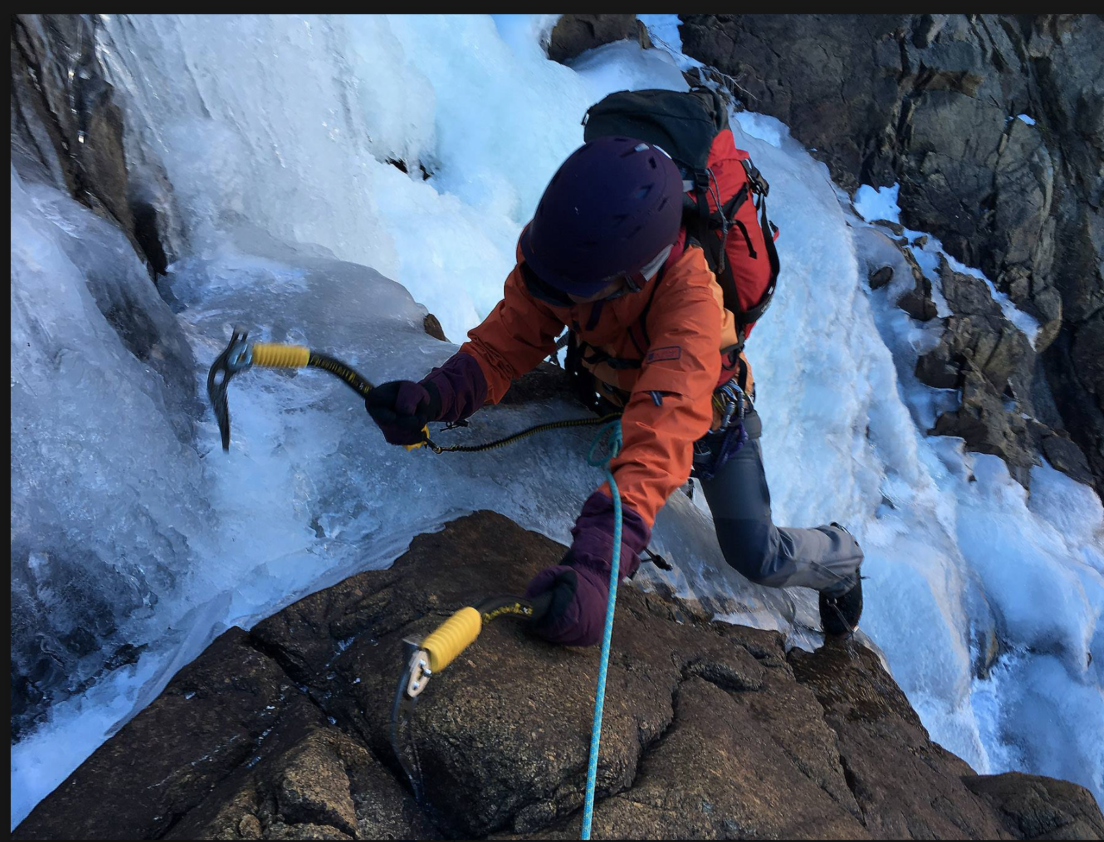 We did not climb at Horsetail Falls due to the warm daytime temps and morning sun hitting the upper ice. There is a lot of exposed rock and water in the center causing some unstable hang fire but the far right and far left look like they could be good to go right now.

Yesterday (12/27) we went in to climb in Lee Vining Canyon. I had been avoiding it due to reports about the approach but found it overall rugged but a fun and unique experience. 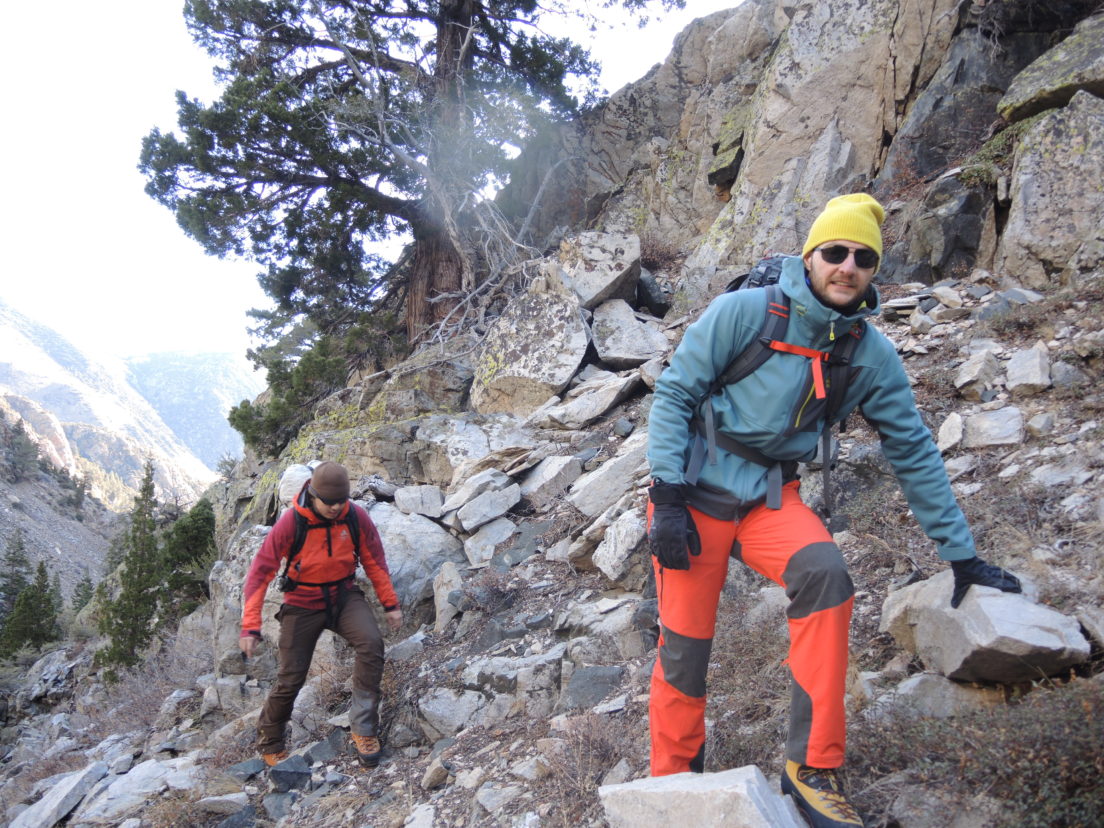 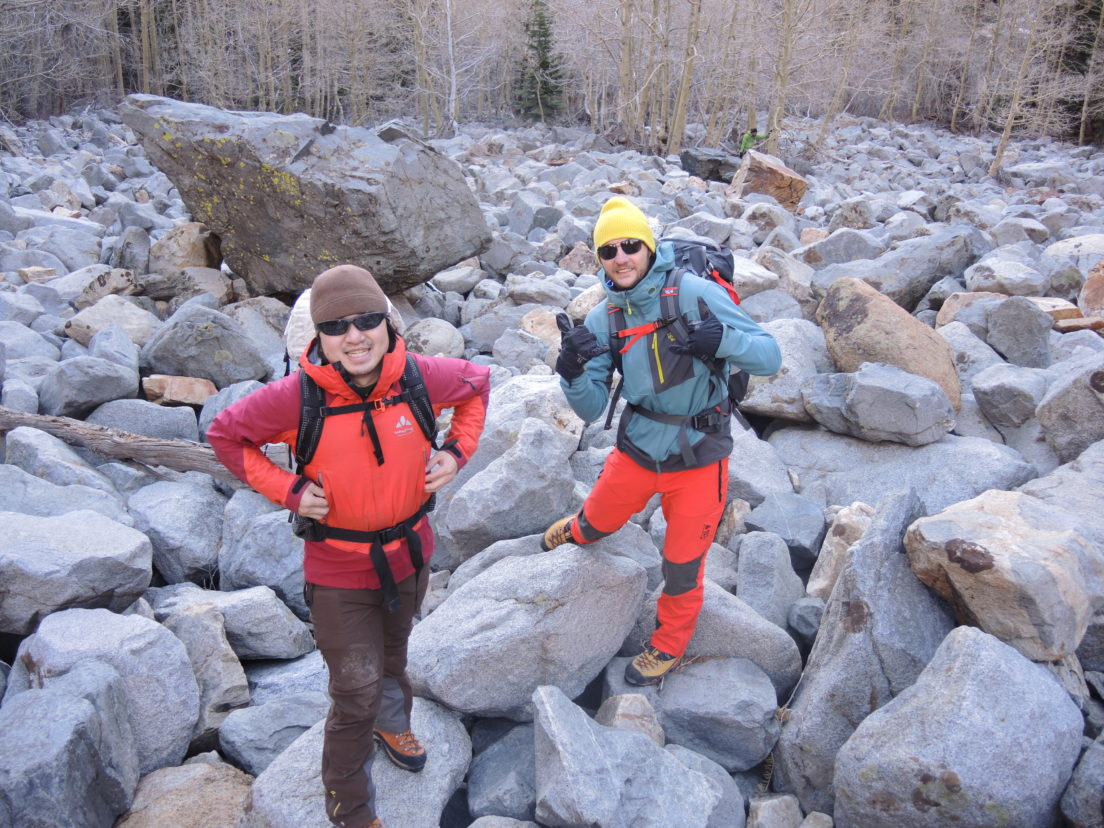 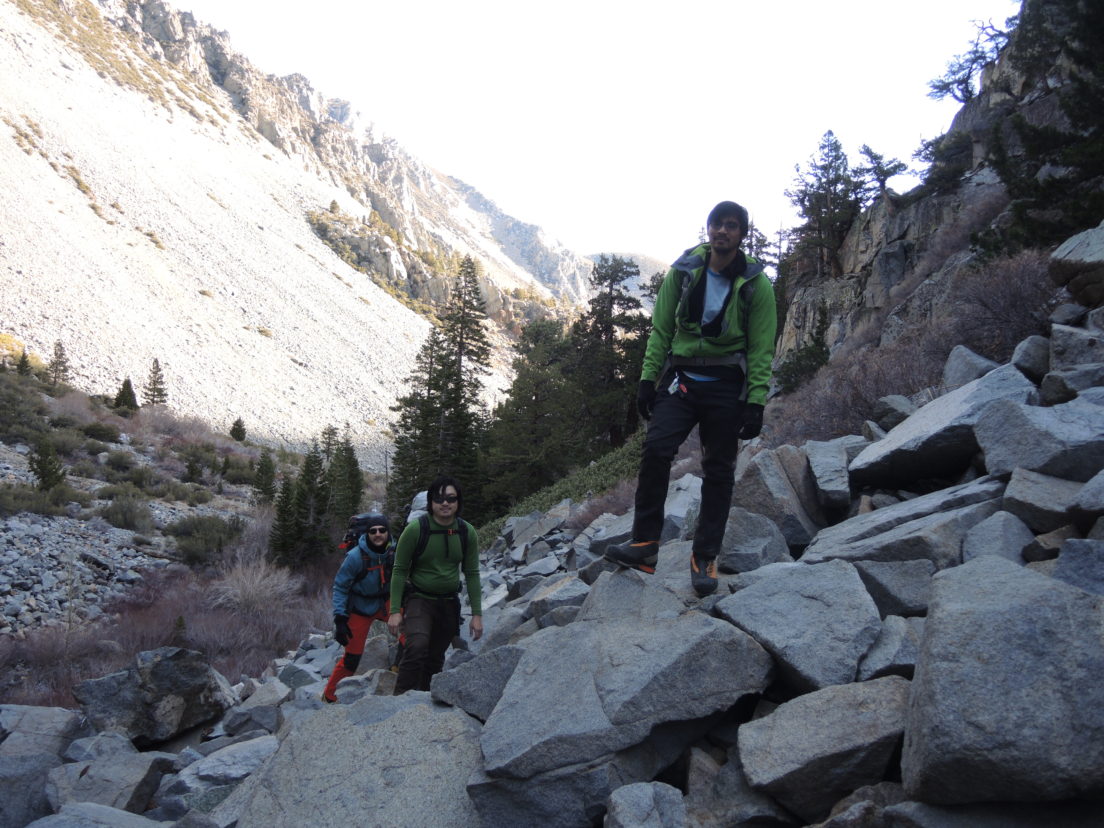 Last Talus field before the Narrows 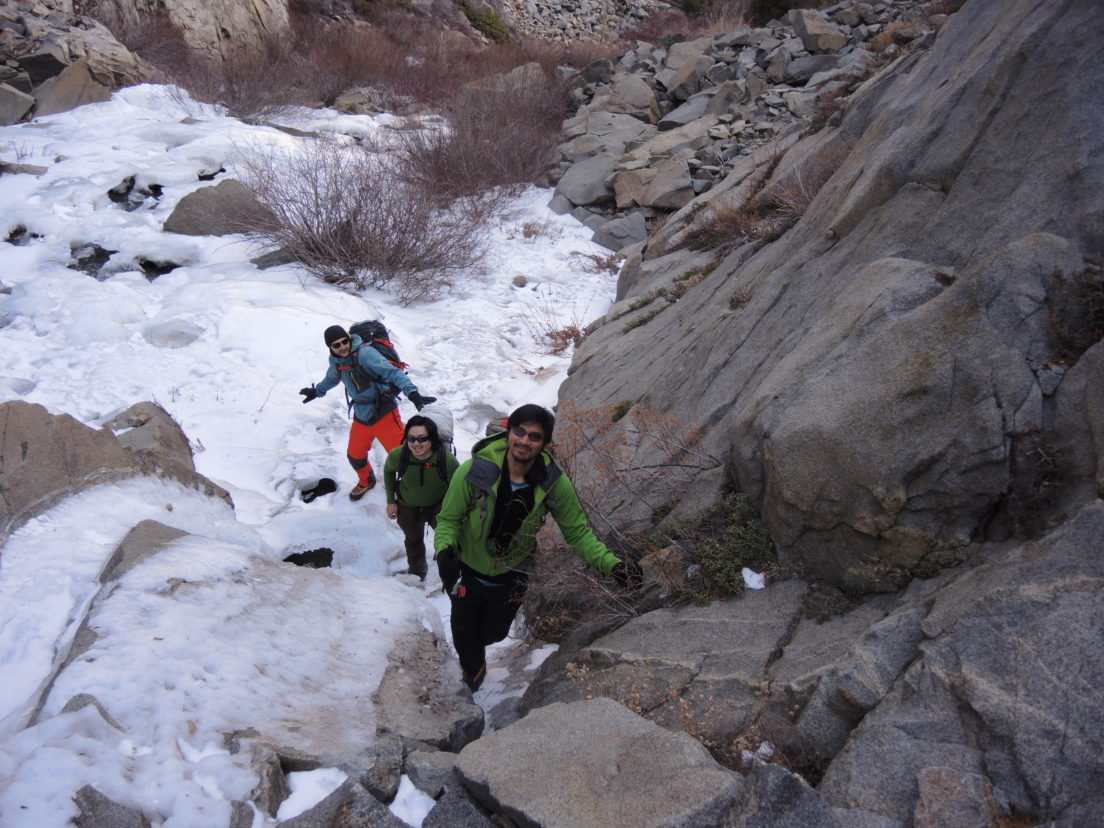 Edison Power is still not diverting water through the Penstock (pipe) and so the center of the canyon is a decent sized creek. 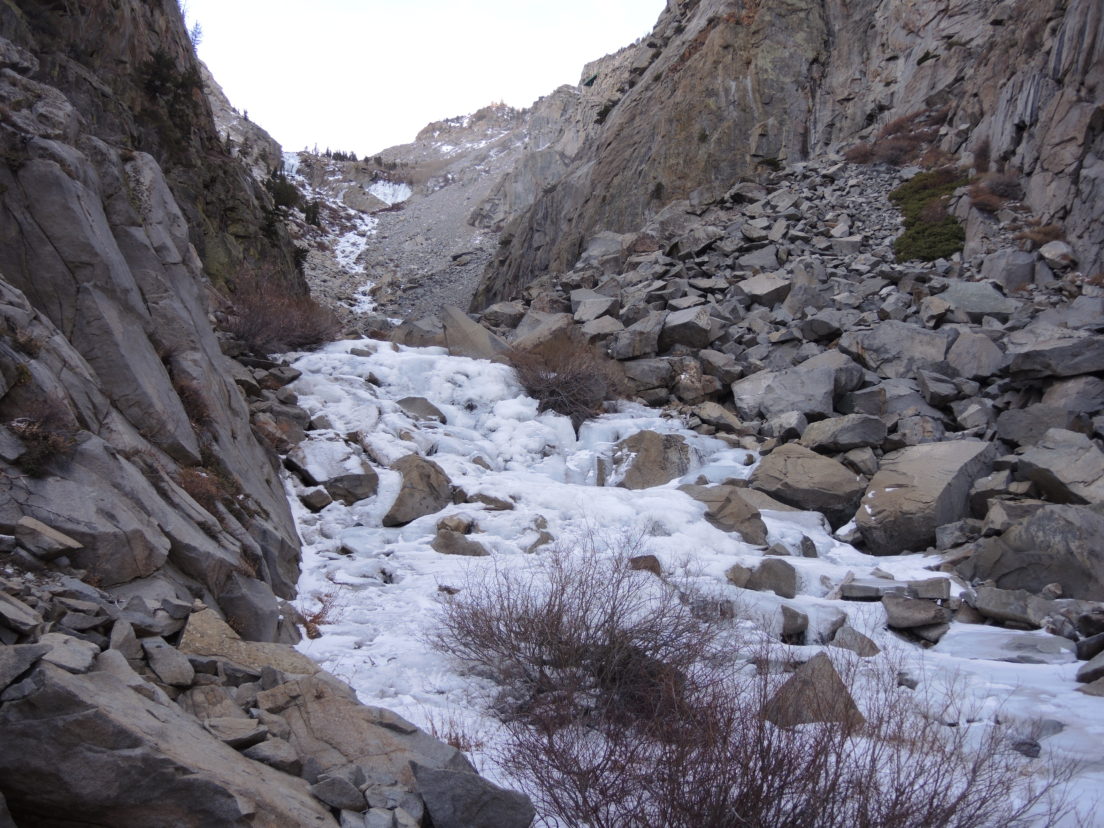 We chose not to deal with any river crossings and stayed on the south side of the creek for the whole approach. It is overall easy travel compared to some years in early season when there is a little snow covering the talus. we found no snow on the approach and you could do the whole approach to the base of the ice in approach shoes

There was even a V0 boulder problem to get into the narrows and the rushing river below gave an exciting hike to the base. Relative to last year at this time where there was an easy boot pack the whole way on snow the approach is taking about twice as long.

The Ice conditions on Chouinard Falls were fantastic on the center and left lines though the far left was still a little thin for screws. The right side is thin but climbable with some rock pro. The base area has no snow and so slips on ice and ice fall is even more of a hazard. Due to the lack of snow at the base the center lines are full 40M pitches.

We found the ice hard and brittle in the morning and wet towards the end of the day. the “tree route” anchors are dry but the chains left of those are buried by ice. 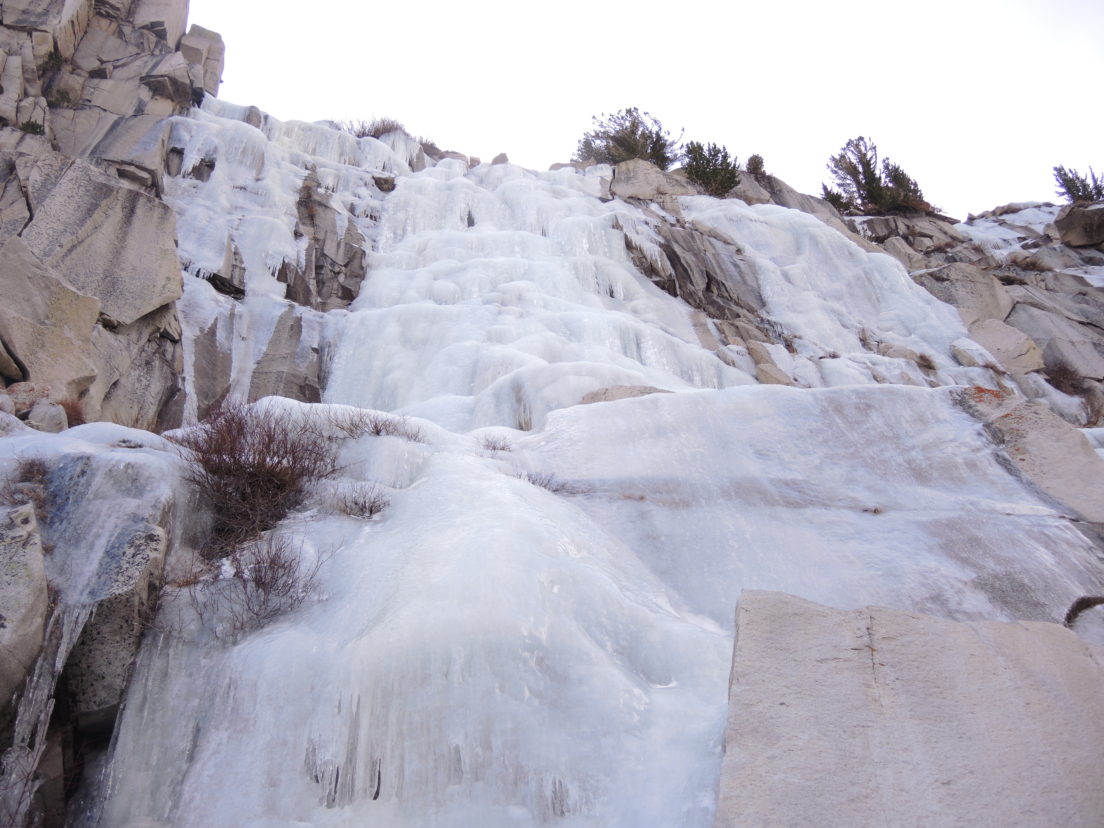 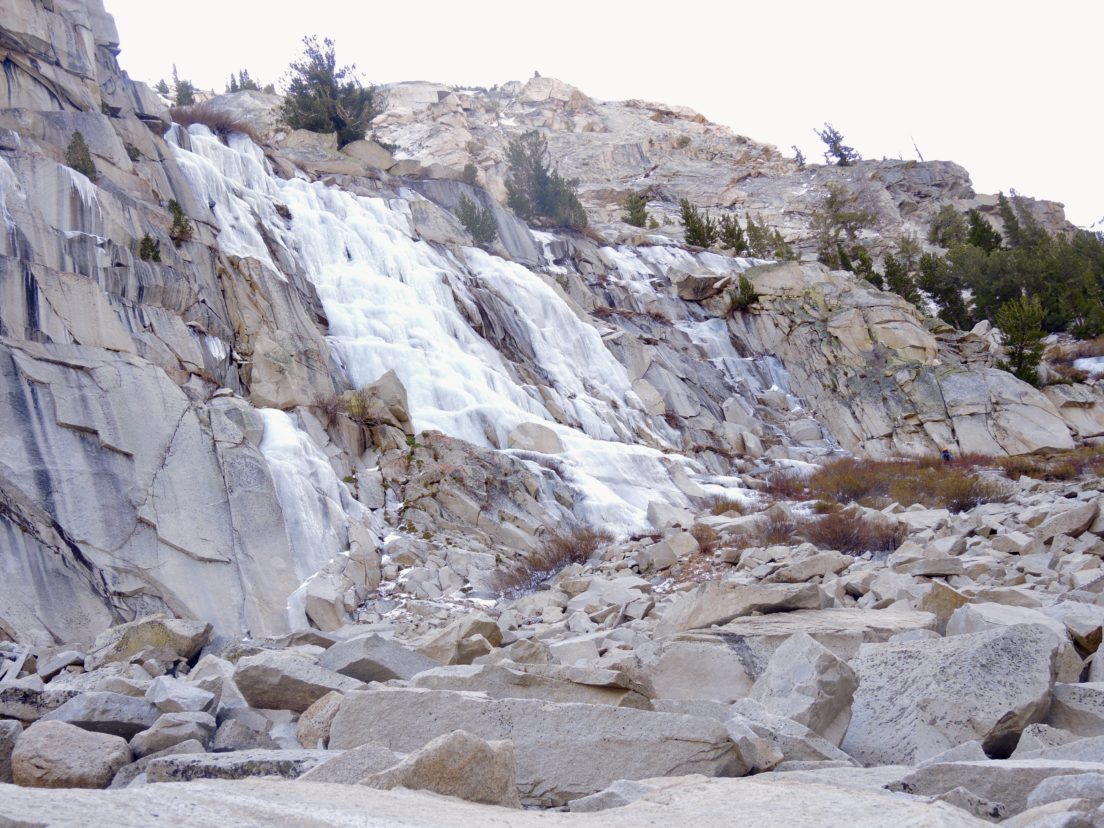 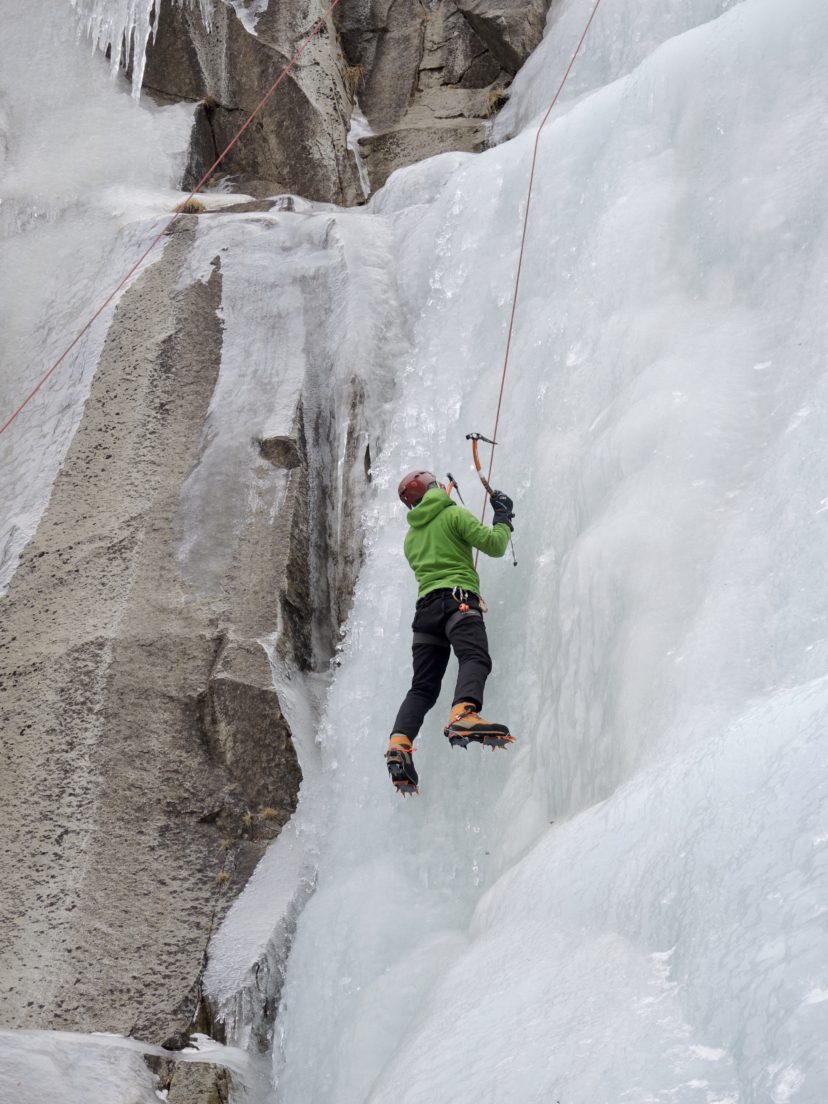 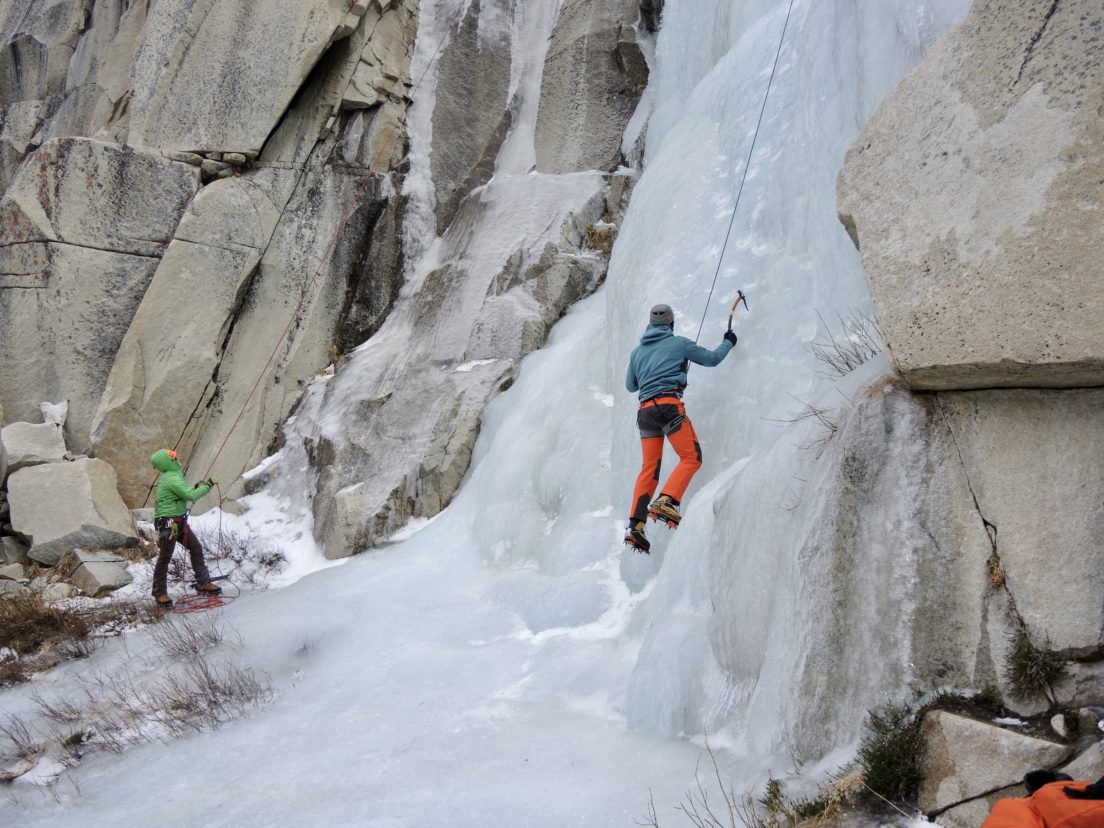 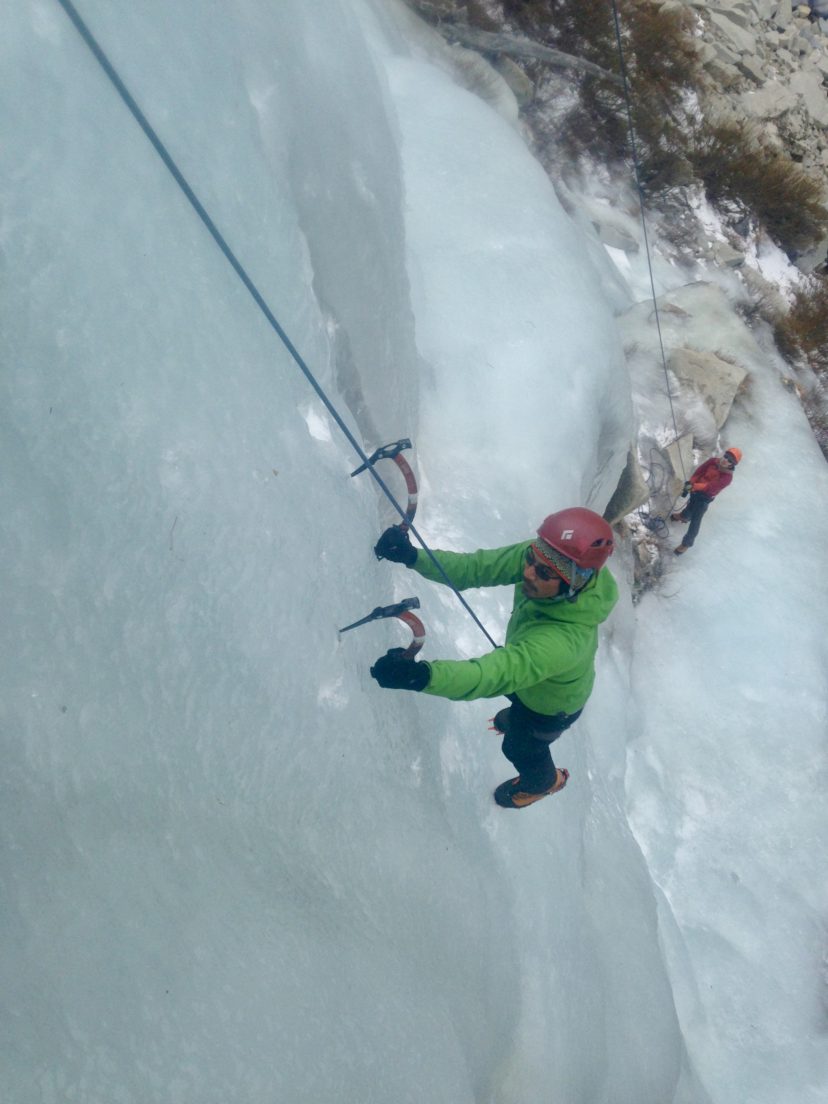 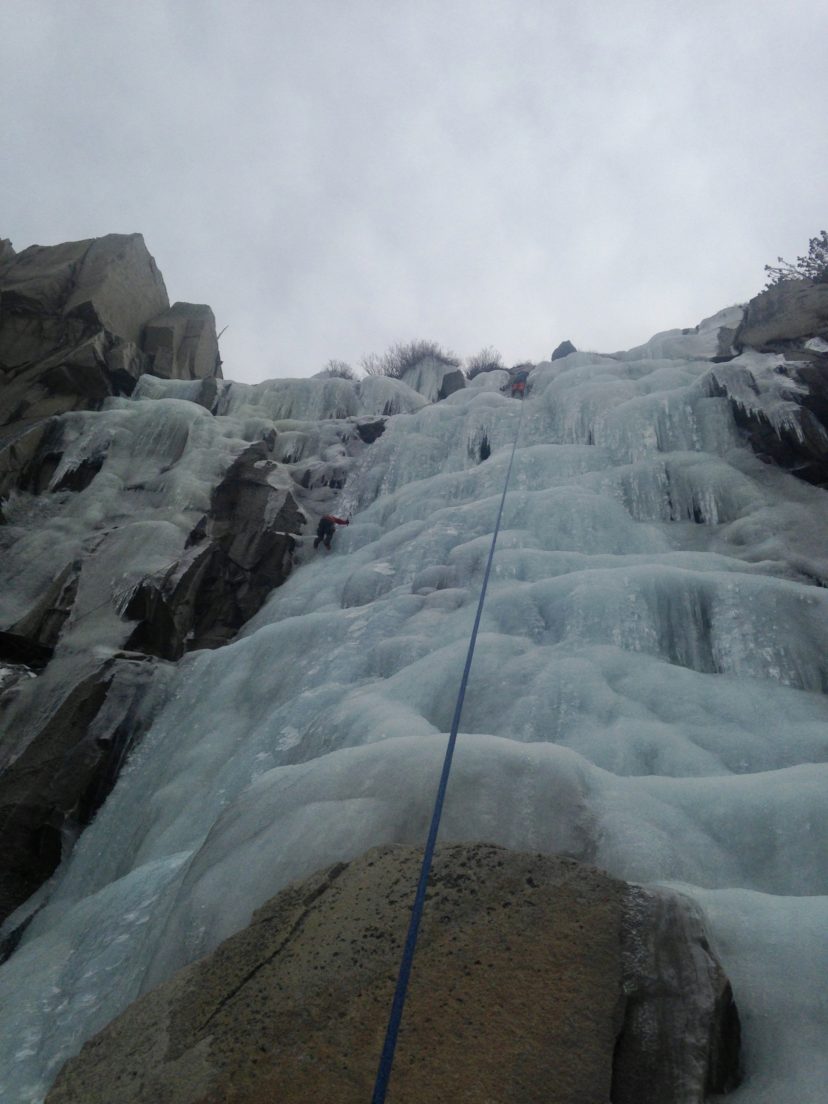 Main wall is thin and climbable, though I am planning to wait for some colder day time temps before venturing over there due to icefall hazard. We saw a rope soloist on the center line of main wall getting some nice looking sticks. Caveman looked too thin for screws, Spiral looked like it was still forming up but thin. 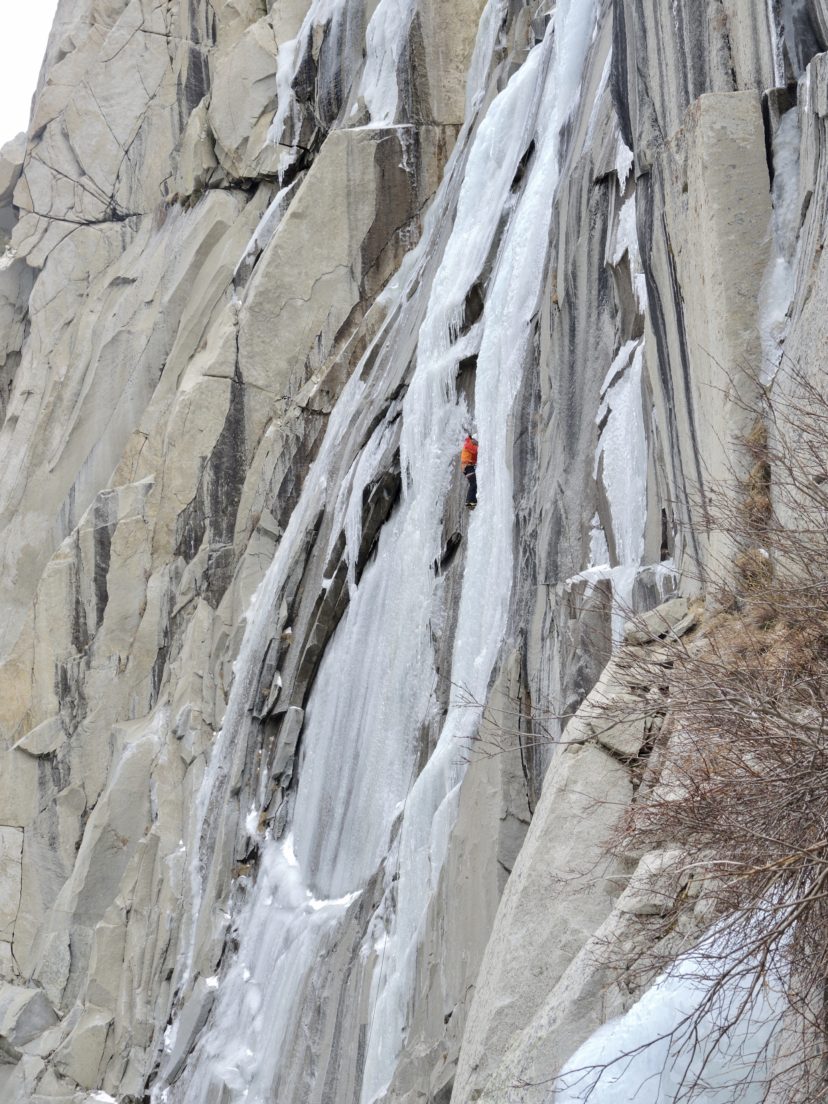 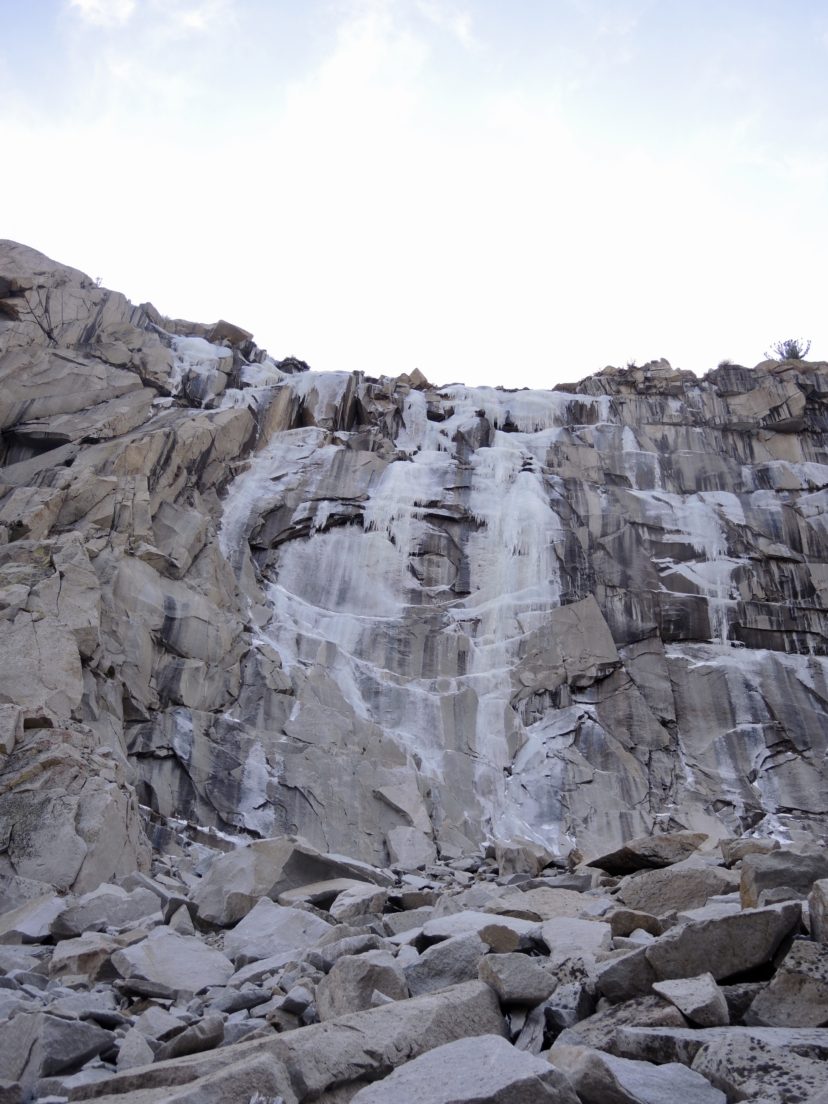 Main Wall Showing Spiral Staircase, Main Line, Plumb Line, and Caveman all in thin conditions with the Plumb Line having the thickest ice 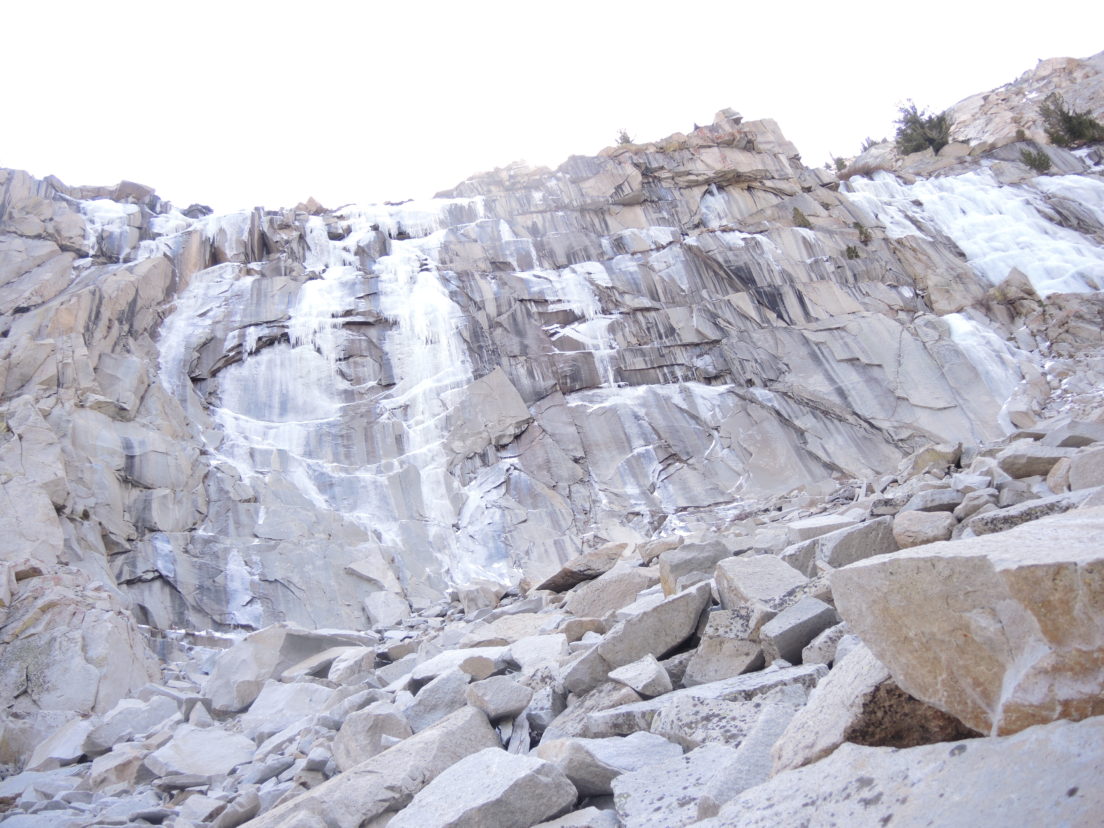 The upper flow in Lee Vining Canyon (on the southwest facing aspect below the road) is looking really nice and fat and without snow at the base looks like some nice tall climbs that would be a good plan “B” if other groups were on Chouinards. 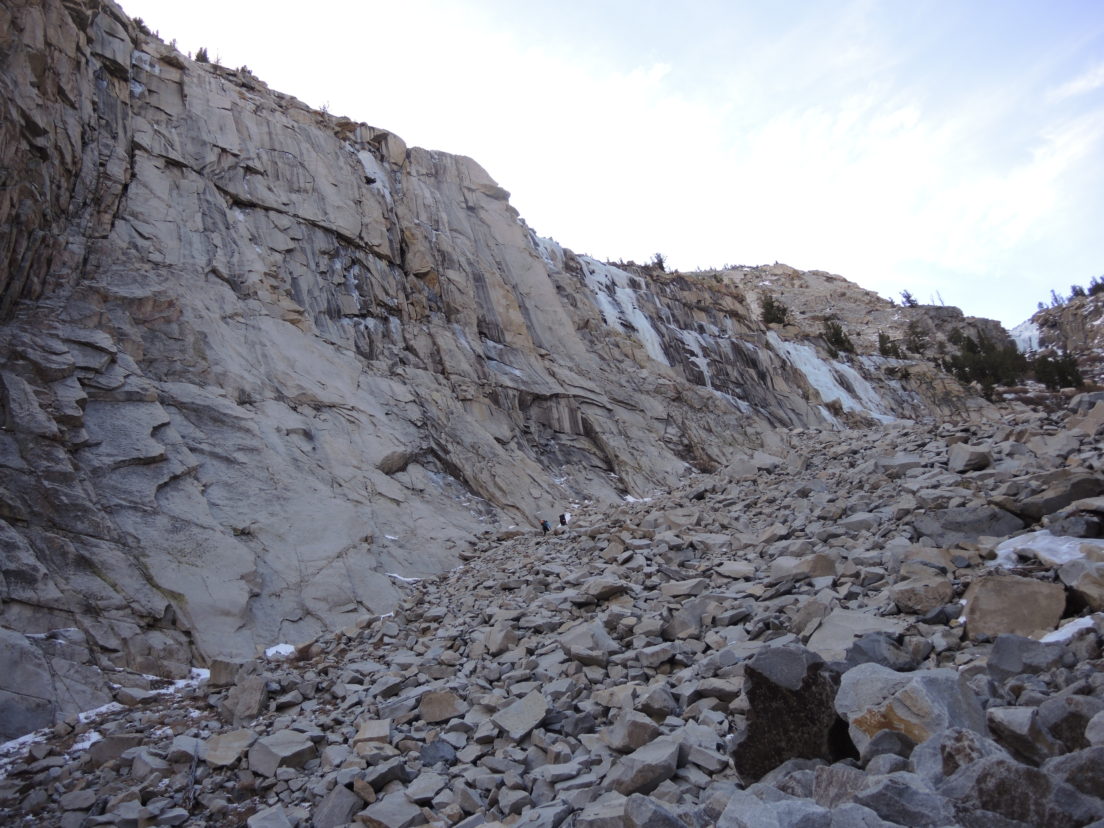 There is some interesting ice forming near the powerhouse chutes, and on lookers left on the approach seen from the 1st talus field.

Overall we need some colder days. There doesn’t seem to be a change for our high pressure for a while, but with long cold nights we can still get out for some fun climbing. but the moisture is there and ice is in better shape than some of the backcountry skiing this season 🙂