Hey there Ice climbers – Its been a few weeks since I have gotten to climb in Lee Vining Canyon and Last weekend the storms cleared and the road got plowed. It was great to finally be able to get back into the canyon.

On Saturday 2/25 I guided a group of 2 guests into Lee Vining. Our avalanche hazard had trended to lowering danger throughout last week. That said with the “Outlier” high snowfall amounts that we have received in February much of the terrain in an above the canyon would be considered “avalanche terrain” or “runout zones”

We carried Avalanche gear (Beacon, Shovel, Probe) and my guests had prior avalanche education.

Ice has began to form in the Narrows and a party was able to get a top-rope on “Zippos Frozen Booger”. Climbs like “Womp Rat”and C3PO are forming up and in mixed conditions.

Ice is not forming yet on the Bard- Harrington but Main wall is thick with Fisher King and Spiral staircase forming up and Chouinard falls being thick.

we found running water on the surface of the ice creating wet conditions in a few spots.

Several of the bolts are covered so be prepared to create your own anchors.

The approach is as filled in as it gets and makes for easy travel. We used snow shoes on the way in on Saturday but did not need them on the hike out.

The road had a “soft closure” at the Ranger Station but was well plowed to the Poole Power plant with several sun exposed spots that had melted to the pavement by the drive out.

Active weather looks like it will continue into early March. Keep checking back for updated conditions. 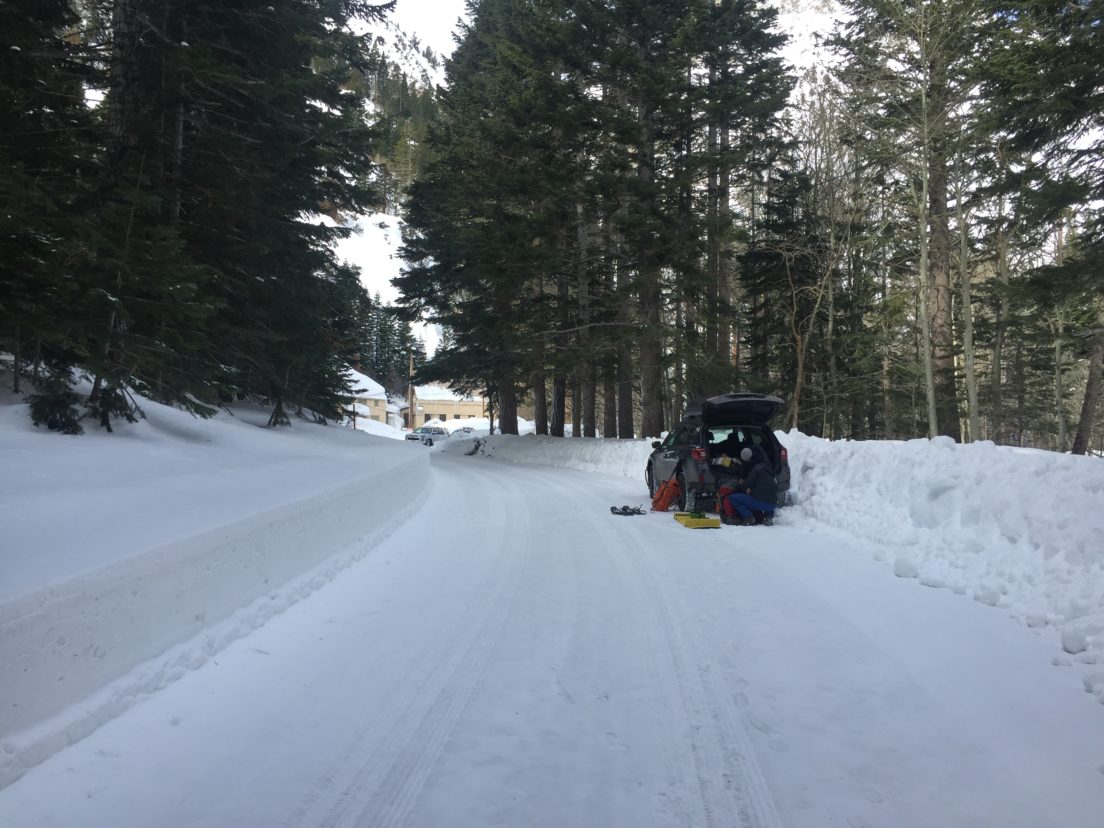 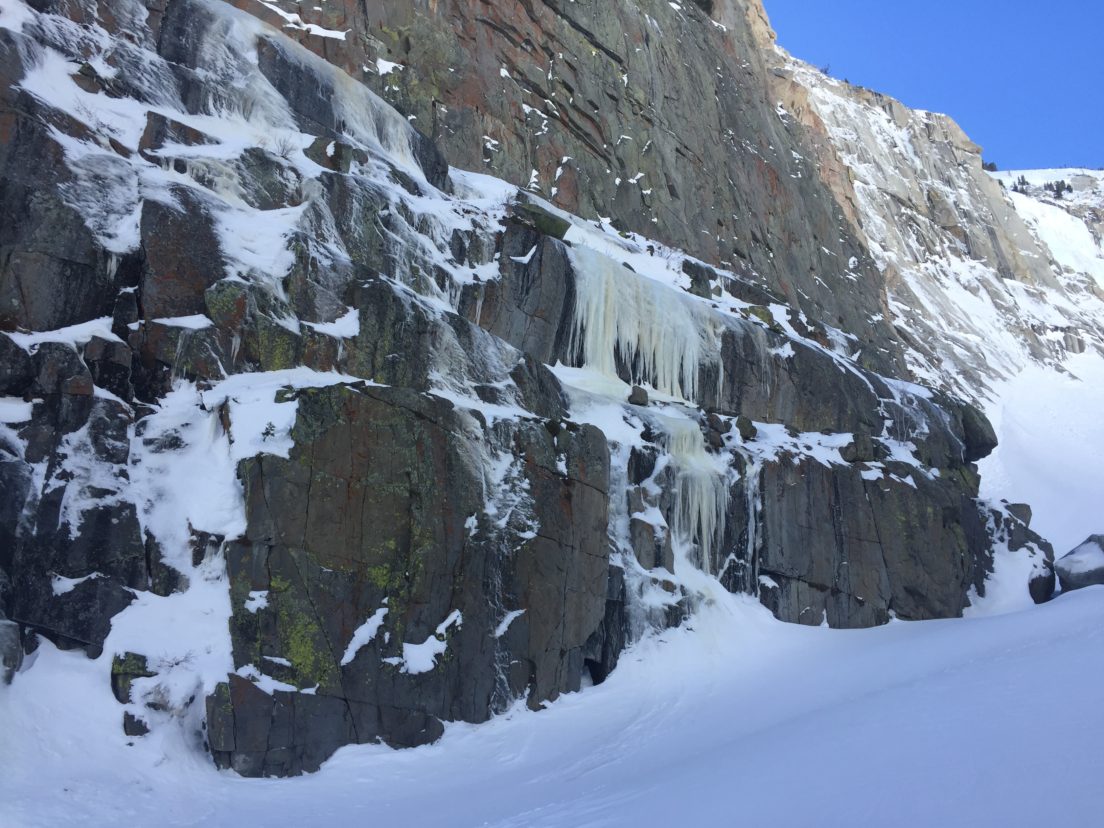 Ice in the Narrows 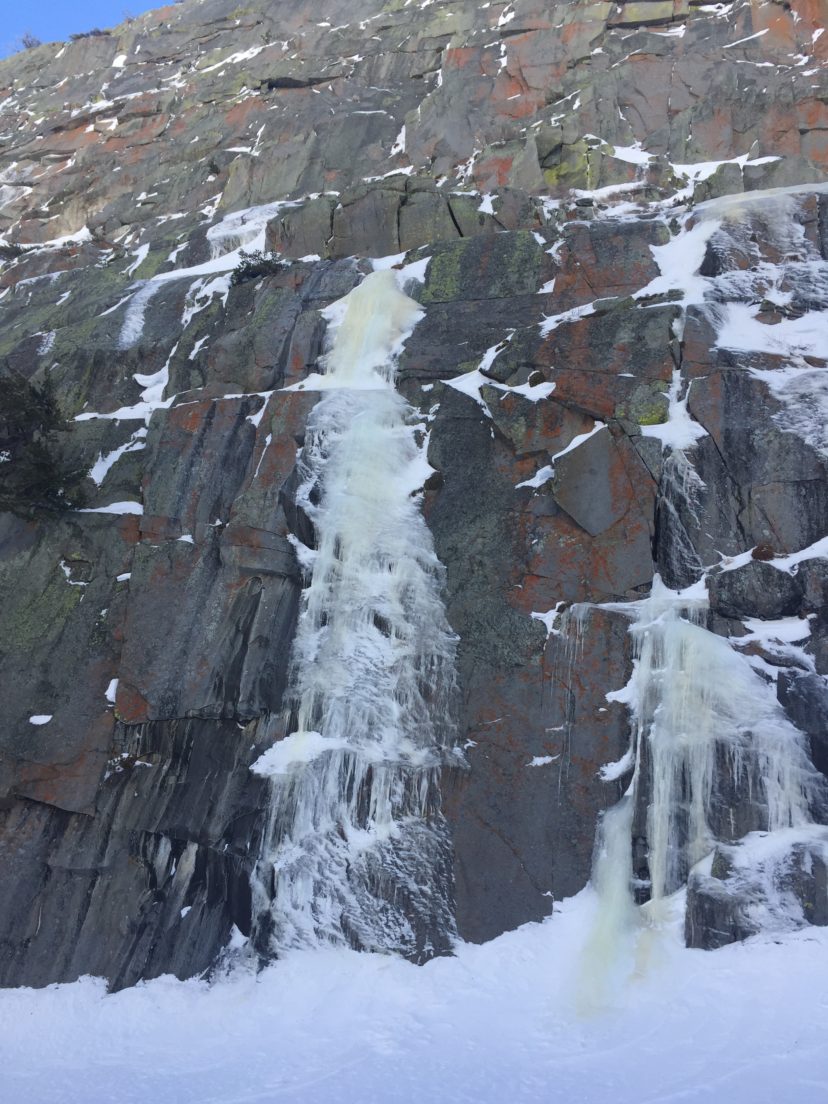 Zippos forming up nicely in the Narrows 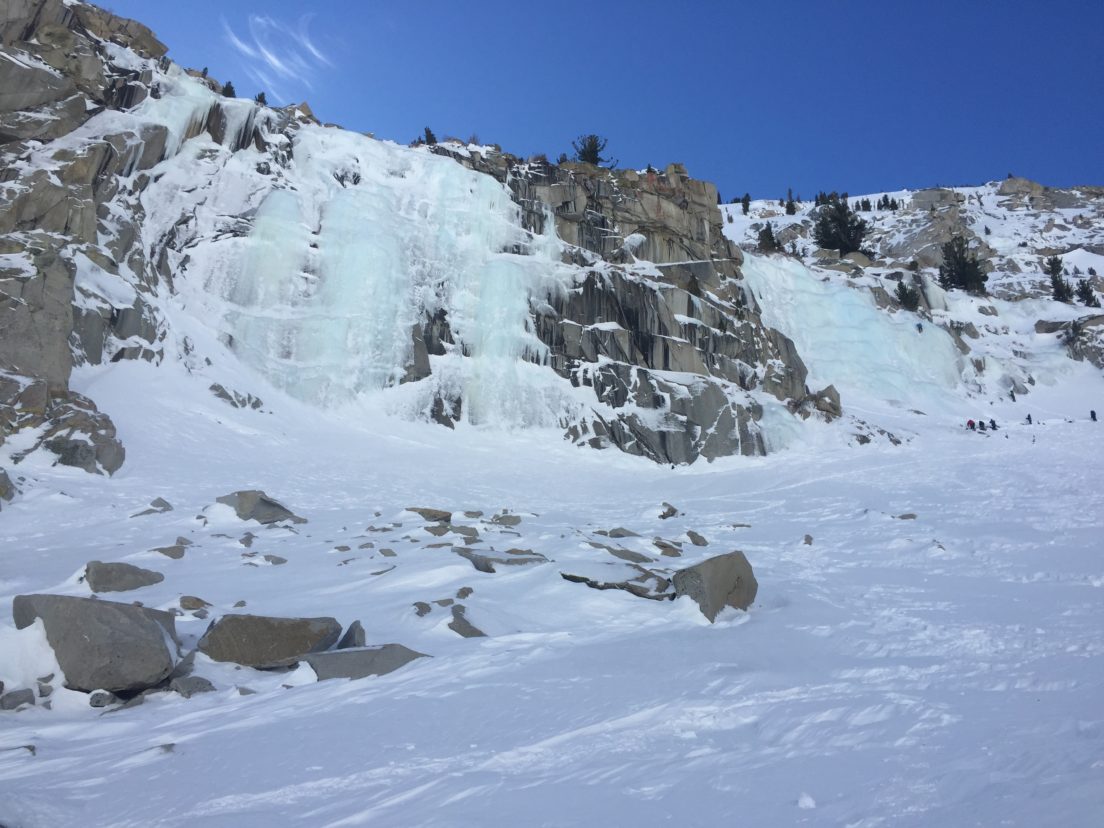 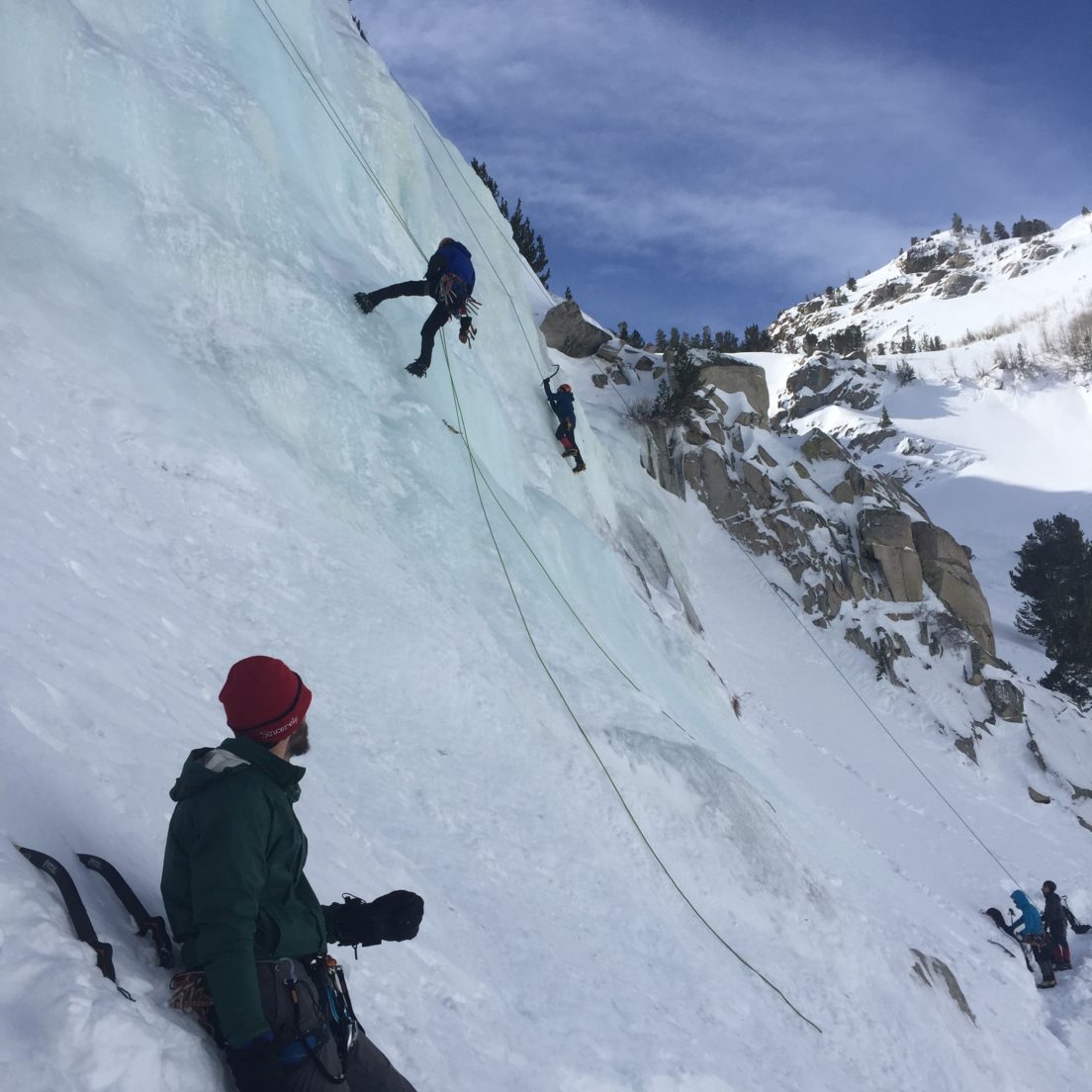 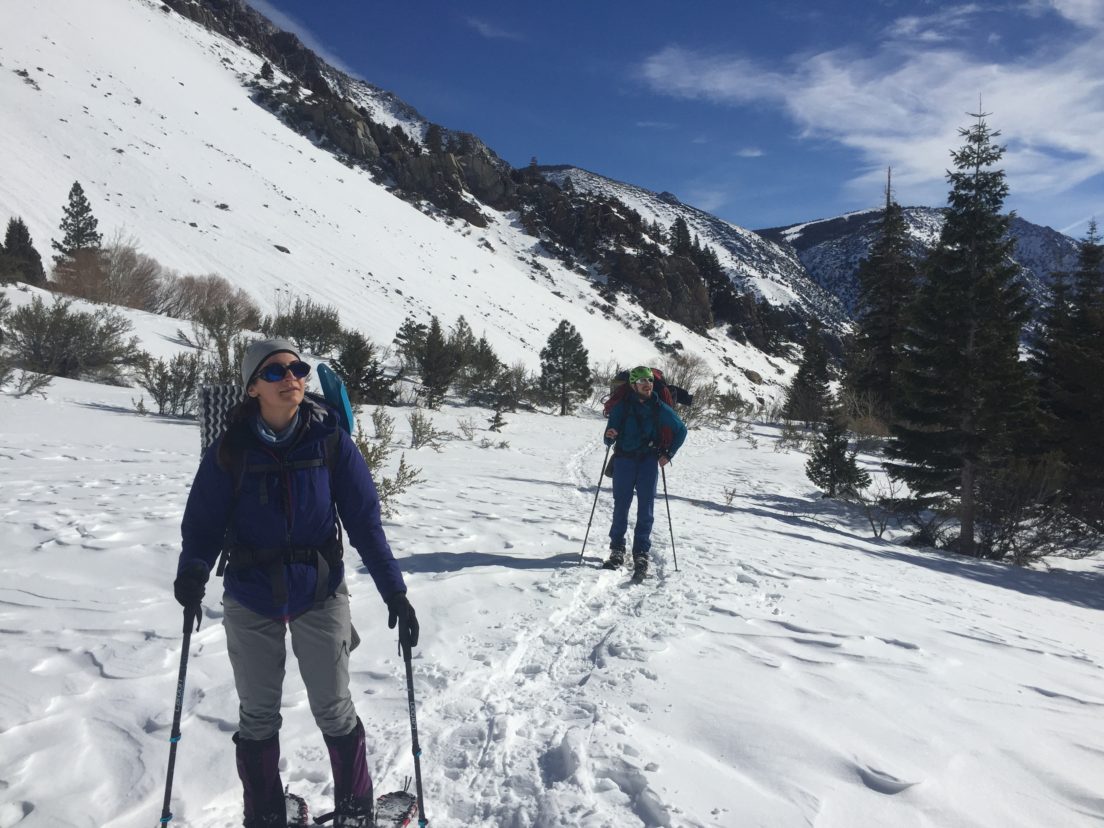 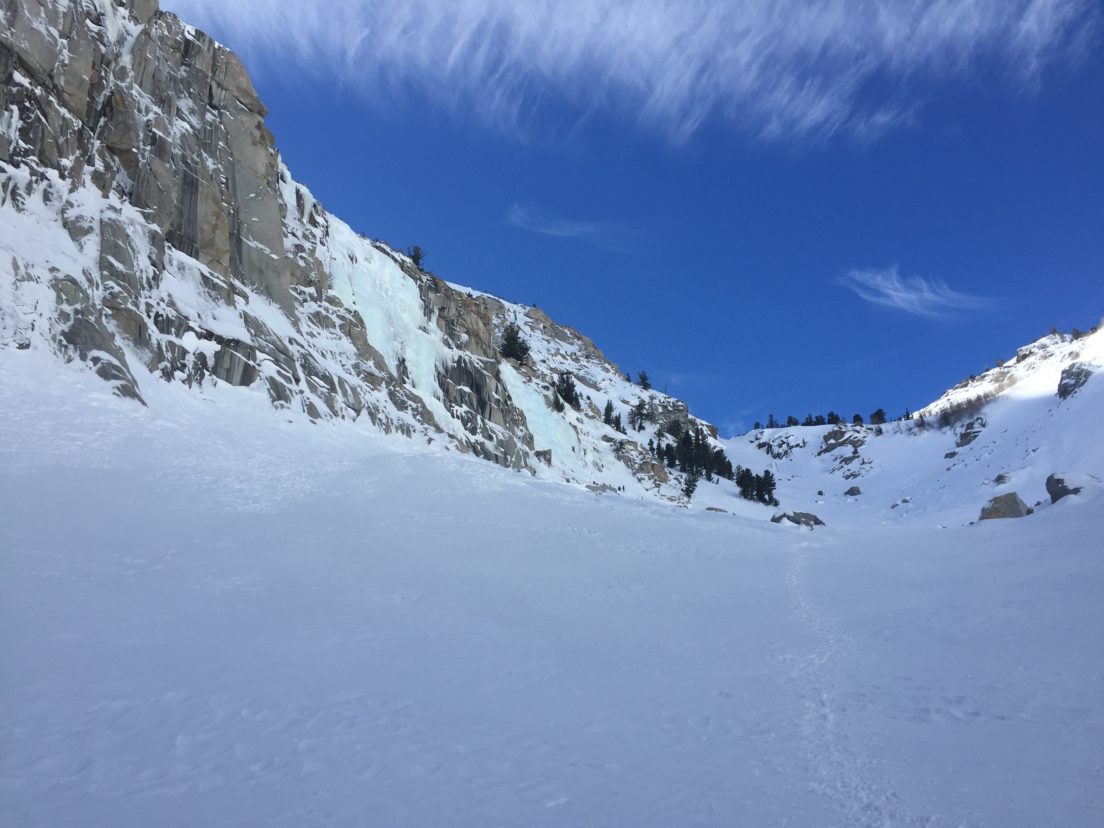 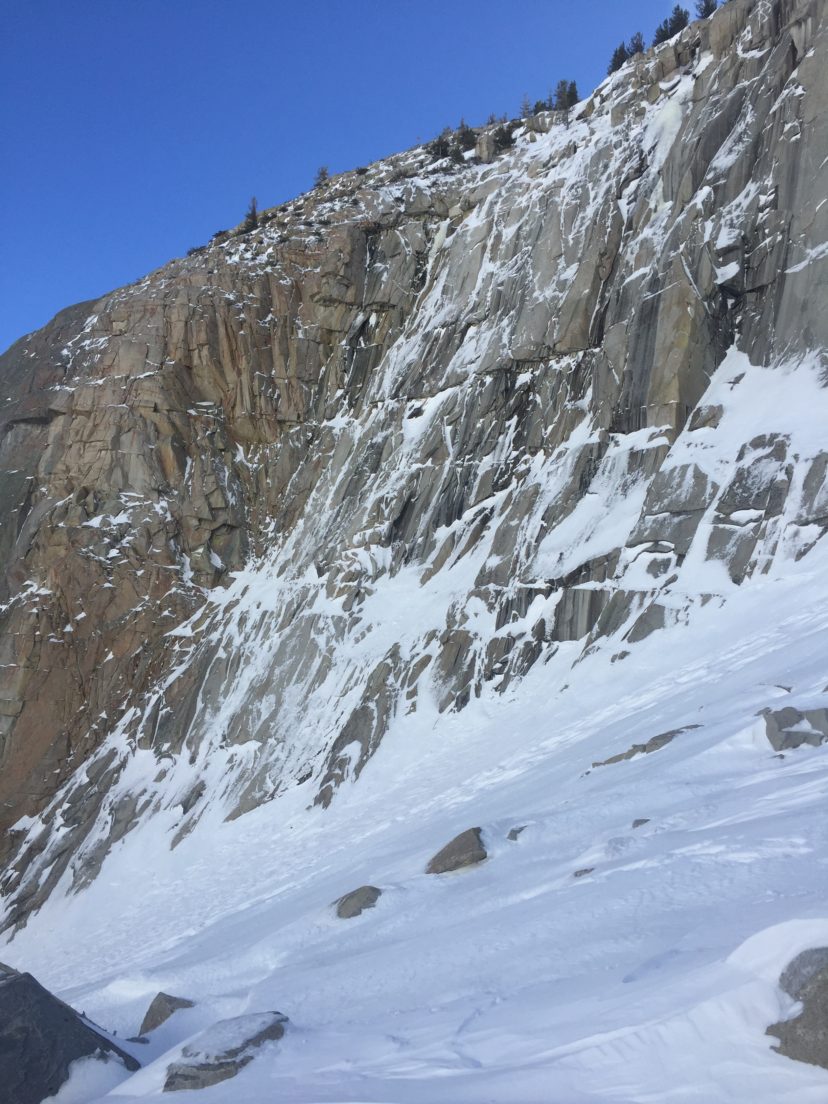