Hey there Ice Climbers.  WE have had a fantastic and wintery start to our February and as winter enthusiast many people were celebrating that the groundhog did not see his shadow during our last storm.

Honestly many of us who experienced the 4 day storm that totaled between 7 and 10 feet of snow accumulation were pretty ready to see the few rays of sun when the storm finally broke on Tuesday.

Avalanche hazard remained High throughout the storm and our snowpack is only now starting to settle down after a few days of sun.  Wind transport is making some hard slab hazard still an issue at higher elevations and as always check out the Eastern Sierra Avalanche Forecast Advisory issued 7 days a week:

The storm kept us from venturing into steep terrain over the last week and several roads in the area were closed or inaccessible during the latter part of the storm.

2 days of sun has opened up many main roads but the access to Ice climbing still has limited road access.

As of 2/7 afternoon. Highway 395 still had packed snow on road surfaces with R2 Chain Requirements. The Highway 120 West (Tioga Pass Road) was mostly dry and plowed though at 4 miles in where you enter the Poole Power Plant Rd. For the Lee Vining Canyon Parking it was plowed down to 1 lane. 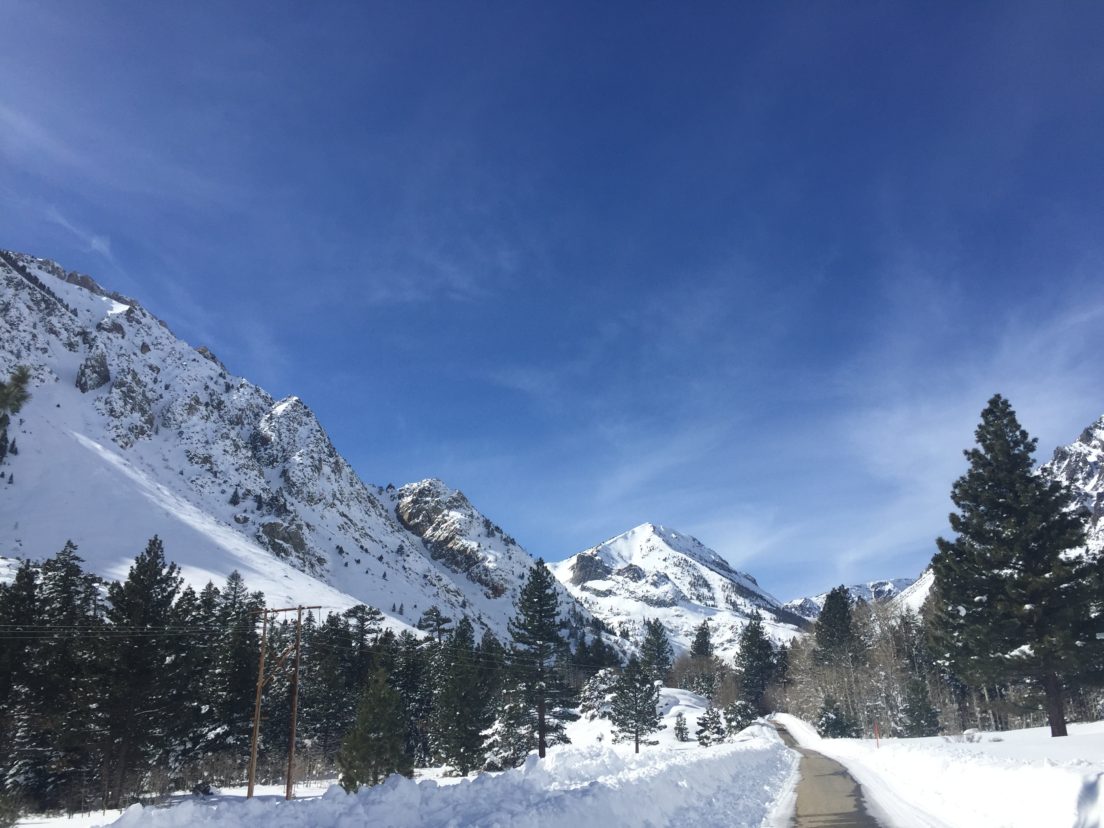 Unfortunately the road is plowed only to the end of the pavement near the vicinity of the Inyo NF Aspen campground.  You can see my two waypoints for where the road is plowed up to and where the parking usually is at the Poole Power Plant.  This adds 1.5 miles each way to your approach for ice climbing and though its on a road so skis or snowshoes would be optimal for good floatation.

It should be noted that there is very limited parking right now at the end of the plowed section of this road and please try and carpool of you are planning to hike in. 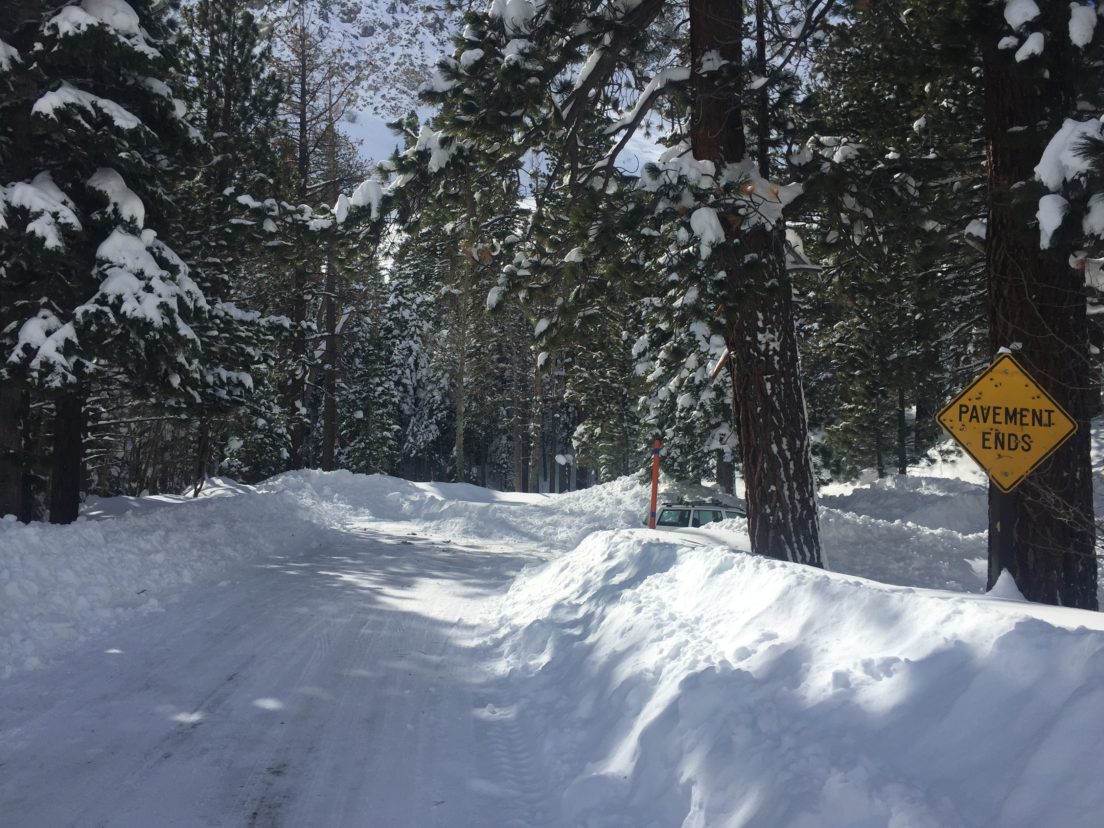 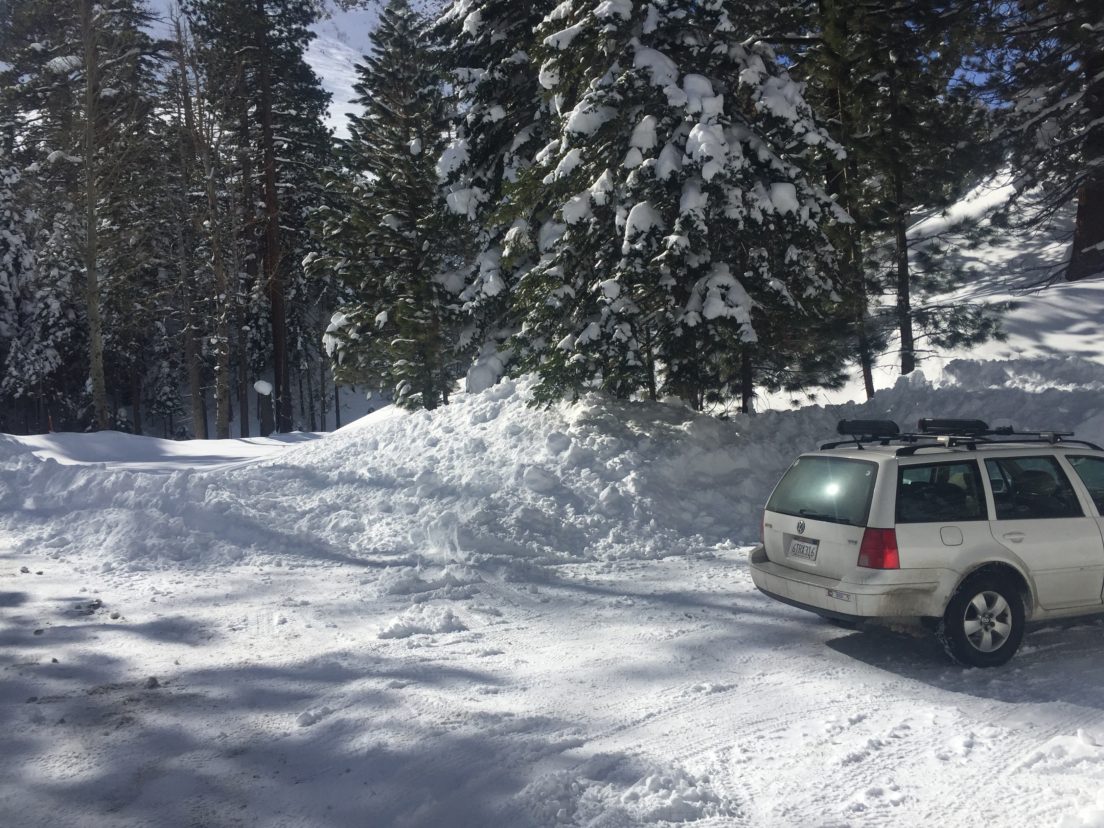 Limited parking spots have been plowed out at the point where you can no longer drive.

June Lake got even more snow in this past storm with an epic 130″ of snow in 4 days. Heavy lake affect snow is still clinging to trees and roads are just getting opened.

The Road is plowed up to the normal gate area and the SEC Power Plant where people approach the Ice for Roadside and Horsetail however there is not really a great solution for parking with the way the road is plowed because there is still only one blade with plowed which is less than 2 car widths.

There are no plowed public parking options for the ice in June Lake as of 2/7 though some people are still trying to park though it is not ideal if you are trying to get out and are blocking someone or somebody is blocking you. 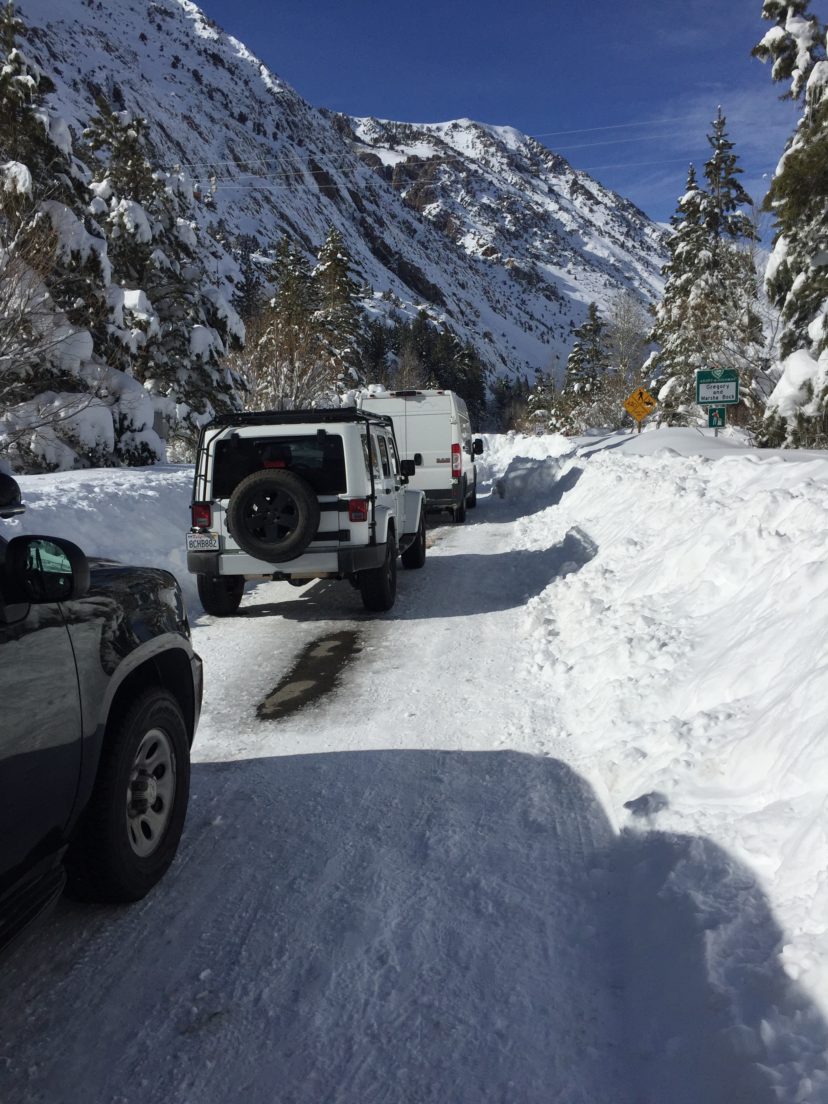 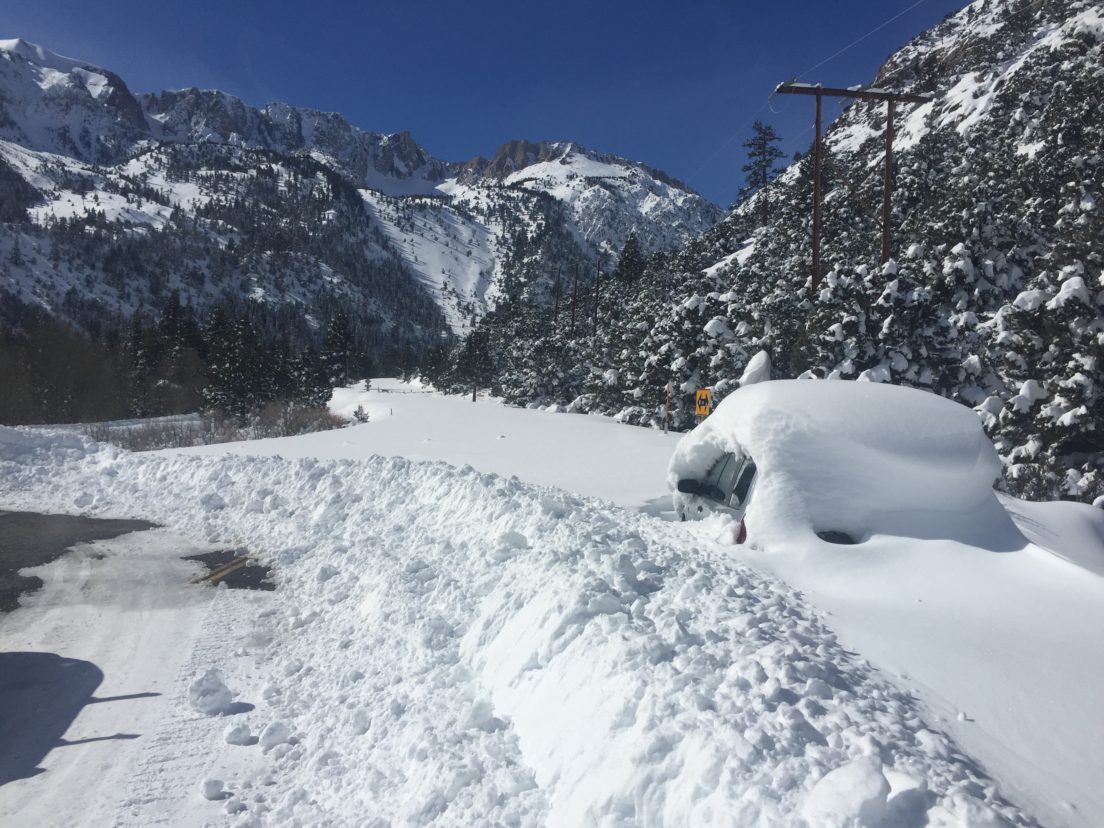 Car that was parked at the turnoff for the poole power plant road off the 120…. Hope they were not planning to drive it soon! 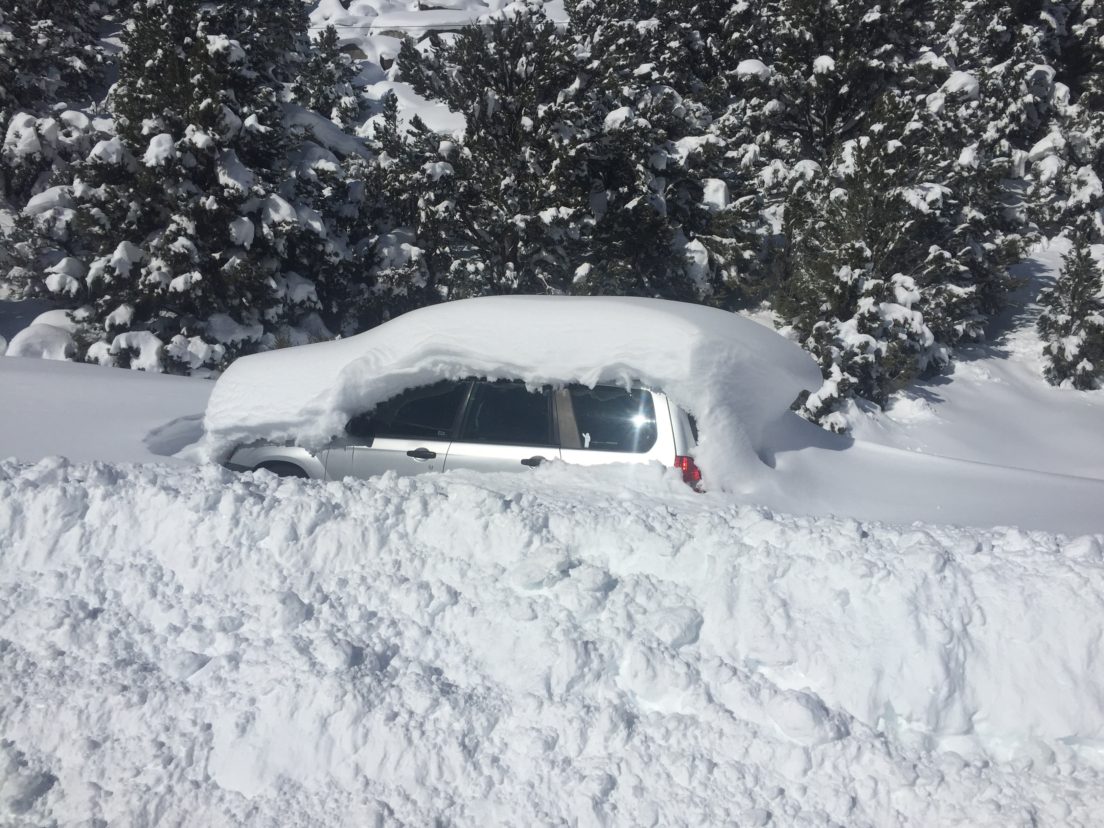 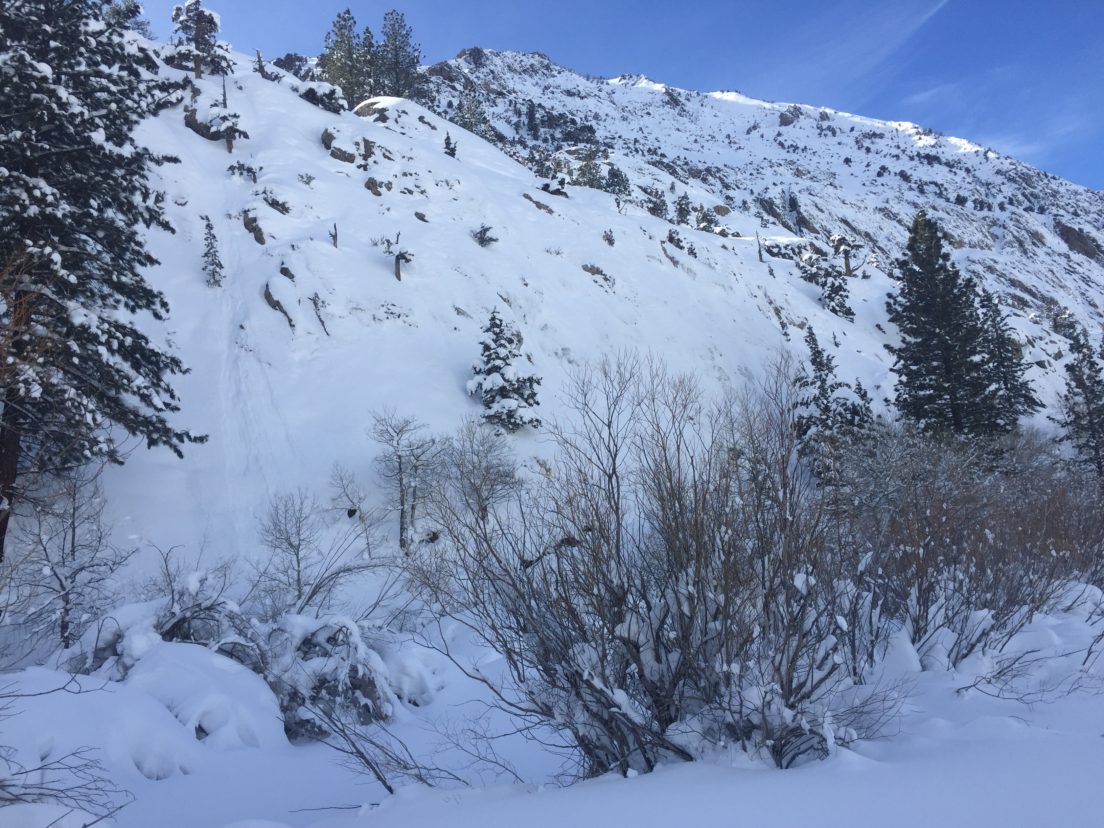 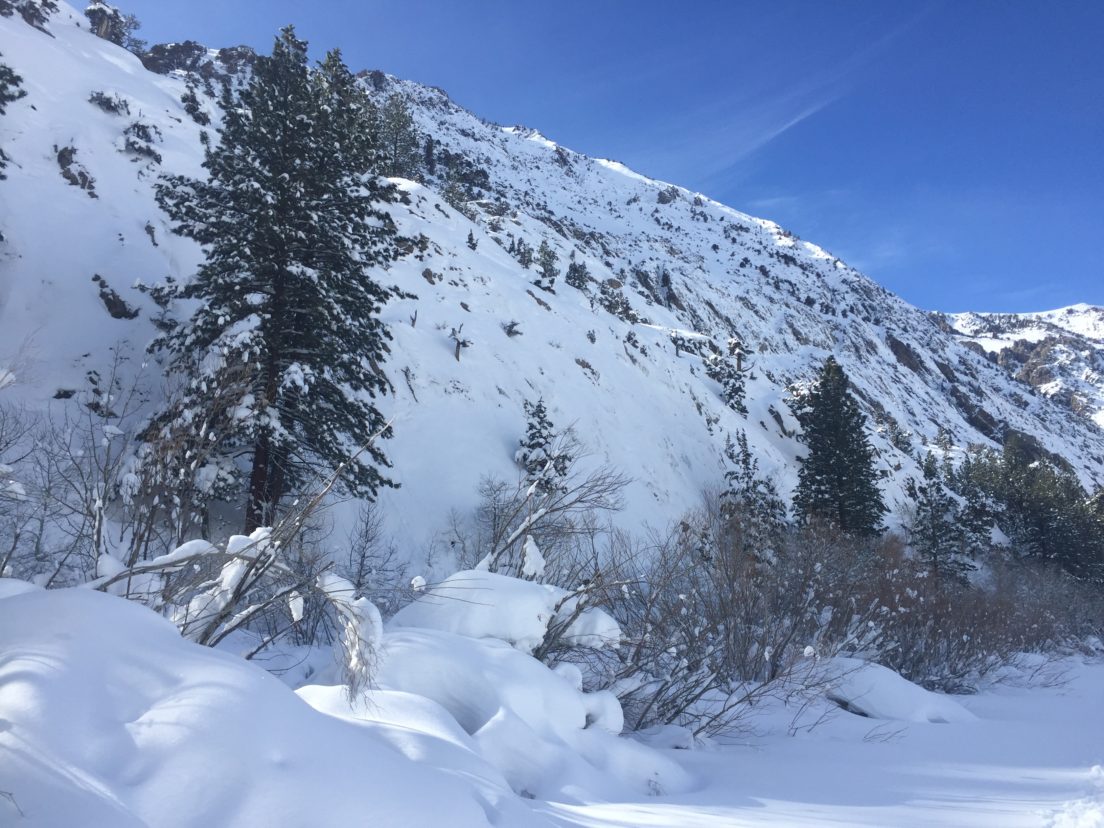 Horsetail and Tatum falls as well as north gulley seem well buried by snow as well though there are some interesting drips that are forming up high on some of the steeper walls. 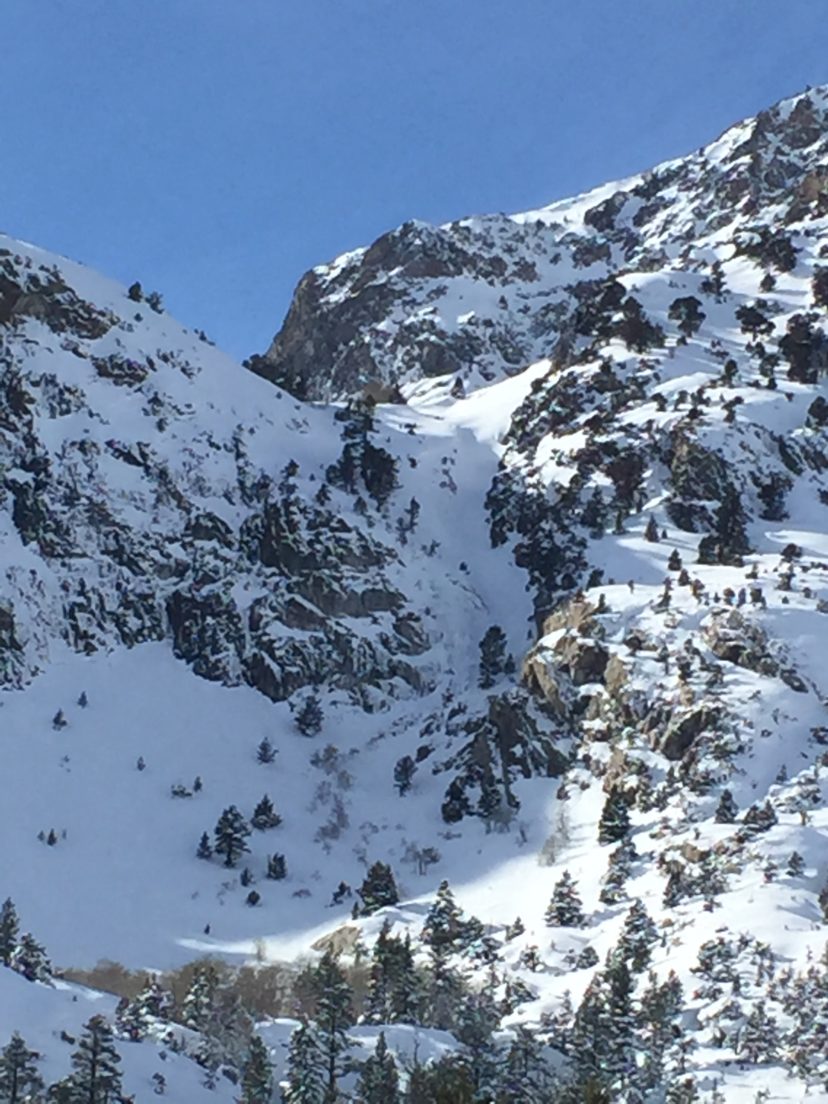 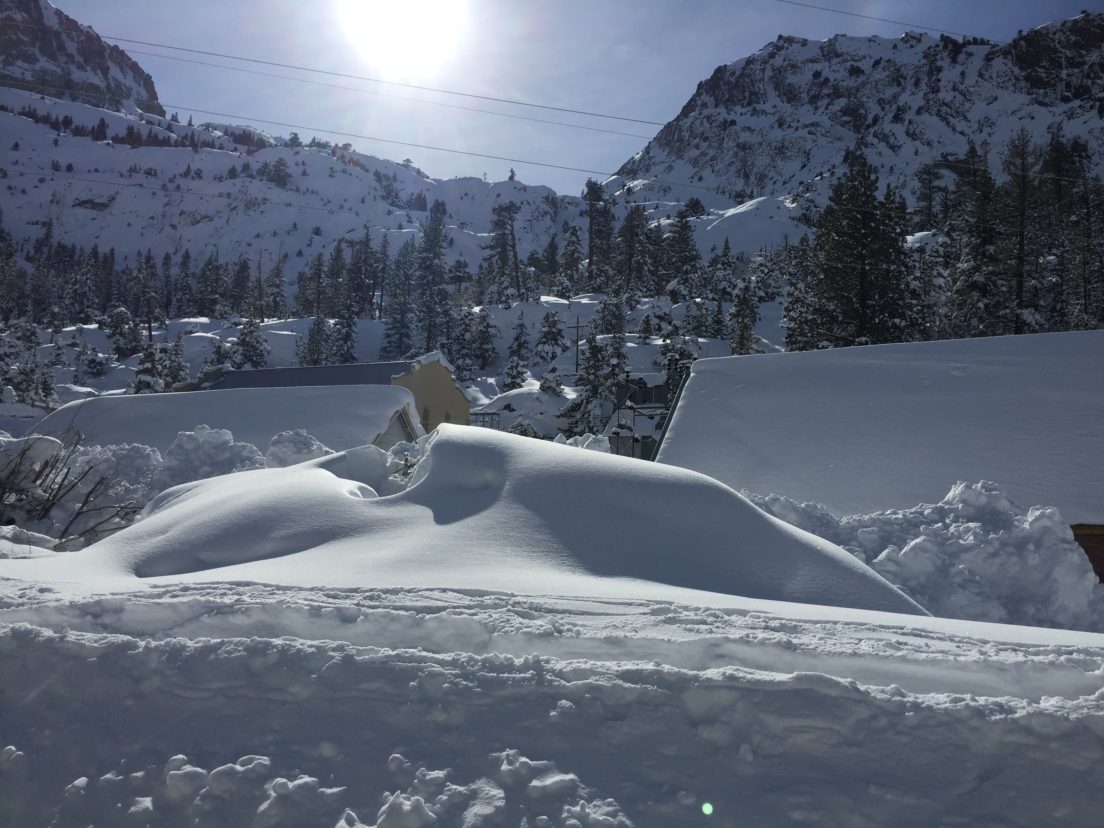 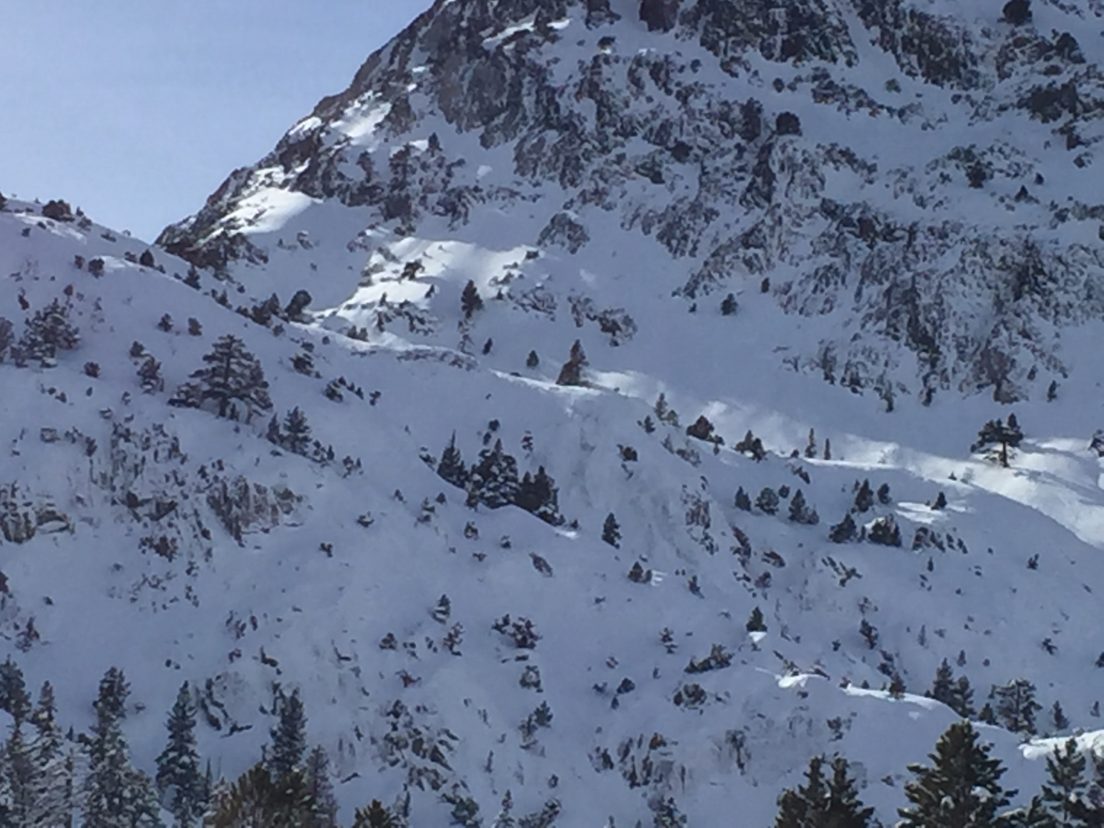 Horsetail Falls with a lot of snow on it 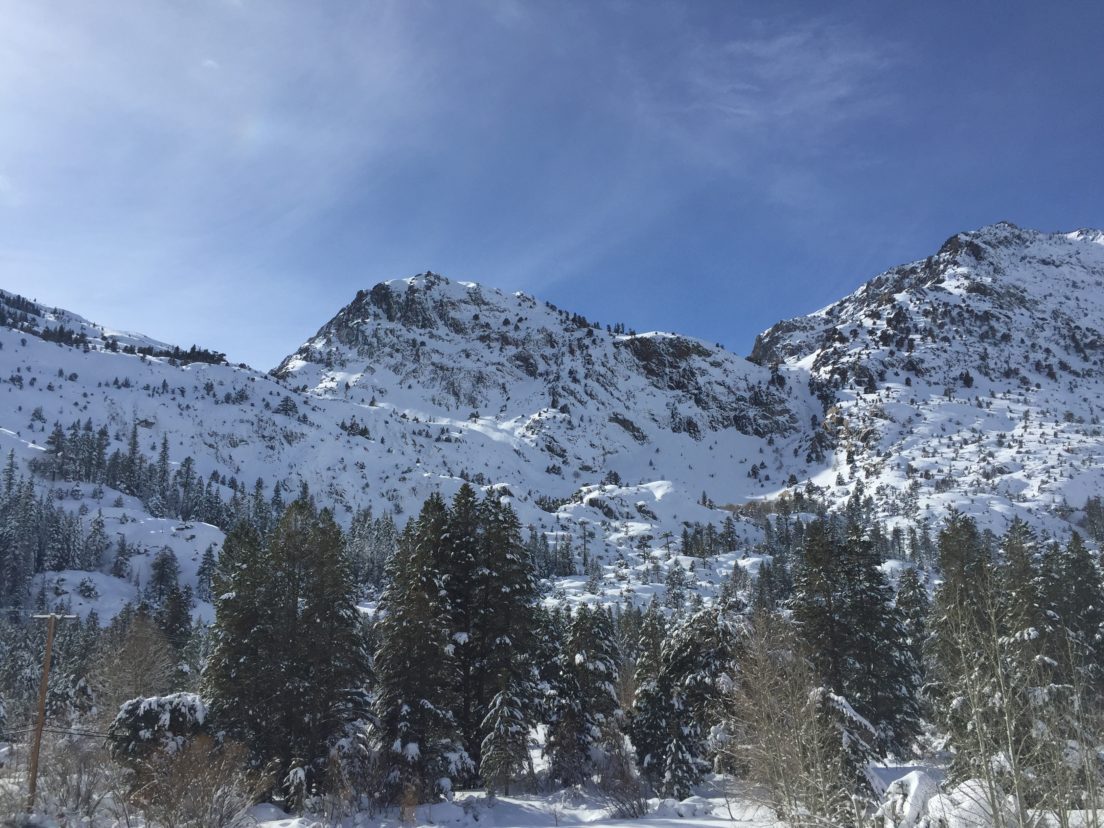 Horsetail falls with natural avalanche debris right above the approach

We will continue to update as conditions change but we have a brief break in this storm to dig out and more snow is on the way for next weekend and next week so stay posted.