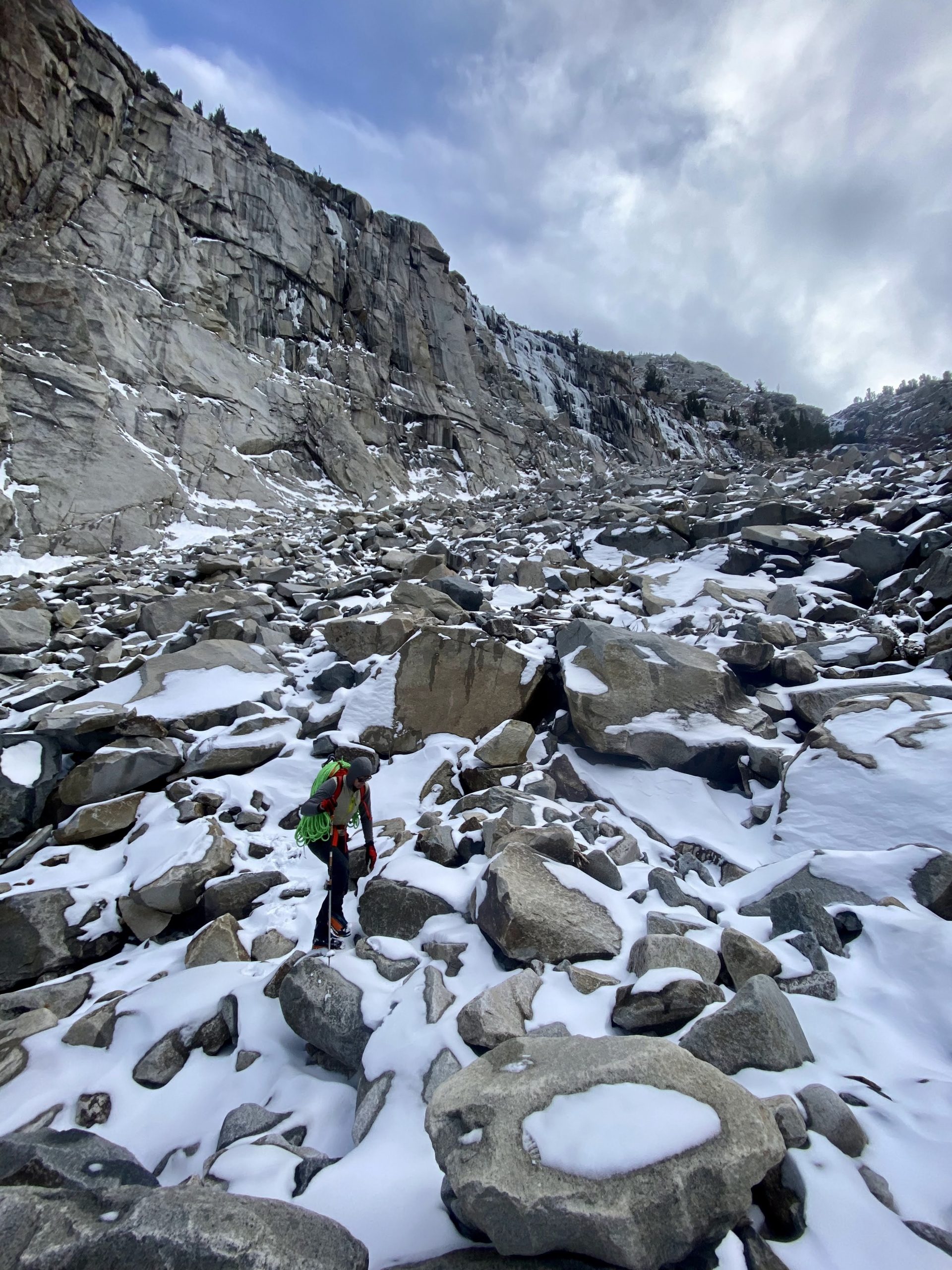 Well it’s been a slow start to the winter out here in the Sierra but that’s changing as we speak. We’ve got a storm hitting that is expected to drop about 5 feet of new snow by the end Tuesday with another smaller storm on the way Thursday. Even with this massive storm hitting this week, the conditions out in Lee Vining Canyon will still be sub par.

I was just out yesterday on a scouting mission and was very underwhelmed by what I saw. Chouinard’s has some ice that is connected all the way from top to bottom with one maybe two sections that are fully protectable by ice screws. We climbed one line on the center left side (the fattest section available) that was mostly wet with a rotten feel to it on the upper half.

The Main Wall has some ice but nothing leadable yet.

The approach was likely the crux of the day with exposed talus covered by a small amount of snow, making our travel out to the wall extremely tedious. Fingers crossed, the approach should be nice and filled in after this storm!

In a nutshell I would say that LVC needs some time to fill in before it’s worth making a trip out. Thin, wet, rotten ice with a side of much exposed rock will surely ruin your brand new picks. On the other hand, if you’re up for some mixed climbing the routes down in the Narrows look nice and dry!