What an exciting month it has been both weather and conditions wise.  “Miracle March” happened and we finally got a little taste of winter after a dry and mild winter.  Plenty of moisture and cold temps came to our neck of the woods giving us some of the best ice conditions as well as easiest approaches that we have had this entire season.  Routes have now formed that have not been in condition all year, and the thin routes have been fattening up these past few days with plenty of moisture sitting above the climbs and cold single digit nights.

Avalanche conditions last week were pretty unique during the storm cycle and our recent avalanche cycle had a danger/hazard rating of “Extreme” for all aspects and elevations with large slides occurring on most drainages last week.  The avalanche activity was so widespread that most folks avoided entering into avalanche terrain.

Our SMG Ice 101 program went into Lee Vining canyon cautiously on Saturday morning spending quite a bit of time covering some basic avalanche education with involved terrain identification and understanding the hazards.  Ice climbers and alpinist can be really vulnerable entering into avalanche terrain. We spent some time in the parking area covering companion rescue and the use of some of the avalanche tools.  We also had folks understand some of the language in the Avalanche Advisory for this area which can be found here:

The road was mostly dry with easy driving and the approach was well filled in where we could wear snow shoes the whole way to the ice.  The creek is still high so snow bridges can be a concern as temps warm.  The most hazardous part of the approach was the traverse above the creek which we mitigated by shoveling a wide path for snowshoes.  most of the steep slopes that we crossed had already slid and did not show signs of instability.  We did see widespread avalanche debris and as temps warm this week wet slab avalanches will be an increasing concern now that there is a real bed surface.

Everyone in our group carried a beacon, shovel and probe and had some level of training of their use.

Things will continue to change significantly as temps warm up this week.  Long days and warm temps will keep things interesting and the approach conditions and ice will change fast.

We found some great ice in the Narrows this weekend that was starting to form with Zippos frozen booger looking climbable. 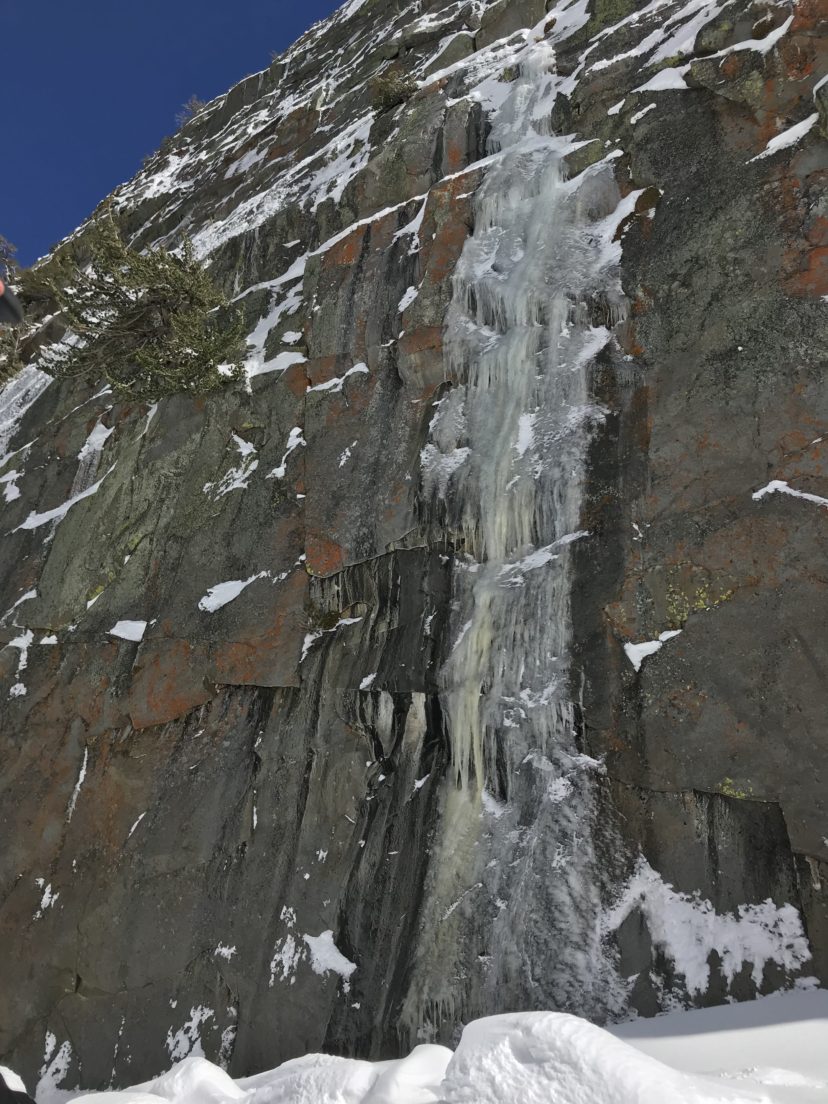 Zippos still growing but in for the first time this year after the storm. (Photo G. Unger 3/25) 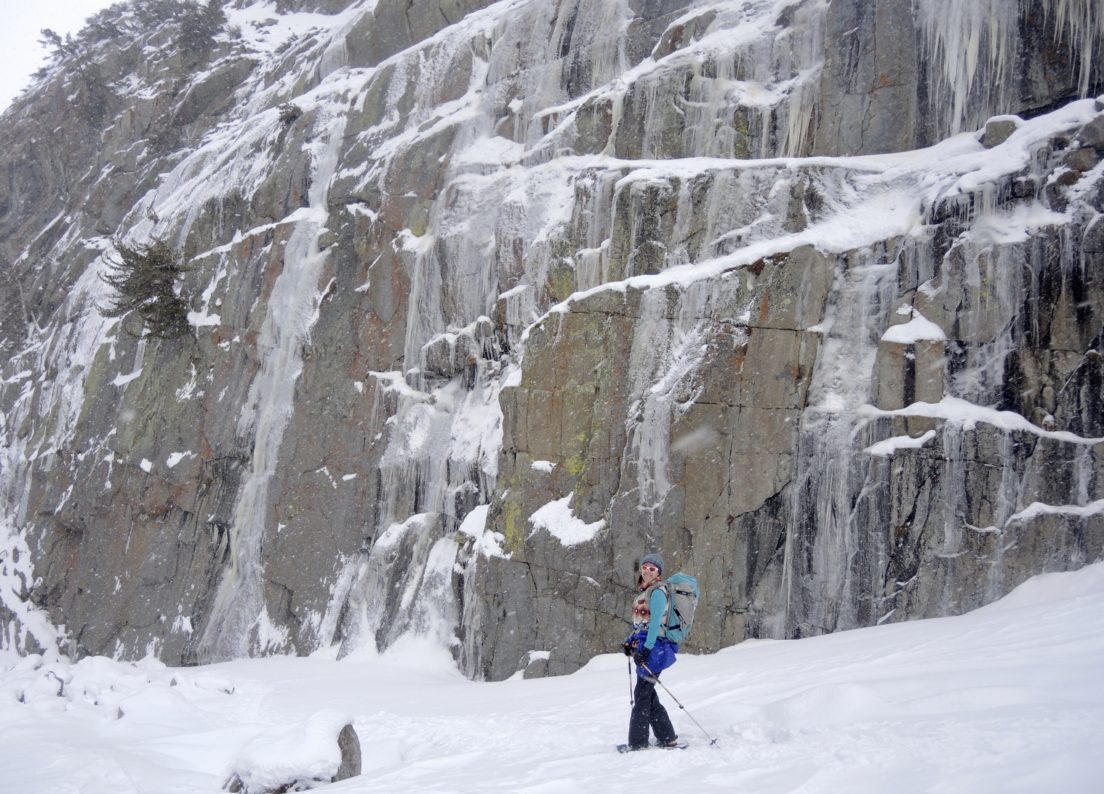 Rachel hiking out below the ice in the Narrows (3/24)

The main wall is but thin though Spiral Staircase has fallen down as it gets afternoon sun this time of year. 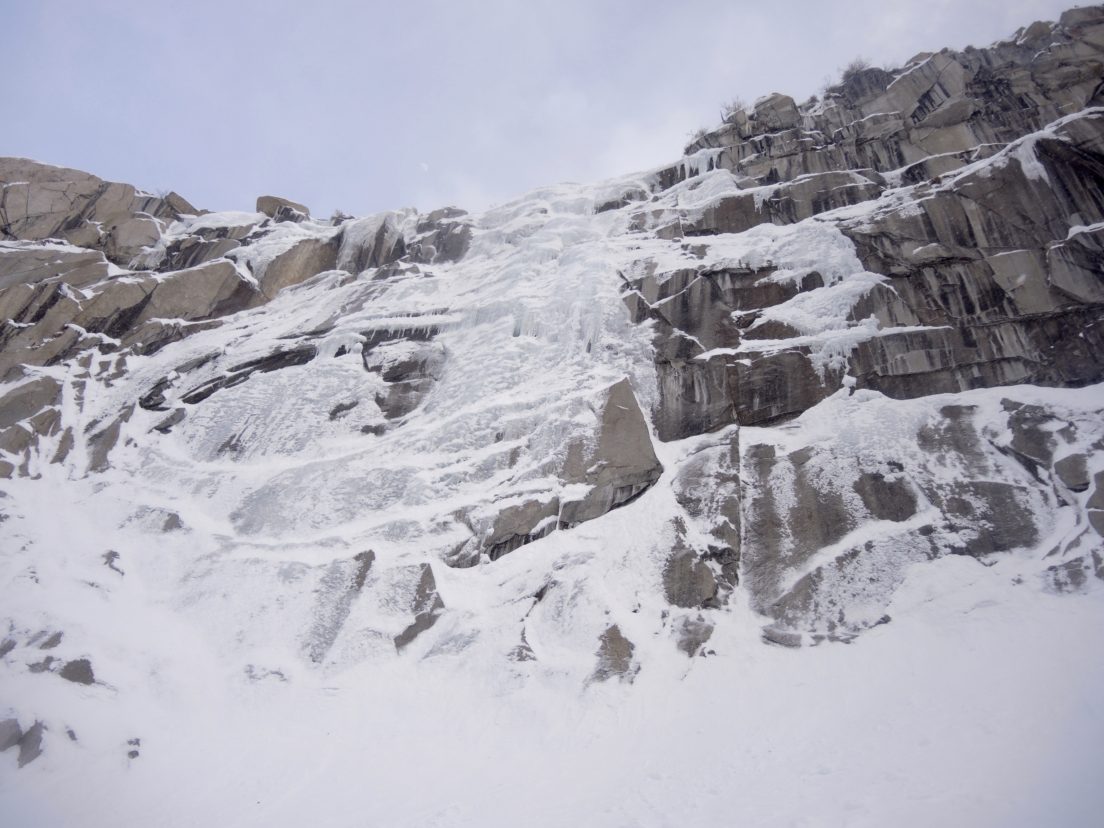 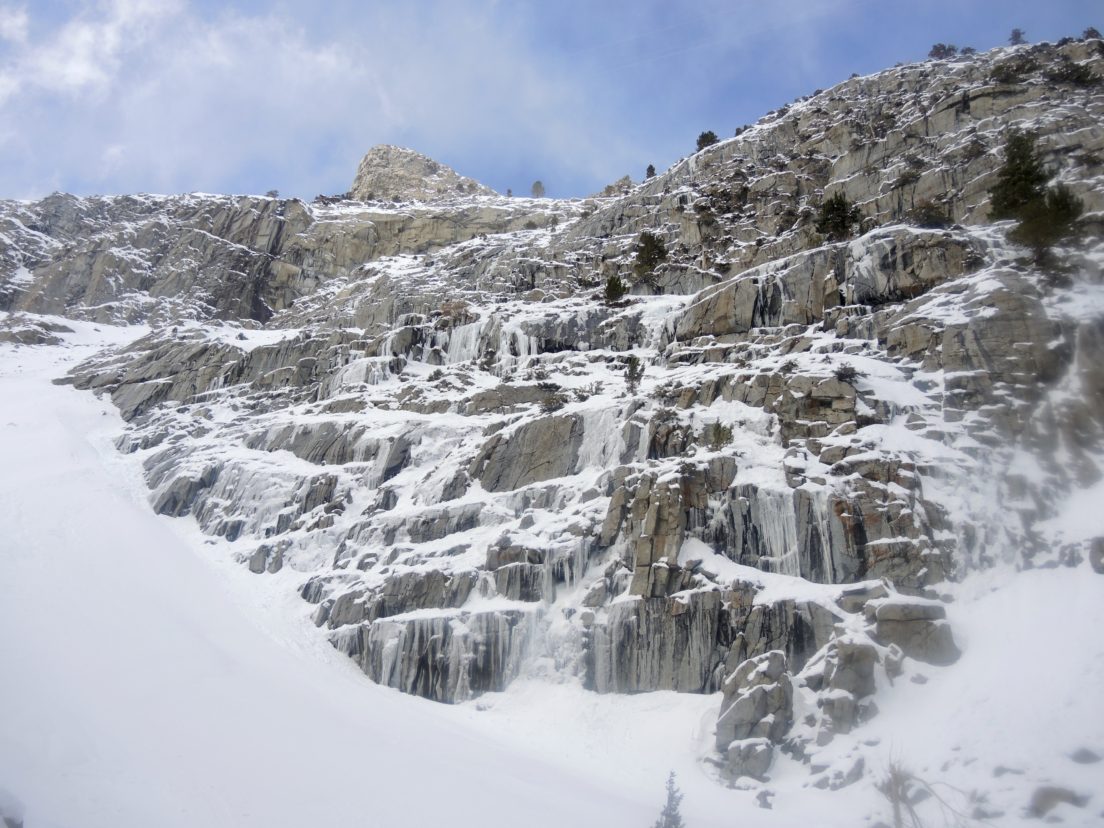 Ice on the north side opposite of the Bard Harrington wall

Chouinard falls has plenty of ice but we did find much of the lower angle ice to be covered with a layer of “Snice” that made it less enjoyable than our usual California plastic ice sticks.  This should improve with more melt freeze cycles. 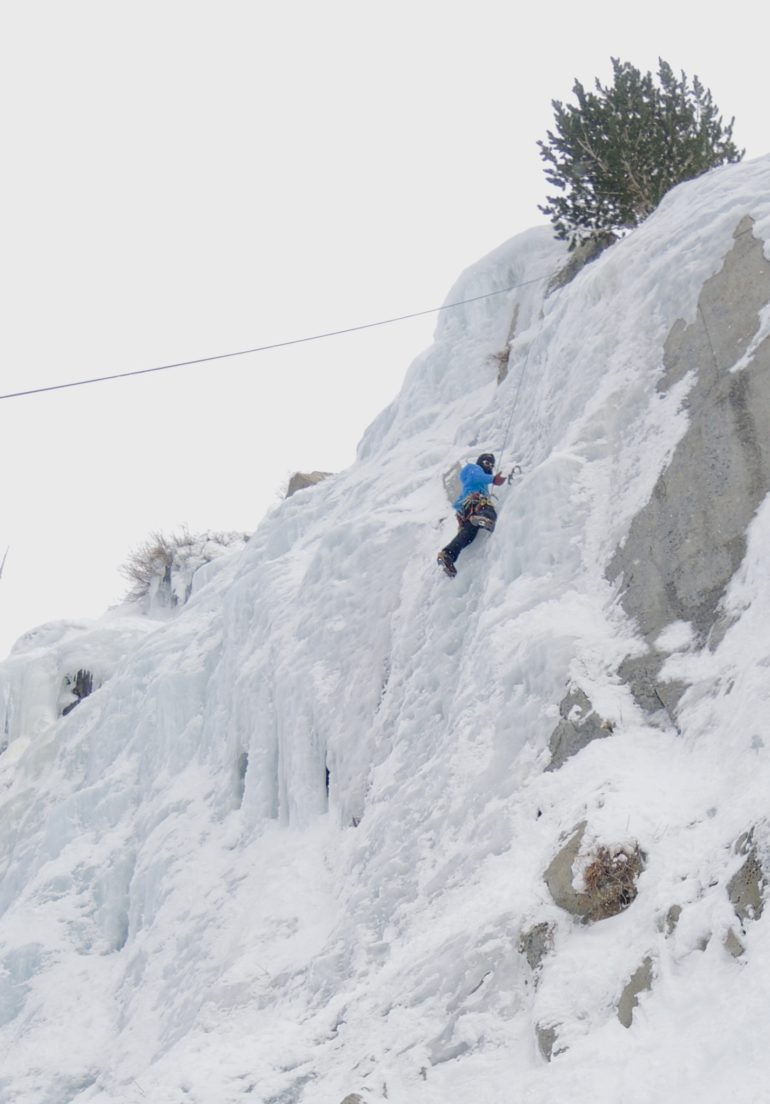 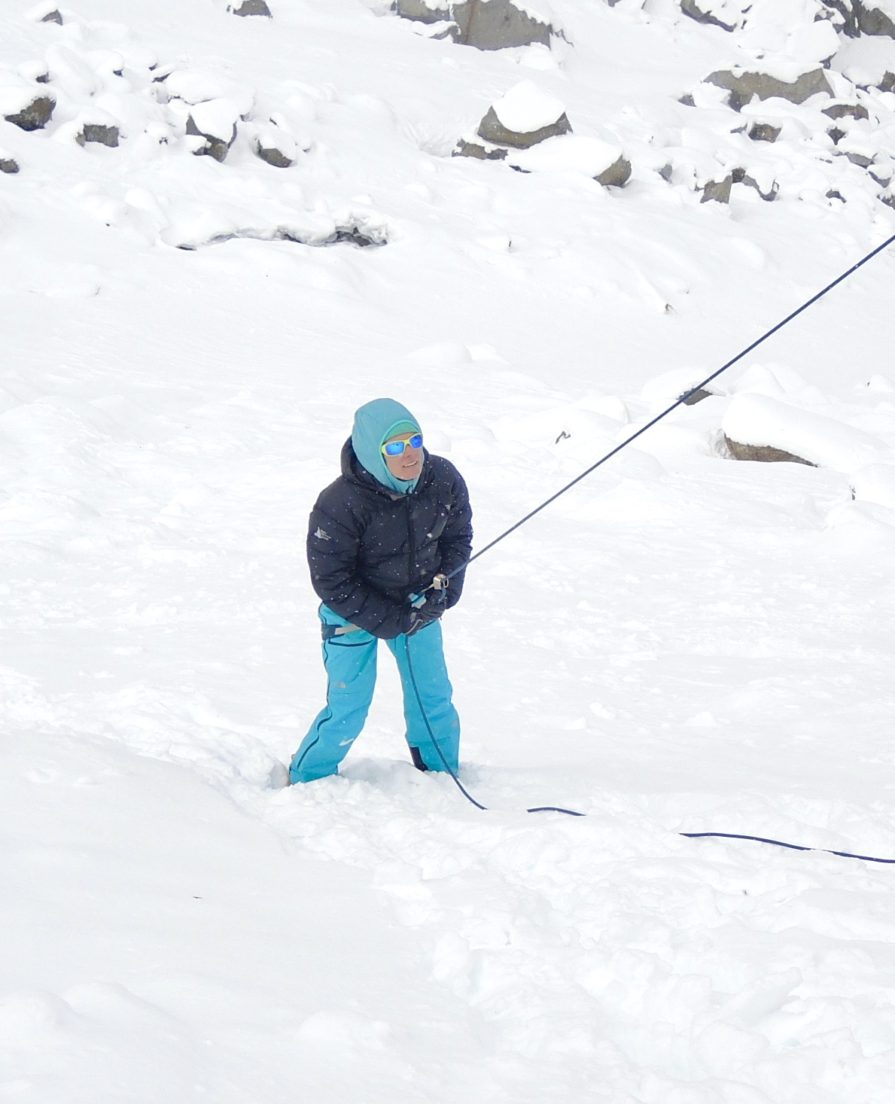 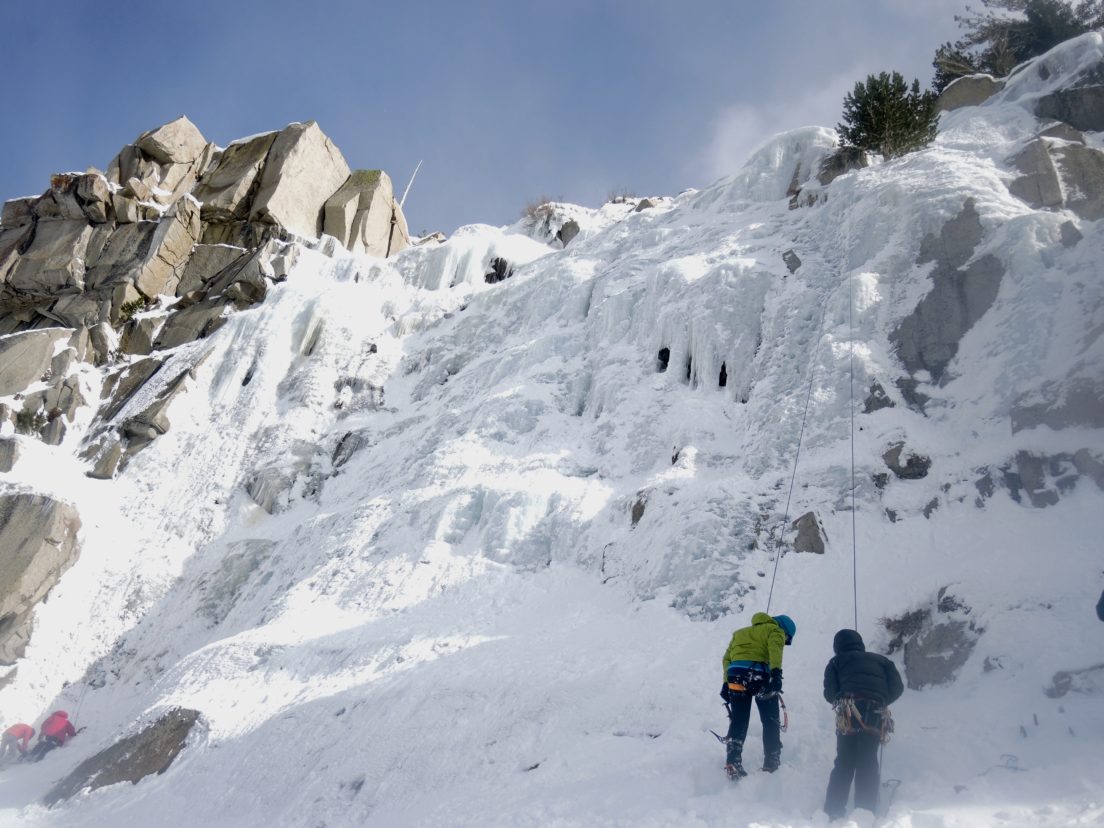 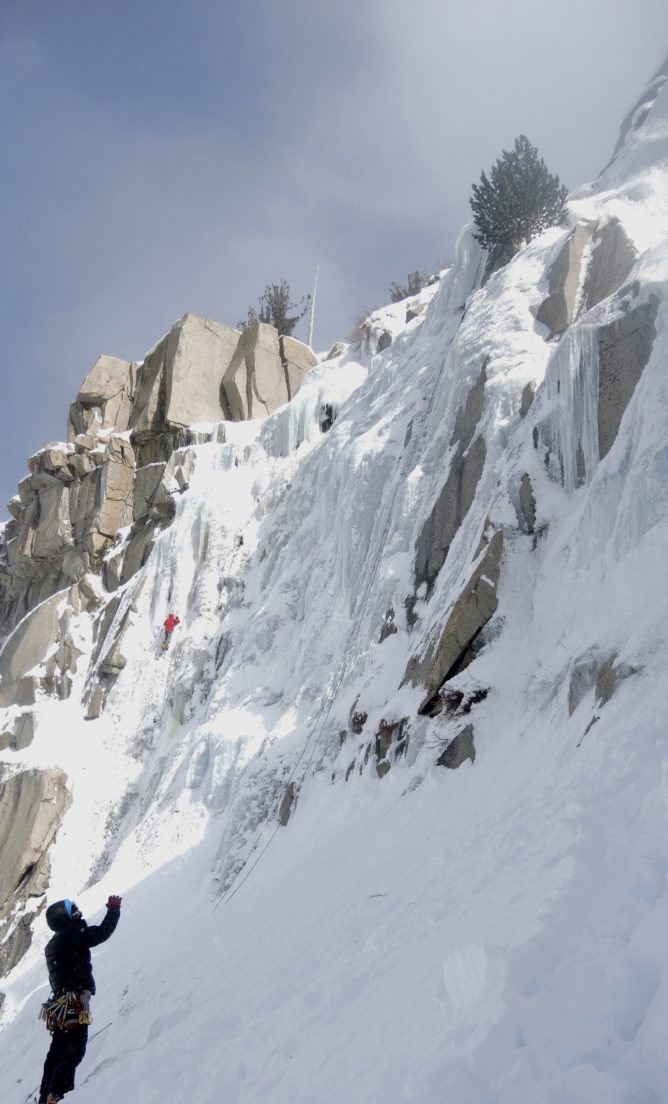 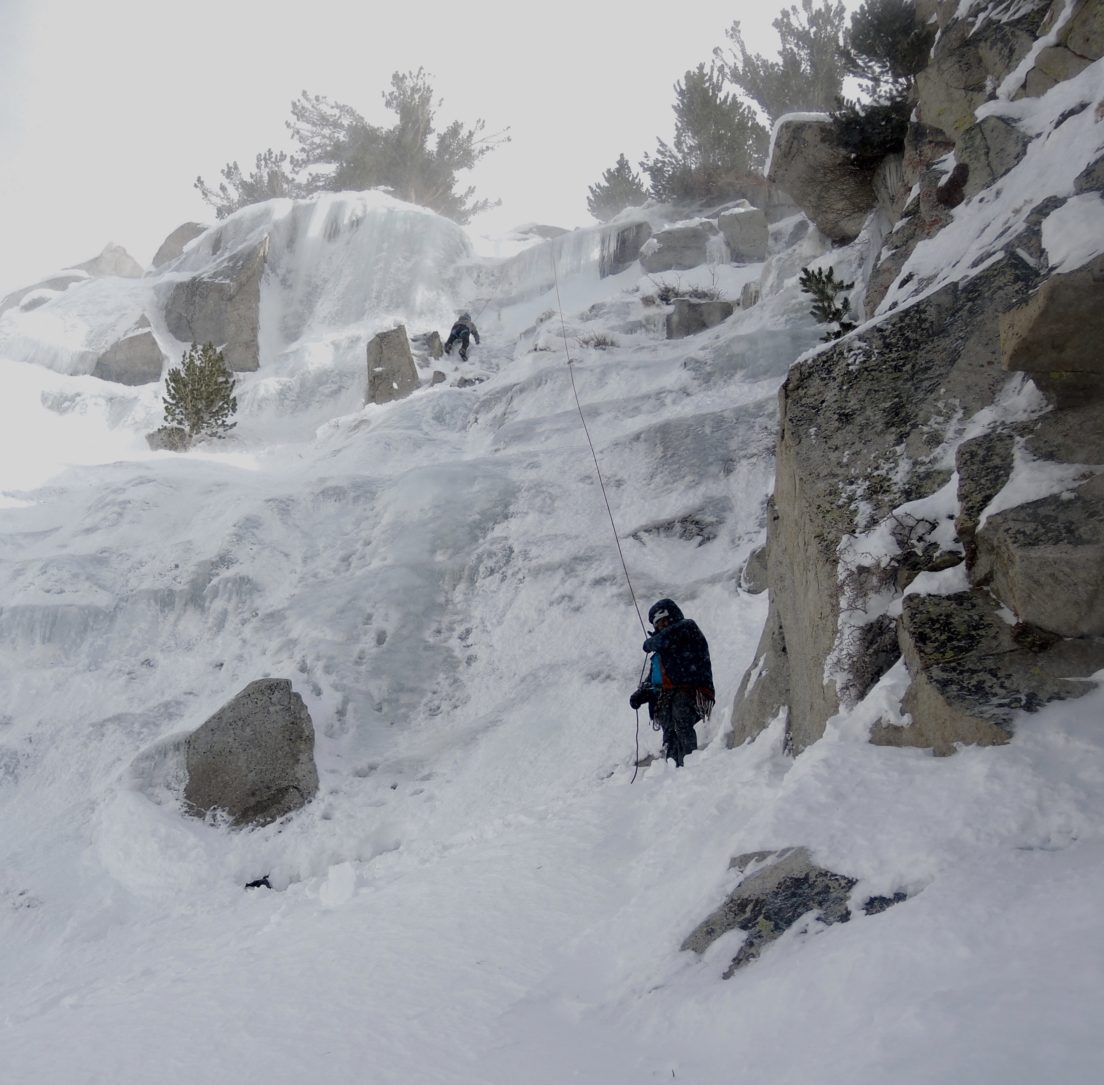 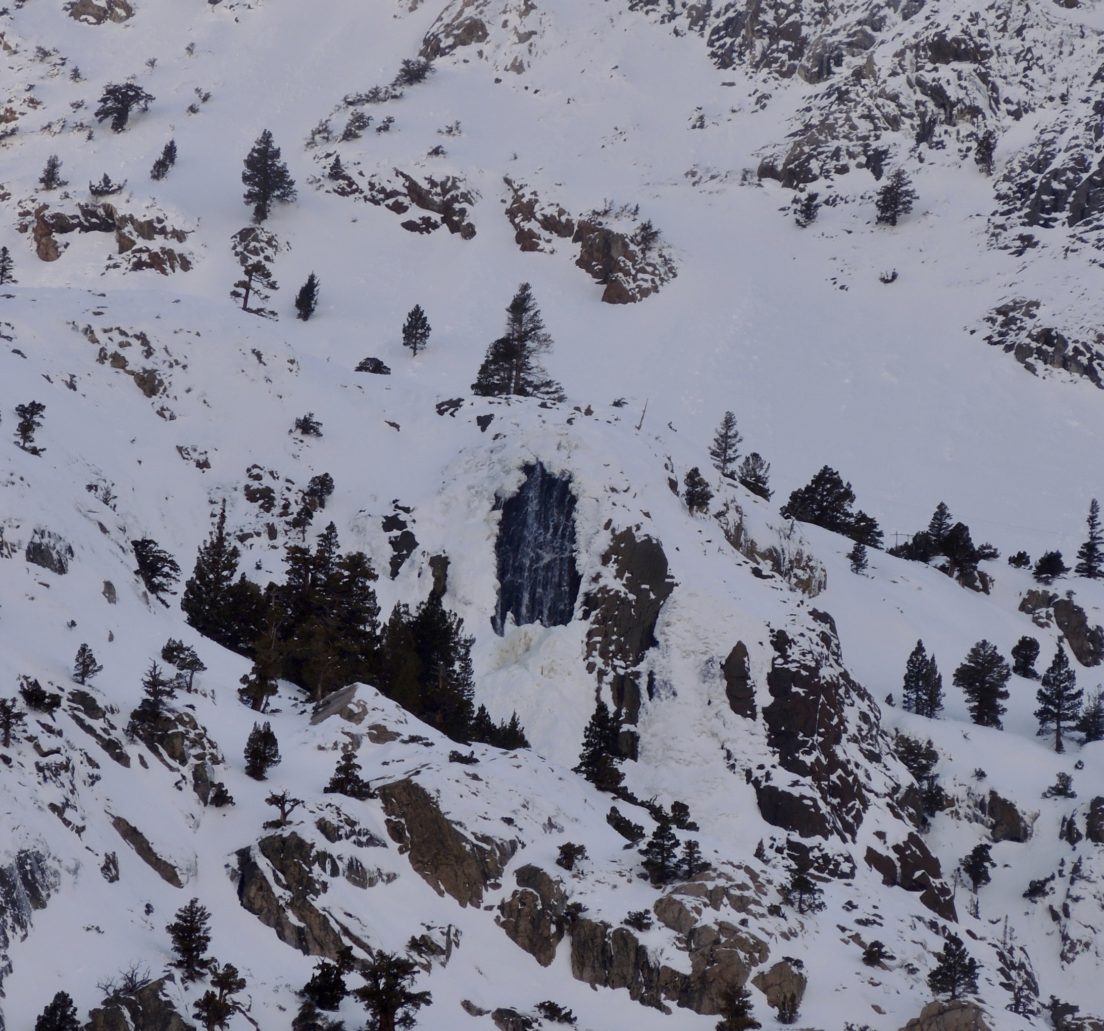 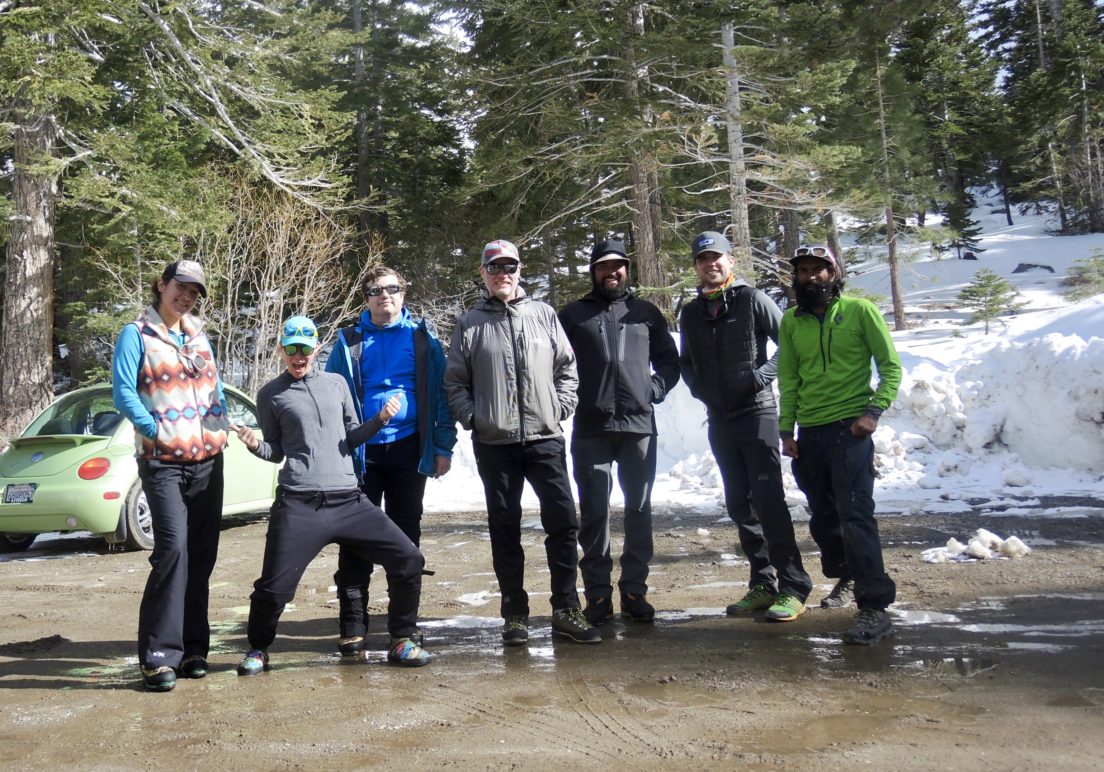