Exercising the Power of Restraint 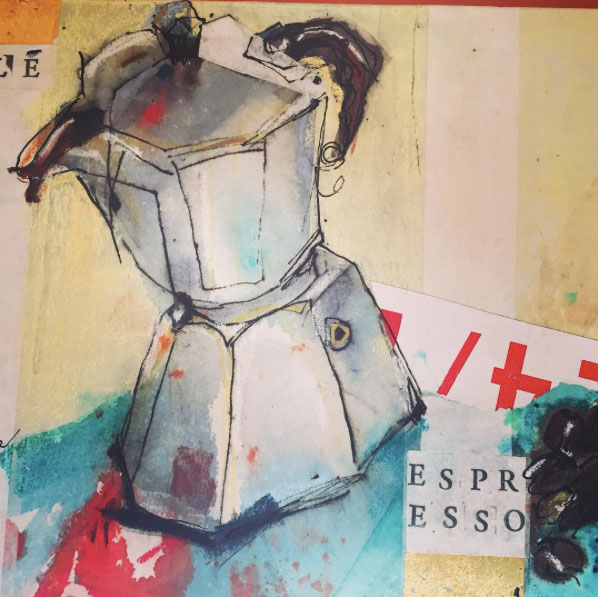 13 Jan Exercising the Power of Restraint

Posted at 11:13h in Conditions Reports, Eastern Sierra Backcountry Snow Report, From the Range of Light & Fast by Howie Schwartz

I quit drinking coffee this fall. Not forever, just for 5 weeks. I do this every fall. It is not easy as I have a mild addiction to the hot beverage. It is not the effects of caffeine as much as the taste. I compensated with more than enough black tea during that time, but it never satisfied the my craving for the ritual of the bean. The grind, the aroma, the percolation and of course, the rich, smooth taste. I do not know if coffee has a net good or bad effect on health and well-being, and I have read articles that suggest it both ways. My mom is an acupuncturist who has said in her eastern teachings coffee (the oil in it, not the caffeine) has an adverse effect on Chi energy balance, and that 90% of human ailments can be remedied by quitting coffee. Tea apparently has a reverse effect. I have no reason to believe that any of this is true, but I know that it feels to me like an indulgence when I drink it for some reason.

Those might be enough reasons to quit coffee, or to resolve to drink more of it. I committed to quit coffee for 5 weeks in the fall for a different reason – as psychological training for backcountry ski season.

Why is it said that we exercise restraint? Why is the word “train” stuck right in the middle? Maybe because self-control is a muscle group that we have to condition like any other. Many people start training their bodies for ski season, but how many are training their minds and their habits? There are relatively few life situations where something so pleasurable can so unpredictably result in something so destructive. Sure, a couple of these may be legal in Nevada, but you pretty much know what to expect there. With powder skiing it seems so pure and innocent, until things go wrong. Managing the lure of dangerous powder slopes in wintry backcountry is not easily done after being in summer mode, especially for Californians experiencing an epic 4-year winter drought.

Why is it said that we “exercise” restraint? Why is the word “train” stuck right in the middle? Maybe because self-control is a muscle group that we have to condition like any other.

The El Niño of 2015-16 has been hailed as the strongest El Niño event on record and the media has been in a frenzy over it for months, overshadowed perhaps only by the new, also record breaking, Star Wars movie. Much like with the new Star Wars, this El Niño winter has been really fun so far, but we have to hope that the next installments will be better than the first. Let’s just say, for both the movie and the backcountry season – the force has yet to awaken.

That said, we have a shallow and variable snowpack. The High Sierra snowpack is still slightly below average for this time in the season. There are persistent weak layers at the bottom and near the surface. The last big storm a few weeks ago caused a natural avalanche cycle, failing near the ground with crowns over a meter deep. The weak layer of depth hoar that helped cause it is still in there. Our backcountry population is jonesing for a drought-busting, legit Eastern Sierra-style season. The stoke is strong and the energy in our community is palpable. El Nino prognosticators have built up our hopes and people have re-organized their lives and their schedules to accommodate it. Add that the backcountry has been amazingly good in select locations in the Mammoth-June areas for about a month now. People are ready for more snow to come so they can step it up and out into bigger Eastside terrain.

Much like with the new Star Wars, this El Niño winter has been really fun so far, but we have to hope that the next installments will be better than the first. Let’s just say, for both the movie and the backcountry season – the force has yet to awaken.

The issue is that the short-mid range weather forecast calls for more small storms and big winds. This will likely trend the avalanche danger up. A pattern change is on the horizon and it could mean bigger snowfall amounts. This may open access to many places that currently do not have quite enough snow to ride. These same places are likely to have shallow and weak snowpacks that will not easily support a new load. If we keep seeing small to medium sized storms then the avalanche danger is likely to ramp up incrementally in the next couple of weeks. If El Niño finally delivers a big 10+’ dump soon that cleans out or deeply buries most of the underlying weaknesses, then we could be in a better situation sooner than later.

Here is what is happening in the French Alps after a slow season start that developed persistent weaknesses was followed by a decent storm:

Until we see some significant changes for the better in the snowpack situation, these next few weeks are likely going to be game on, with higher levels of uncertainty and increasing potential consequences. We are preparing to step it back in the terrain accordingly. We will be waking up early, drinking coffee, watching the weather, reading the all-important advisories issued by the Eastern Sierra Avalanche Center, and exercising our power of restraint. Hope to see you out there choosing terrain thoughtfully, using sound travel techniques to minimize risk, making savvy and well-orchestrated backcountry decisions as a team, and having fun.