Father and Daughter Climb the East Face of Mount Whitney

Posted at 21:44h in Trip Reports by Neil Satterfield
I met John and Kara (17) at the Whitney Portal campground to begin our Father/Daughter climb of the East Face of Mt. Whitney.  After a hearty dinner at the Portal Store we turned in for the night, but not before we had a bear traipse right through camp.  The next morning found us enjoying a grand breakfast at the Portal Store.  After stuffing ourselves we packed up and hiked up to camp above Upper Boyscout Lake.  The approach hike for the East Face includes amazing views, scrambling, berry eating, and roughly 3000 feet of gain.  After setting up camp Kara showed off her new cooking skills she learned on her summer NOLS course.  We hit the sack early for out planned 3am start.  The morning came quickly and with the light of the crescent moon we launched from camp at 4am.  Most of the approach to the base of the climb was done in the dark and we found ourselves racking up just as the alpenglow hit the rock.  We started rock climbing around 6am and thirteen pitches later found ourselves on the summit.  After some snacks and a register singing we descended the Mountaineers Route back to camp.  Day three had a leisurely 6am start, a tasty breakfast, and an enjoyable descent back to the cars.  The East Face is truly a classic climb and being able to share it with John and Kara was awesome.  Great job team! 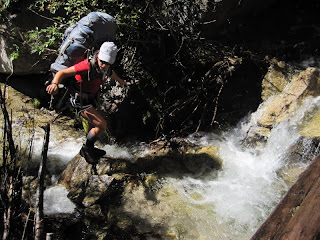 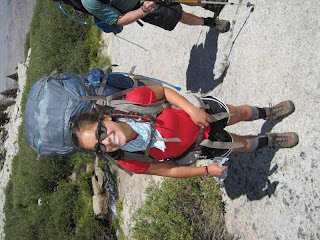 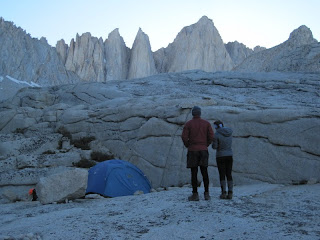 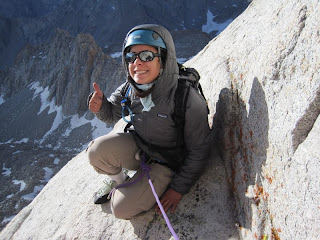 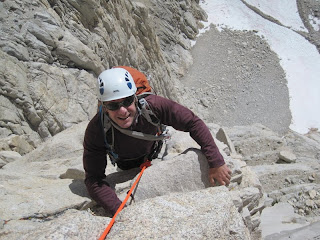 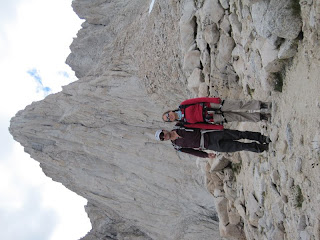