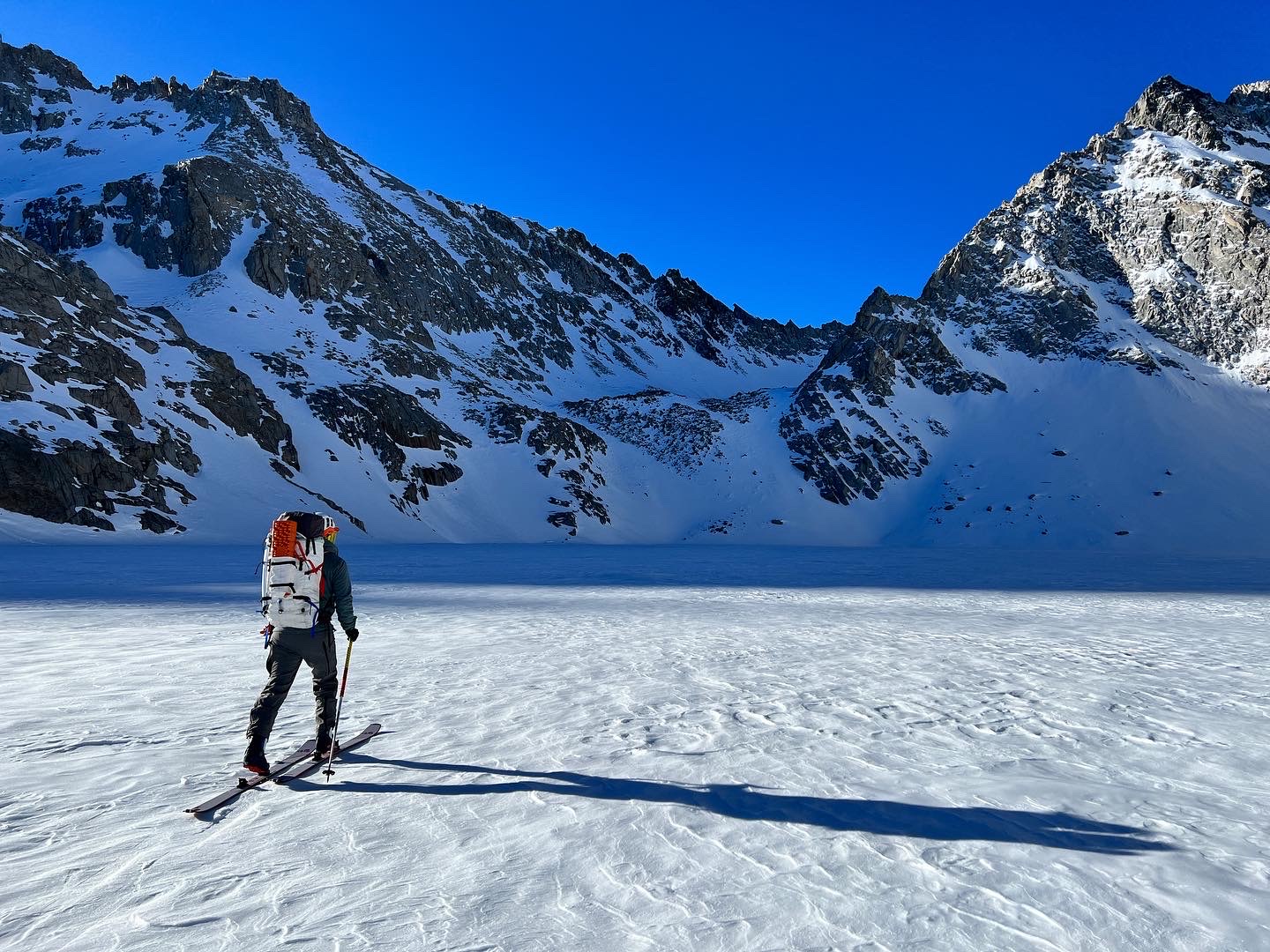 Ah, the winter of feast or famine. What started off so promising, with a record breaking December snowpack, quickly turned to a mid winter where the headlines were major wind events and little snow.

During January and February, we were able to ferret out snow that skied quite well, considering the lack of any meaningful refreshes, though in the back of our minds we were just looking forward towards the longer days of March, when the settled snowpack could provide a means to visit the high country and embark on some of the longer tours the range has to offer.

While the Mammoth area received 4” of new snow on 3/19, which provided some excellent soft skiing opportunities in the Mammoth and June backcountry, the southern Sierra received but a trace of that. Looking towards the high peaks out of Bishop, it is apparent that the snowlike is racing quickly uphill and is thinning every day. Despite the look of summer on the Eastside, the Kings and San Joaquin watersheds are still reporting around 60% for their March 1 snow surveys (though closer to 50% based on April 1 projections), and satellite imagery shows adequate coverage in much of the High Sierra.

Lower elevations are burning out the fastest, and significant dry sections of trail should be expected up to 10,500’ in the Southern Sierra if attempting to ski anything out of Shepherds Pass or Taboose areas, and in the Big Pine region walks of around 5 miles before putting skis on should be expected. As you get farther north things improve markedly. Sabrina currently has snow all the way to lake level, as does North Lake, though will be gone soon with the warm temperatures.

With this in mind, we recently completed a successful Evolution Loop ski tour that went from Lake Sabrina to North Lake, crossing the Sierra crest at Echo Col and Lamarck Col, and with a few very short sections of walking, were able to keep our skis on and enjoy good to adequate coverage for the entire tour.

Snow conditions, on the other hand, are very aspect and elevation dependent. With poor refreezes, elevations below 9800’ have had isothermal, treacherous ski conditions in many locations. At higher elevations, surfaces range from pockets of recent wind affected new snow, large sastrugi from our many wind events, and breakable crust on west, north and northeast aspects, while the more solar tilting slopes (east and south) have been producing more consistent results for corn-like skiing.

All in all, the Sierra Nevada can be a frustrating place to be a backcountry skier in a drought year, but there is hope out there, and if you are willing to head out with an adventurous mindset (and strong knees!) then there is still plenty of fun skiing to be done before it all ends up in the creeks.