Sunshine Daydream in the High Sierra 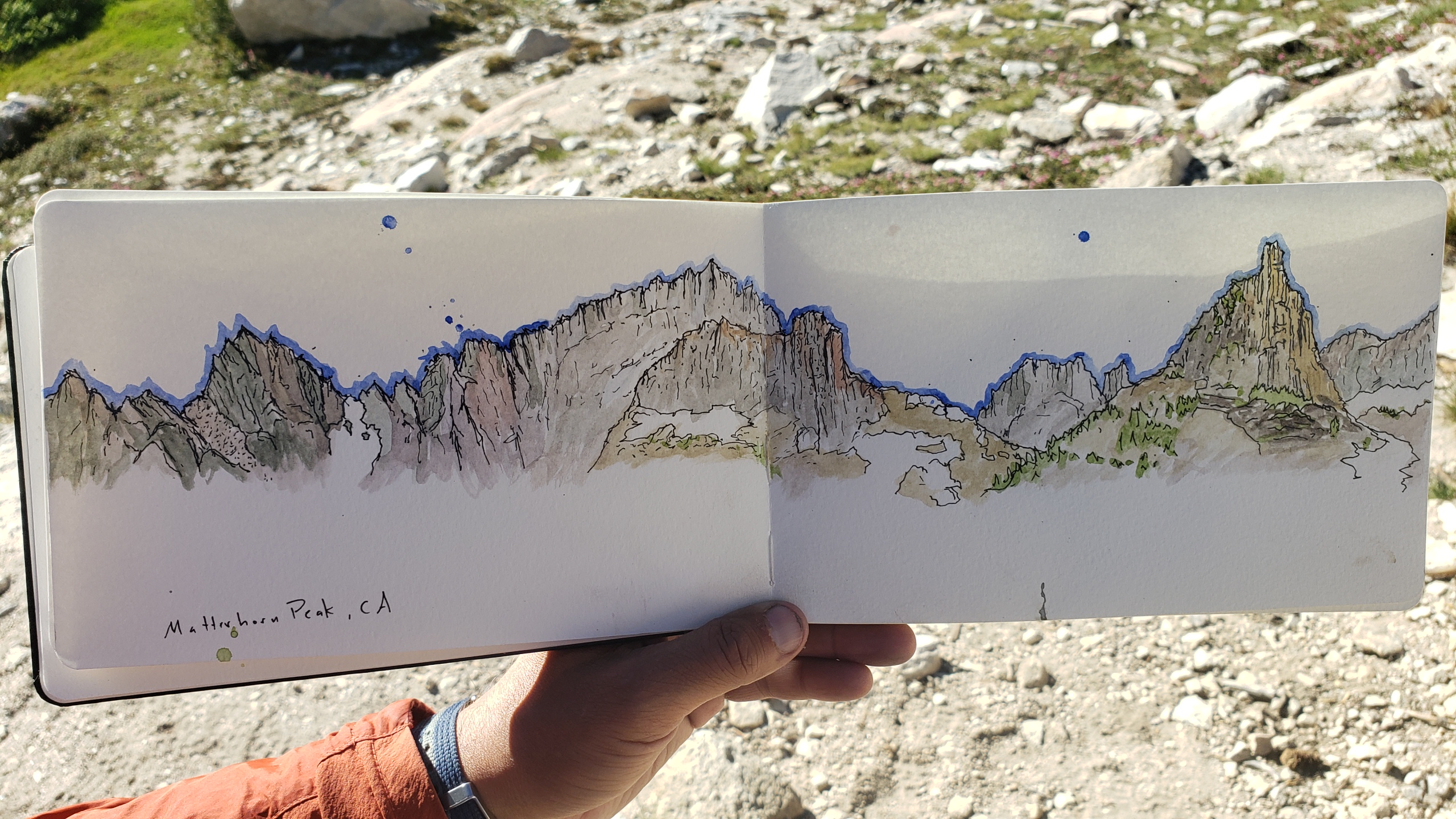 Posted at 07:53h in Adventure, Conditions Reports, From the Range of Light & Fast, High Sierra Alpine Report by SMG Office

While sitting on the Kahiltna Glacier towards the end of May, I received a message on my InReach that read “Its full-on Summer in the Sierra.” After weeks of hauling sleds and digging cache holes, I was ready for a change of pace. Daydreams of pristine high alpine meadows, evening bouldering sessions with friends and lazy afternoons paddle boarding flooded my imagination. Ready to exchange my thermal base-layers for scantily clad running shorts and sticky rubber shoes, it was about time for Summertime in the High Sierra.

Upon arriving back to the Golden State, I became immediately immersed in a variety of mountain outings. Enjoying numerous valleys and drainages from Bridgeport to Lone Pine. These ventures ranged from professional to personal and each trip has been a true delight.

Within less than two weeks of summiting the highest peak in North America, I was standing on the roof of the Lower 48, Mt Whitney, was a pleasant contrast. Although Mt Whitney’s rugged conditions in the Winter months can be a great training grounds for Denali, this trip would prove to be quite the opposite. Omitting the gale force winds experienced on the evening of June 12th, our team enjoyed mostly sunny weather and a slight breeze. Our route up the Mountaineers Route would prove to be dry, and the need for our sharps was rendered useless by the lack of snow in the famous gully. Instead, Freddy, David and I were able to navigate our way to the summit needing nothing more than helmets, sticky rubber and a keen sense for micro-route finding. The mosquitos were kept at bay due to the consistent light to moderate winds, making time spent at camp, a pure delight.

Days later, I would find myself in the North Fork of Big Pine Creek for a lovely jaunt up the Swiss Arete on Mt Sill. As anyone that has been into the Eastside of the Palisades knows, the approach is work. To access “the most mountainy, mountains” in the High Sierra one must negotiate over 8 miles of trails, cross-country travel and around 4,000 ft of elevation gain along the way. Anecdotal experience has led me to discover that in early summer, the zone between 3rd Lake and Sam Mack Meadow can be a mosquito haven. This proved true on June 27th, as the winged parasites were relentless in this zone as we approached our high camp. As we ascend higher into the alpine, dryer conditions and a slight breeze helped fend off this nuisance.

The Palisade Glacier consisted of easy travel on sun-cups and soft snow. The crux of the entire outing was accessing the upper snowfield via Glacier Notch. The notch is pretty much all dry and the transition from the snow to the rock was firm with bits of gravel and rock exposed. Increased traction, or some other layer of security would be advised on this section for anyone else venturing into the area in the coming months. Our team navigated this section with caution before arriving at a rapidly melting “L-Shaped snowfield,” Which makes up the North Couloir of Mt Sill, and our descent from the route. On the Summit, we were able to spot 2 individuals at the summit of North Palisade, SMG Guide Mike O’Connor and his guest Edwin. The two had climbed Polemonium and North Palisade on this day via Palisade Basin on the Westside, way to go Mike and Edwin! Finally, the descent down the North Couloir of Sill after gaining Apex Notch. Our team found  a mix of dry 3rd class scrambling followed up by plunge-stepping down soft, sun cupped snow.

Soon after the Mt Sill trip, I was treated to an Independence Day escape into the Hoover Wilderness with Anthony. Our time in the Horse Creek drainage was a treat. With minimal mosquitoes, and clear conditions, we enjoyed camp near the Glacial Tarn that was nothing short of magical. The entire drainage was popping with an array of wildflowers; Sierra Columbine, Giant Red Indian Paintbrush, Penstemon, Sierra Stonecrop and Pink Mountain Heather. The combination of lush alpine grasses and swaths of wildflowers could only be enhanced by the rugged granite peaks of the Sawtooth Range. After arriving at camp, Anthony got to work on a stunning watercolor painting of the soaring peaks and technicolored meadows where we found ourselves immersed.

The next morning, we would climb the East Couloir of Matterhorn Peak on a clear July 4th. As holiday festivities raged down below in the county seat of Bridgeport, we enjoyed our own world of granite majesty. The route up Matterhorn was reminiscent of that on the Mountaineers route on Whitney. With a little more snow present at the base of the gully, and one small section lingering about two thirds the way up the route, our travel was predominantly on 2nd to 3rd class rock and scree. As always, the summit of Matterhorn Peak provided sweeping views of Yosemite National Park to the West that are nothing less than awe-inspiring.

Most recently, I found myself in another Yosemite adjacent zone on an attempt to climb Mt Ritter. This trip would prove to be the hottest and buggiest experience of the summer, thus far. As Chase and I approached the secluded Nydiver Lakes, we were greeted by a lush meadow, beautiful Heather and several pristine alpine lakes. This area was far less buggy than the popular Ediza Lake and lacked the traffic often found when camping adjacent to the PCT or the JMT. Ascending the mountain ended up not being in our cards for this trip, and instead the two of us enjoyed the splendors of the low country in the Ritter Range and all its beauty.

Each trip into the mountains has proven to be special, leaving me grateful for the opportunity to explore and share this range with so many different individuals. For those heading into the hills in the coming weeks, be advised of Mosquitos on low to no wind days in watery areas around 10,000 ft. The sun is intense, so don’t forget the sun hoody. Most of my encounters with snow have been easier traveling on soft and sun-cupped snow, with appropriate technique and traction. The limited remnants of winter are quickly fading, but still exist at higher elevations and in shady north facing aspects.  Smoke has finally become present on the Eastside, but pending localized and prevailing wind direction, it may or may not be evident. Checking CalFire, your localized forecast and the current AQI, may help you predict smoke conditions in any region. Lastly, don’t forget to slow down and take in how powerful and majestic the High Sierra can be in Mid-Summer conditions.