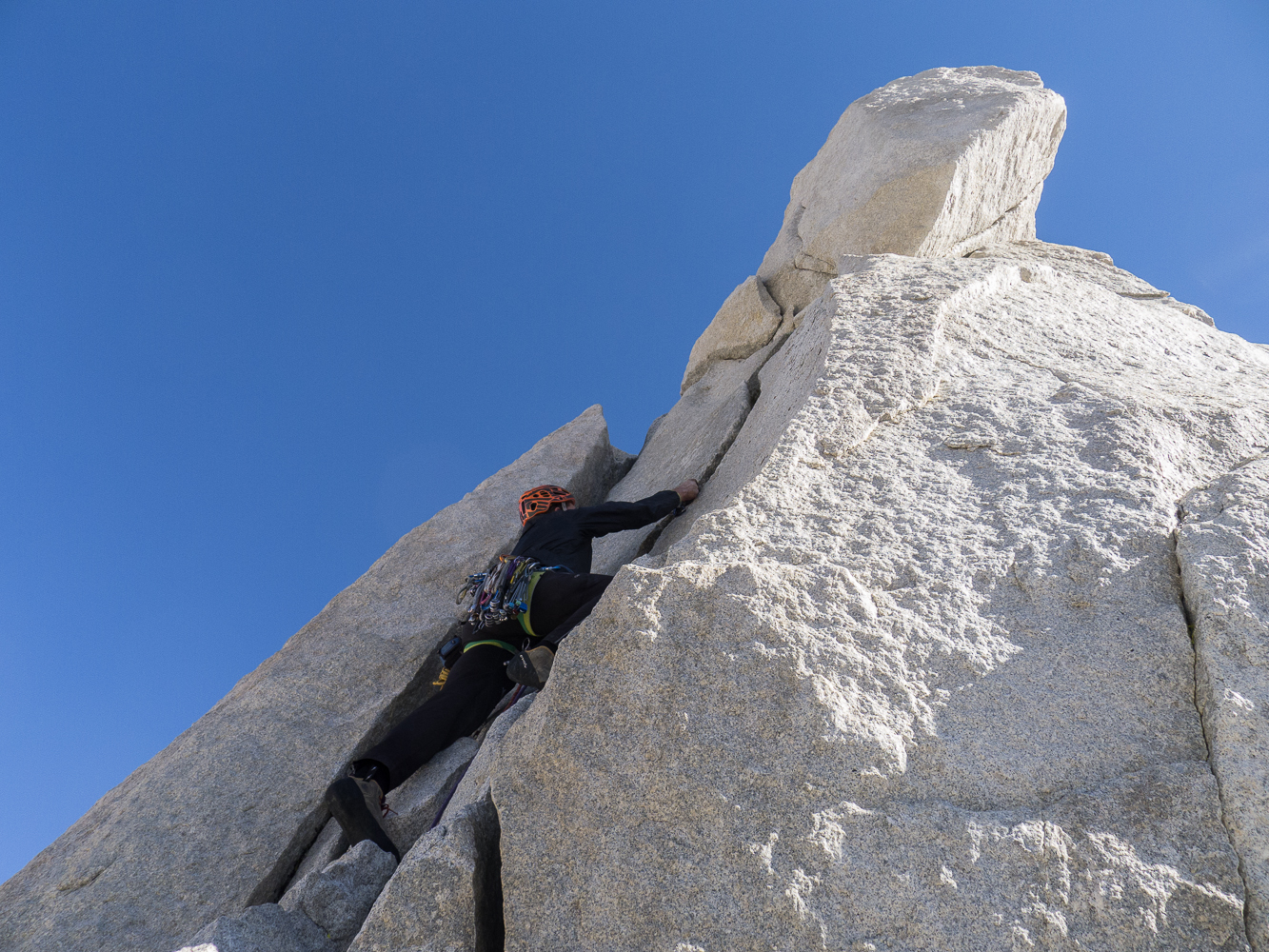 We offer a 3-day standard and 4-day porter supported itineraries.

We would venture to say the North Buttress which is probably the most fun alpine rock climb of its grade in the High Sierra, which says a lot. We offer a 3-day standard and 4-day porter supported itineraries. For summer 2015 we have scheduled dates at promotional pricing for the porter and camp supported 4-day program at an optimal guiding ratio of 1:1.

We offer these programs by custom private arrangement also, with a maximum guiding ratio is 2:1.

The most fun alpine rock climb of its grade in the High Sierra.

North Buttress (IV, 5.10b)
Funny story: Bob Harrington, Sierra rock climber and route pioneer, lives down the street from our Bishop office. He first climbed the North Buttress of Merriam Peak with another Eastside climber and climbing adventurer Vern Clevenger in 1976 on a lark. I asked Bob about the quality of it and he said, “Ah, that heap?,” referring to the loose rock. Well, for years I didn’t do it because nobody said anything great about it. Suddenly, I started hearing reports of what a stellar route it is. Turns out a local Sierra hardman who shall remain nameless fixed a rope on the route a few years back so he could run solo laps after working trail crew in Pine Creek. Well, now the route is clean. Go figure. We would venture to say this is probably the most fun alpine rock climb of its grade in the High Sierra, which says a lot. Part of that is the setting at Royce Lakes, which is spectacular. We offer guided ascents in two formats: a 3-day regular climbing program and a 4-day program with porter support.